10,000 killed in Yemen’s 18-month-old war, according to United Nations

HomeAppeals10,000 killed in Yemen’s 18-month-old war, according to United Nations

The UN has confirmed that at least 10,000 people have been killed in Yemen during the last 18 months of civil war, which has also forced 3 million people from their homes.

The figures, based on official information from medical facilities in Yemen, are a vast increase on previous estimates.

As well as displacing 3 million Yemenis, the conflict has forced 200,000 to seek refuge abroad.

Sami Jassar, working for Islamic Relief in Yemen, said: “Since March last year the situation has got worse. Now, 80% of people in Yemen need humanitarian assistance.

“Goods can’t come into the country, and where they can there are strict allowances.

“There has been a price increase of more than 100% in essential goods, such as food, and specific medicines can’t be found on the market.

“Fuel shortages mean we have no diesel to power water pumps.”

The conflict is concentrated in two cities, the capital Sana’a and Yemen’s third largest city, Taiz, where hospitals, schools and other essential infrastructure have been badly damaged.

Islamic Relief is reaching people in 18 out of Yemen’s 22 governorates, and delivering food aid in partnership with the World Food Programme.

Our emergency operation aims to reach 70,000 people in the worst affected areas.

Read more about our work in Yemen here. 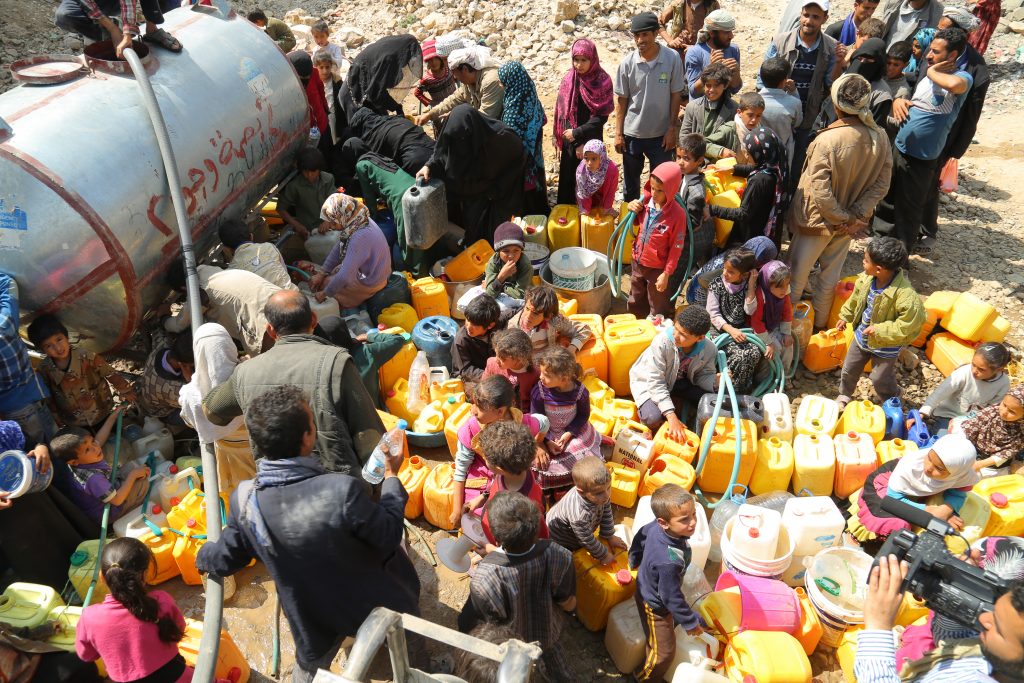