As Islamic Relief prepares for pivotal climate summit, we call for urgent action

We have reached a tipping point and the time to act is now, warns Islamic Relief as we prepare to hold world leaders to account at the UN climate change conference in Glasgow, Scotland.

Launching the World Meteorological Organization’s State of the Global Climate 2020 report in April, the UN Secretary-General called 2021 the “make or break” year to address the global climate emergency. The report warned that the change in climate is accelerating towards irreversible consequences.

We know first-hand that the rapidly changing climate is already devastating many of the world’s poorest communities. At COP26 we will shine a light on their plight and demand world leaders take swift action to address the worsening impacts of climate change.

“The best time to plant a tree was 20 years ago. The second best time is now.” – Chinese proverb

While the consequences of climate change affect every person in every country on every continent, they don’t do so equally.

Poor and vulnerable communities with traditional, ‘low-carbon’ ways of life have contributed little to global climate change. But since they depend on local biological diversity, ecosystem services and cultural landscapes as sources of sustenance, they are the hardest hit by the changing climate. And they are the least equipped to cope.

Women and girls are more vulnerable to the effects of climate change because they constitute the majority of the world’s poor, who are overall more affected. They are more likely to be dependent climate dependant livelihoods such as agriculture which are threatened by worsening impact of climate change.

Despite being most impacted by climate change, women are often excluded from decision making around climate change adaptation. Islamic Relief therefore advocates for their voices to be heard, and for women to be central to global adaptive responses to climate change. Adaptation policies must place greater focus on women and on indigenous communities.

Only 10% of climate finance is allocated towards locally-led adaptation; this is not enough. We are calling for a recommitment of $100 billion annually towards climate finance and for at least 50% of this to be ploughed into crucial adaptation work.

It is also important that there is support that is accessible and responsive to the needs and rights of women, children, indigenous peoples, people with disabilities and other marginalised groups.

Furthermore, we must support vulnerable communities to use, enhance, and adopt local practices that have been preserved for centuries. 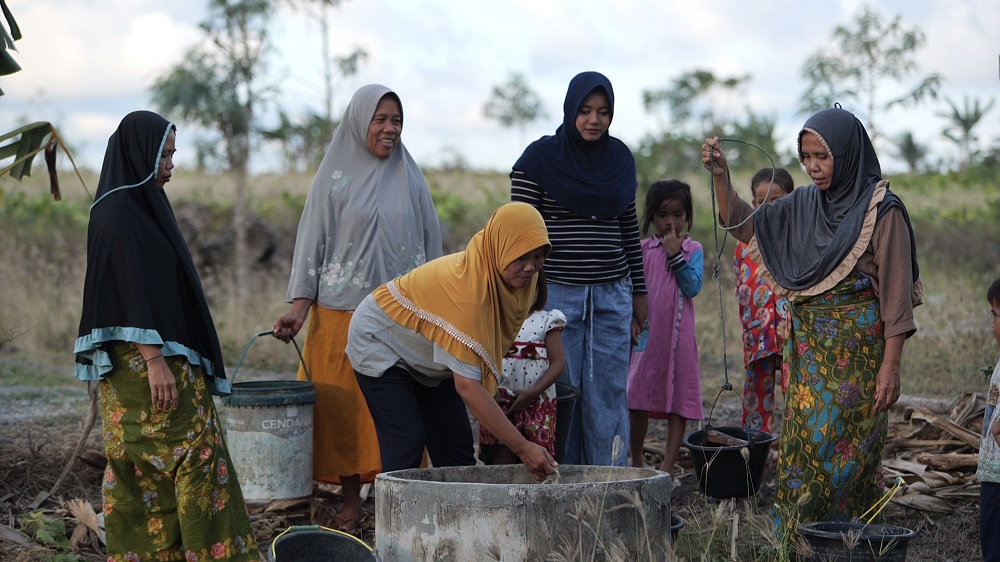 Uprooted by the climate crisis

Some families are using migration, either voluntary or involuntary, as an adaptation strategy in response to unprecedented changes in the environment. However, it often ends up being a double-edged sword as little national or international support is given to uprooted communities hoping for a better life.

Currently, there is also limited data and finance dedicated to social safety net programmes or inclusive early warning systems for climate migrants – especially women and children, who are particularly vulnerable.

Islamic Relief are calling for the introduction of mainstream climate-induced migration responses within climate change planning, response and financing. This should include investment in inclusive early warning systems and social safety net programmes that are accessible to local communities, especially women and indigenous communities.

Another grim reality is that climate migration is fuelling conflict, as migrants seeking livelihoods elsewhere can clash with communities over access to precious – and increasingly scarce – resources.

Unmanaged and poorly planned migration is often a contributing factor in such communal conflict, as a new report by Islamic Relief shows. ‘Adapting to Instability’ examines the conflict-climate nexus in central and northern Mali, where violence is flaring between farmers and pastoralists – in part due to the lack of clear demarcations between farmland and land available to nomadic herders.

Our second report to be published ahead of COP26, ‘Climate Induced Migration in Pakistan: Global discourse, local realities and governance’, explores climate induced migration in Pakistan. It shares insights on the challenges experiences by climate migrants in Balochistan, Sindh and Khyber Pakhtunkhwa.

And do not commit abuse on the earth, spreading corruption.” (Qur’an, 2:60) 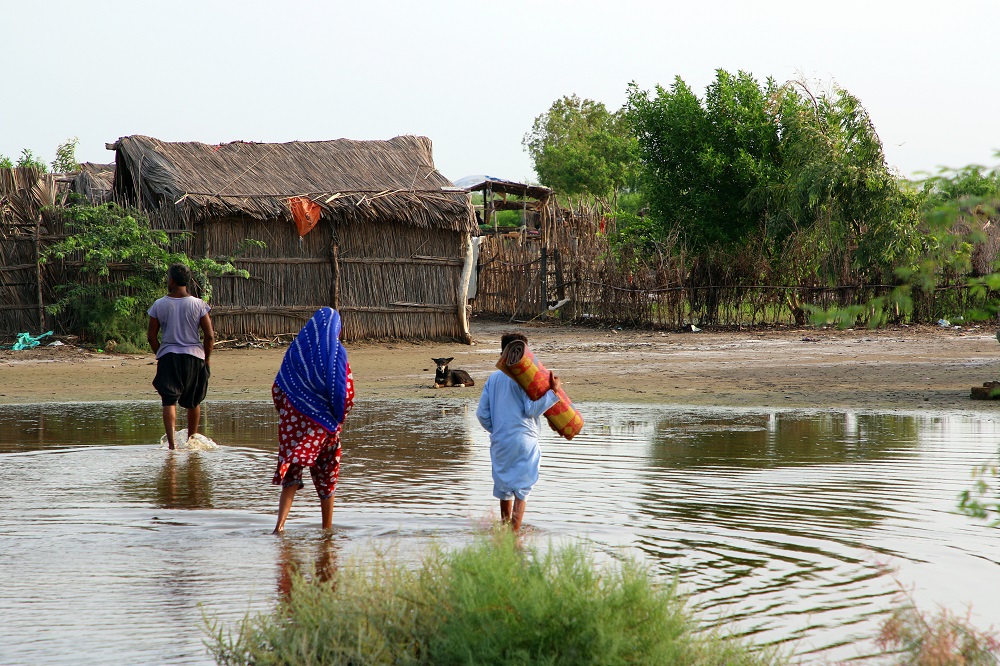 The 2020 flooding in Sindh, Pakistan, displaced many people.

“The consequences [of global warming] will continue to get worse… and for many of these consequences, there’s no going back.”- IPCC author Professor Ed Hawkins

Just Transition is defined by the Just Transition Alliance as “a principle, a process, and a practice.” The aim is to shift power from an economy reliant on fossil fuels to a regenerative economy that will sustain the planet, while maintaining the rights and livelihoods of workers. To do this, a new Just Transition Fund should be established to redirect economic support for fossil fuels towards greener alternatives.

Reducing global emissions to net zero in line with the 2019 Paris Agreement will be a crucial step in ensuring climate justice and creating a future in which all communities can thrive.

The transition itself must also be just and equitable, with a focus on social inclusion and poverty eradication. To allow this, Islamic Relief calls for the creation of a national plan, such as a Green New Deal, to deliver Just Transition and set a clear mandate for industrial planning, delivering social justice and rapid decarbonisation.

Islamic Relief endorses the empowerment of workers: trade union legislation must be revised so that union members are able to take legitimate industrial action if they feel that their workplace is at risk of being left behind as the world decarbonises. 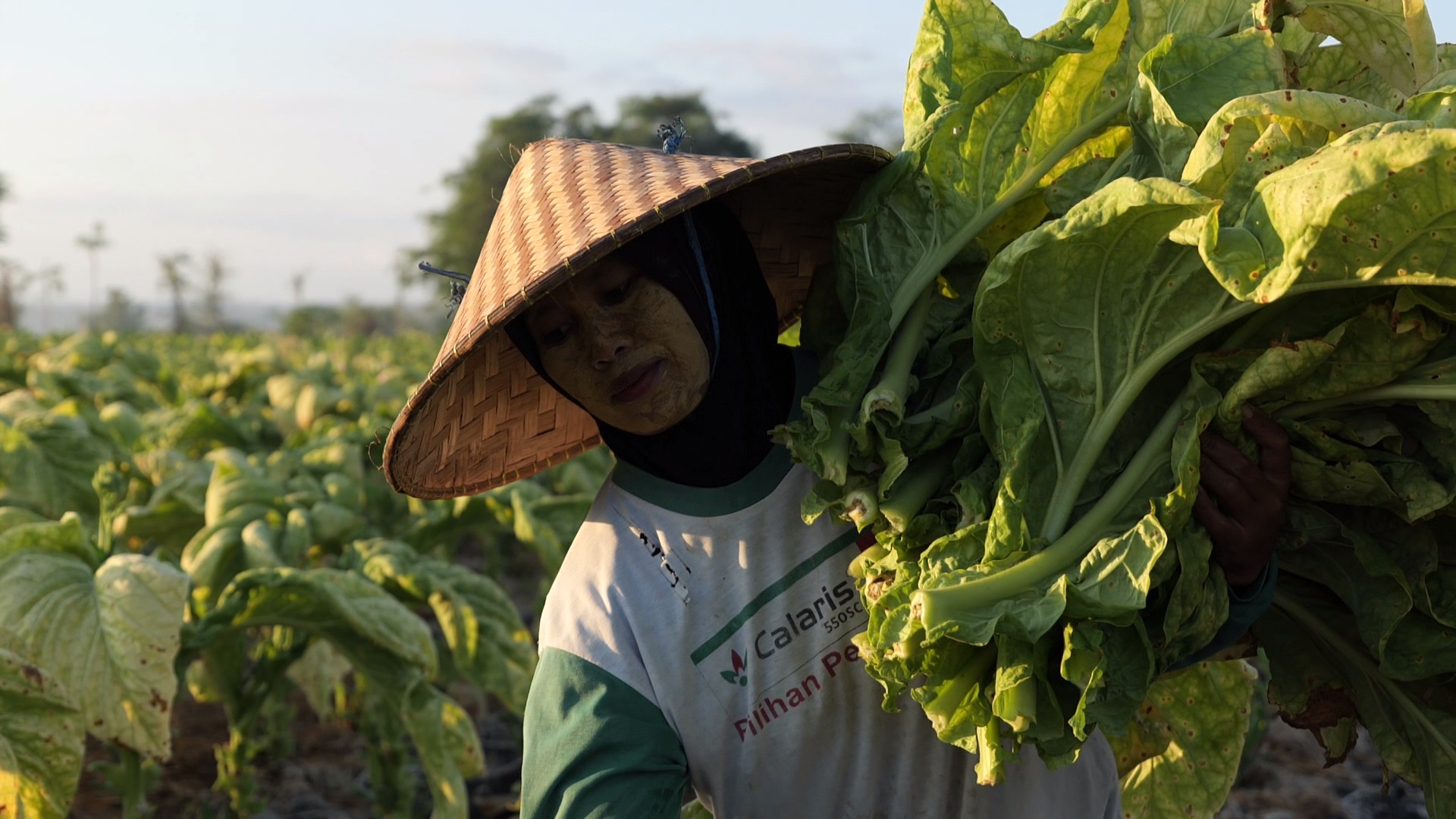 Farmers are finding it difficult to adapt to increasingly unpredictable weather as a result of global warming.

“The Earth is green and beautiful, and God has appointed you his stewards over it.” (Hadith of the Prophet PBUH)

None of these goals can be achieved without global solidarity, so at COP26 Islamic Relief calls upon world leaders to take immediate action. We can make a real difference by adopting measures including, but not limited to, Locally-led Adaptation, Climate-Induced Migration, and Just Transition.