In the southern part of the Russian Federation, the North Caucasus (comprised of Chechnya, Ingushetia and Kabardino-Balkaria) is one of Russia’s poorest regions.

Islamic Relief has been working here since 1995, from an administrative office in Nalchik (Kabardino-Balkaria) and an implementation office in Grozny (Chechen Republic).

During conflict between Russia and Chechnya in the 1990s, we were one of the few international organisations working in the area, providing food and shelter, healthcare and mobile clinics, water and sanitation, and also establishing and managing camps for displaced people.

Between 1994 and 1996 around 100,000 people were killed in conflict between Russia and Chechnya. Around 350,000 Chechens fled to neighbouring Ingushetia, many spending years living in overcrowded tent camps.

Most camps had been shut down by 2004 and families returned to Chechnya but found their homes destroyed and schools, hospitals and other infrastructure in ruins. Islamic Relief repaired schools and other educational facilities, as well as hospitals, health centres and water services. Other projects enabled farming families to rebuild their livelihoods.

Continuing to focus on development, we equipped almost 50 secondary schools with centres offering vocational training for boys and girls. We launched a development centre, giving people with hearing impairments access to education.

Many thousands of displaced people continue to live in Chechnya, Ingushetia and neighbouring Dagestan. The government set up Temporary Accommodation Centres (TACs) in Grozny and other Chechen cities to house families whose homes had been destroyed. The future of TACs is uncertain and many have already been dismantled.

Chechen children with disabilities get to go to school at last

This Ramadan compassion is healing broken hearts in Chechnya

Chechen children with disabilities get to go to school at last 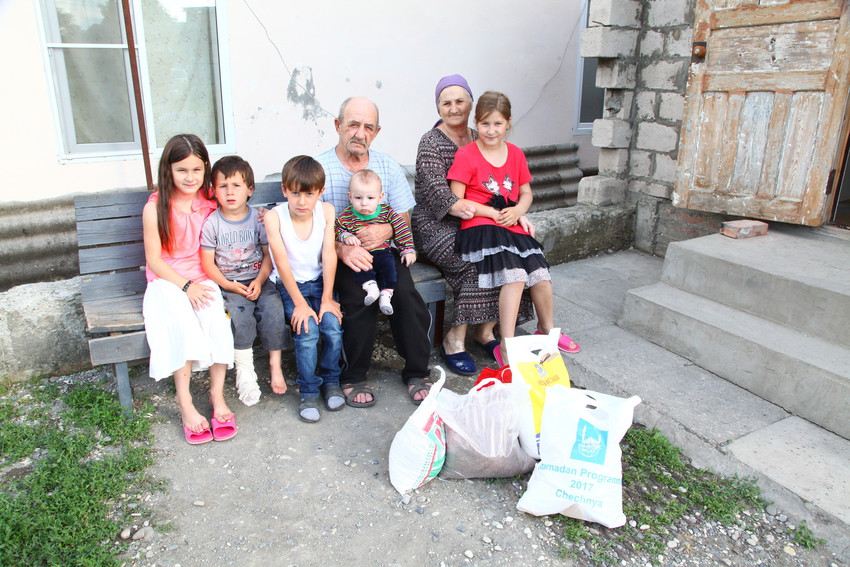 Targeting the disabled and other vulnerable people during Ramadan in Chechnya