Islamic Relief’s first ever intervention was in response to the devastating famine in western Sudan in 1984.

Since that time, we have continued to respond to emergencies providing food aid, health care and water and sanitation.

We are also working on more long-term development, building skills and awareness in local government and communities, helping to improve people’s education and livelihoods and promoting peace-building and children’s and women’s rights.

A major aim of our work in Sudan is to reduce the practice of female genital mutilation (FGM).

The people of Sudan face two major challenges; one is the longstanding conflict in the country which has led to widespread displacement and the other is drought and other climate-related problems.

Both of these have played a major part in the alarming levels of malnutrition in the country. As such it is evident that the long-running conflict needs to be addressed before any meaningful development takes place.

It is with this in mind that we are running a conflict resolution project in Central Darfur.  We are bringing people from conflicting groups together such as pastoralists, displaced people and host communities and helping to improve their access to water, land and pasture through an inclusive and equitable process that is informed by Islamic principles.

Nowhere to call home: We must listen to refugee families and support them

This World Refugee Day, we are recognising the strength and courage of refugees like Hassan 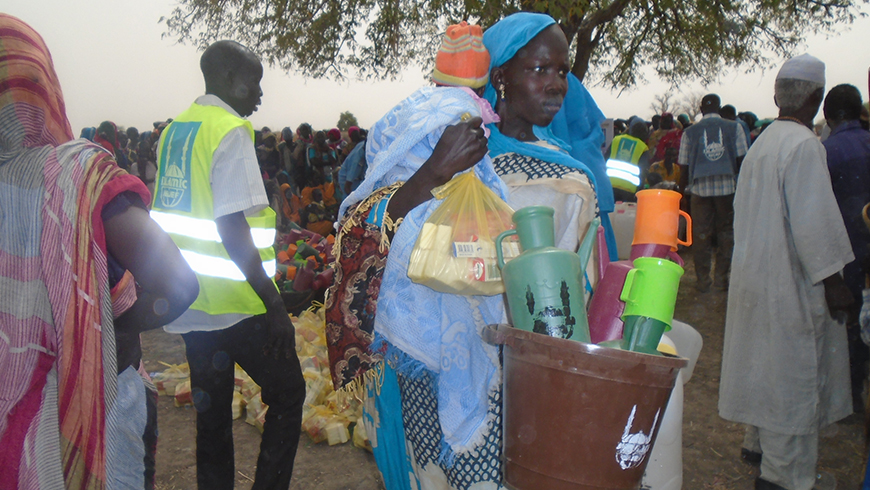 Providing a lifeline for South Sudanese refugees in Sudan

Nowhere to call home: We must listen to refugee families and support them

Blogs
View more on Sudan
Cookies help us continue our lifesaving and life-changing work. We use them to give you the best experience on our website. By continuing to browse, you’re agreeing to receive these cookies.OkNoPrivacy Statement