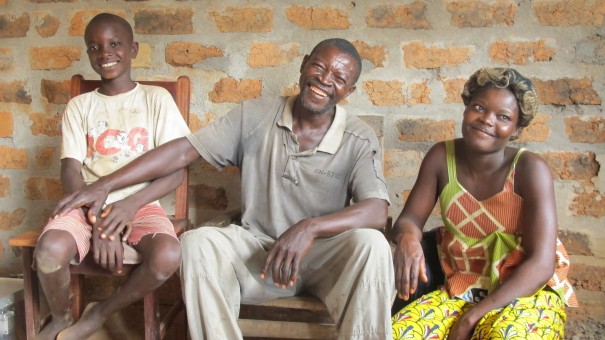 Islamic Relief aid worker Nick Jones talks about Bertin, a boy he met at our Child Friendly Spaces project in the capital of the Central African Republic (CAR).

Since violence erupted in CAR, one million people have fled their homes. As displaced children face a deteriorating humanitarian situation, Islamic Relief has teamed-up with War Child UK to offer three Child Friendly Spaces in the suburbs of Bangui. The projects provide vulnerable children with respite from the violence around them, and a safe place to learn and play.

Bertin*, 13, lives with family in Bangui. Deaf since birth, Bertin is the only child in his family who does not go to school – his family cannot afford the fees for the city’s only school for deaf children. Instead, he spends his days selling firewood and playing football with friends.

But now, Bertin has Patrick – a member of the team at one of our Child Friendly Spaces. They have regular one-to-one sessions together, where Patrick works with Bertin to help him learn and play educational games. Bertin told me he really likes spending time at the centre, especially the game through which he learned to count to ten – as well as the chance to play with the other children.

“The centre helps the children learn new things,” said Bertin’s father, who communicates with his son through their own version of sign language. “The schools are closed now because of the fighting, so this is important. Because of this place Bertin comes home with many new questions, it opens up his curiosity.”

Sign language is used in CAR, but as specialist schools are scarce and expensive, most children with special needs face extremely limited access to education – and the opportunity to build brighter futures. 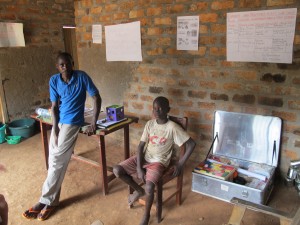 All children deserve the chance to learn and play

Bertin says that since he cannot go to school, he wants to start a vending business. Spending time with him, it is clear that he is a popular and intelligent boy who would flourish if given the opportunities he deserves.

Islamic Relief wants to help many more vulnerable children like Bertin – but our Child Friendly Spaces have been over-subscribed since the latest wave of violence. With your support, we can increase the capacity of this project to reach more of the children that need them.

We can provide children such as Bertin with the support they need to learn and to play. We can make sure they have the opportunities that all children ought to have. Please donate to our Appeal for the people of CAR today.