Communities in Kenya are creating thriving livelihoods through beekeeping

HomeWhere We WorkKenyaCommunities in Kenya are creating thriving livelihoods through beekeeping

Many rural communities in Kenya rely on livestock to generate their income, which has left them particularly vulnerable to the effects of climate change. Periods of drought and extreme weather have become common in Kenya, leaving farmers without an income. Many do not know where their next meal is coming from.

In desperation some have turned to making money from illegal logging and charcoal burning. However, these activities damage the environment and worsen the effects of climate change, creating a cyclical effect from which communities are struggling to escape.

One of the hardest hit areas in the country is Dabel, Moyale, which has seen many periods of extreme weather.  “I used to cut trees and burn charcoal for sale. I was always hiding from the police because it was an illegal business. The income I generated still was not enough to take care of my family”, says Hassan from Dabel.

What we’re doing to help

To help local families  cope with the effects of a changing climate, Islamic Relief has implemented a project enabling farmers to earn a living through beekeeping. We have worked with the local government in order to train 44 farmers on beekeeping, honey harvesting and processing methods. 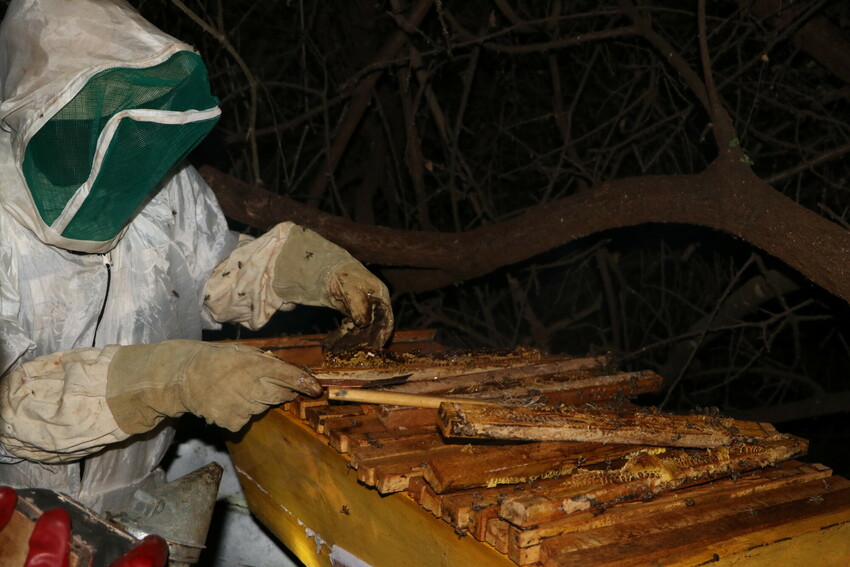 Beekeeping creates livelihoods by making the most of the natural environment and resources available. Requiring minimal land, it is an activity in which all members of the community can get involved, and the area’s arid landscape suits honey production.

Bringing bee farmers together in groups, we provided training, and as well as advice around the local market to help them sell their produce and make a profit. We also supporting farmers in marketing their locally-sourced, organic honey, which is sought-after in Kenya. After seeing their success, other farmers in the area have set up traditional beehives and started producing honey.

Communities are more resilient to the effects of climate change

The project is making a big difference to families in Dabel. They now have a reliable source of income, as well as a source of food.

In the last two harvests, farmers harvested 200 kilogrammes of raw organic honey, which was later sold at £6 per kilogram. The profits are making life much easier, and giving families hope for the future.

“Islamic Relief introduced us to the sweetness of honey… we have been provided with the skills and equipment to start us off. My children are very happy because I am able to provide for them… from two harvests, I now have enough income to pay school fees and buy food for the family. Other community members are also copying us and constructing traditional beehives,” says Hassan, who is now chairperson of his bee farmers group. 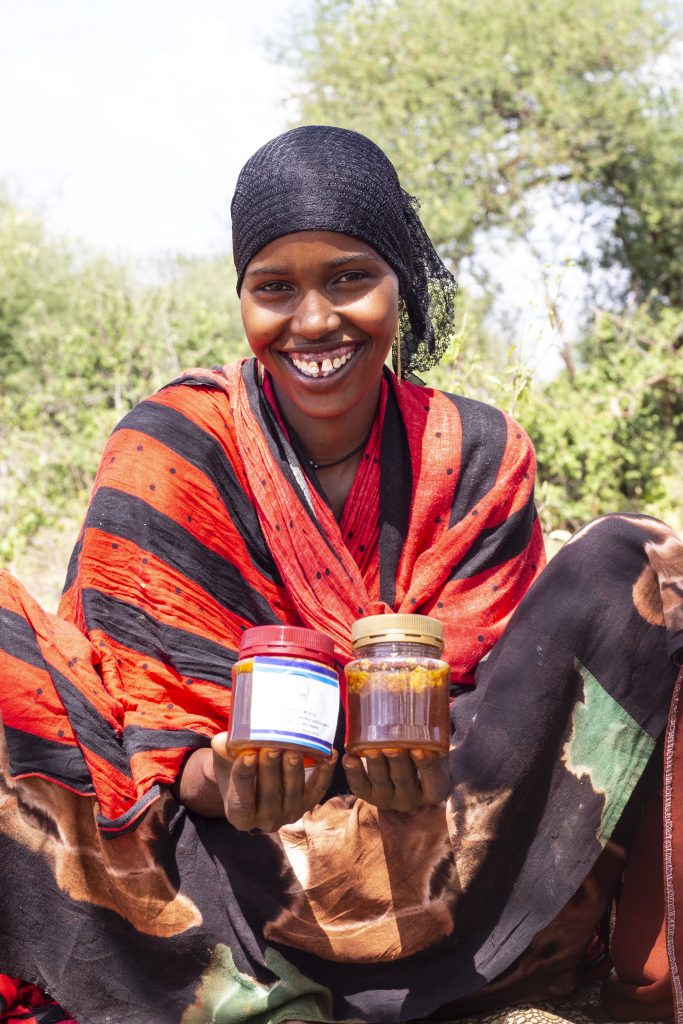 The project is also helping to empower women to earn a living. 24-year-old Ifrah is a mother-of-two, who can now help to provide for her family. “My husband was the sole breadwinner for our family. I now have two traditional beehives and was among those who received training from Islamic Relief. I’m now able to manage the beehives, harvest, sell the honey and relieve my husband from some of the responsibility to provide for the family”, she says.

As well as this, the project is having a positive impact on the environment. To curb the effects of climate change, more focus is shifting towards environmental conservation. Beekeeping is helping to preserve the natural habitat of bees, which are vital for pollinating local crops.

Beekeeping is just one aspect of a wider programme which is helping communities in Dabel to become self-sufficient and build resilience against the damaging effects of climate change. Overall, the Islamic Relief project is helping 10,000 female and male farmers cope with extreme climates, including measures to help increase livestock production.

With your support Islamic Relief can continue to help communities on the frontline of the climate emergency: donate today.