In March 2019 the Swedish International Development Cooperation Agency (Sida) held a conference to explore the humanitarian-development connection through the lens of conflict sensitivity. Participants from a range of humanitarian and development agencies met at the Sida Partnership Forum in Sweden to share experiences and develop new ways of programming. Sylvia Brown, Conflict Advisor at Islamic Relief Worldwide, reports back.

In the snowy, Swedish town of Hӓrnӧsand, Sida brought together representatives from international non-governmental agencies (INGOs) including Islamic Relief, Oxfam, Mercy Corps, Save the Children, Plan and the Church of Sweden to reinvigorate the ‘nexus’ debate.

Whilst this is not a new debate, there is an invigorated impetus since the World Humanitarian Summit to bridge the divides created by the humanitarian system. This is explicitly recognised as being crucial to the New Way of Working and the 2030 Agenda for Sustainable Development.

What is the ‘nexus’ exactly?

I define it this way:

The ‘nexus’ is the conceptual, contextual or programmatic linkages between development, humanitarian and peacebuilding operations.

A nexus approach explicitly seeks to understand the linkages and bridge the artificial divides created by large organisations. Let’s be clear, there is no nexus in the lives of the people or communities we work with; it is artificially created by donors’ separate funding pots for humanitarian, development or peacebuilding programmes, separate humanitarian or development departments within organisations and single mandate organisations (such as in the UN system).

So when communities articulate their needs, they are often carved up into separate programmes with separate funding proposals. The result is short-term humanitarian programmes which do not easily move beyond meeting emergency needs to building long term resilience to break the cycle of crisis and response. Or development programmes which have no capacity to respond to sudden shocks to community food or water security and prevent their good work from quickly unravelling, for example.

Common to both humanitarian and development programming is an increasing locus of operations in fragile and conflict-affected states where it is essential to incorporate Do No Harm principles to avoid inadvertently raising tensions or undermining hard-won local peace.

But could we do better than this? Could we also look at how development and humanitarian programmes can integrate violence reduction and social cohesion objectives? There are some great examples where this is already happening. For instance, 84% of sub-Saharan African countries now have national education policies that include peace values. 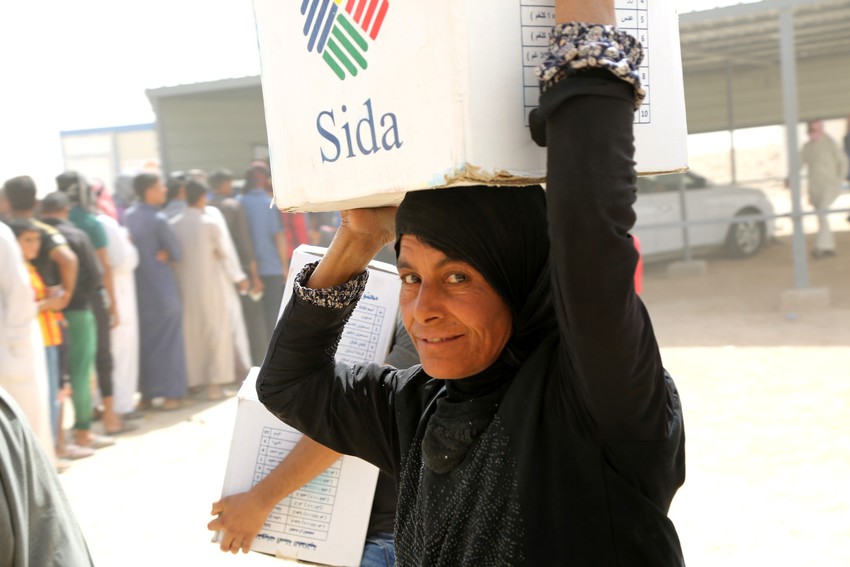 It is at this point that the humanitarians in the room start to shift uncomfortably. For their concern with incorporating elements of peacebuilding or bringing development closer to humanitarian aid is that the fundamental principles of humanitarian assistance (neutrality, impartiality, humanity and independence) will be compromised, putting staff, communities and access at risk.

But this need not be the case at all. Principles like neutrality need to be politically aware to ensure that humanitarian assistance genuinely is neutral, which means they need to be informed by analysis of the context. The process of analysing a context highlights risks for humanitarians to take note of, but also opportunities to capitalise on.

Opportunities such as convening communities with strained relations to collectively work out which are the most vulnerable people in need of aid, or creating water management committees alongside water construction projects to resolve local water disputes before they escalate. It is perfectly possible to incorporate politically-neutral, community-led peacebuilding activities into humanitarian or development projects.

Aside from the structural and funding silos already discussed and concerns around humanitarian principles, there is sometimes a fear among NGOs that it is more difficult to obtain funding if we move towards a greater focus on context, resilience and systems, instead of beneficiary numbers reached.

Funding competition therefore drives short-term thinking and a focus on outputs instead of outcomes.

Where do we start in thinking about a nexus approach to programming?

Well, the consensus from the conference was that it is best tackled at area, or country, level. I say ‘area’ because in some complex regional crises, such as the Lake Chad crisis, it makes more sense to look at a porous border area as a whole ecosystem of conflict, crisis and response.

Headquarters are too far removed from the reality on the ground to understand the local linkages while donors and HQ level will probably always struggle to overcome the institutional obstacles behind the silos we all know so well.

At the area or country level a number of suggestions were made for tackling the nexus which seemed practical, sensible and relatively easy to enact. The most important was joint context analysis.

The value of joint context analysis

Within an area (regional, country or sub-national) there was a strong feeling that joint analysis would be very valuable. This could occur between different departments of a large INGO in-country, or between a number of INGOs working in the same geographic or thematic area.

My immediate thought was of Islamic Relief’s Kenya, Ethiopia and Somalia offices which are all dealing with climate and conflict-induced migration across porous borders. Could a joint analysis of these issues lead to a more integrated regional approach?

Many of the conference delegates said that their biggest obstacle to doing regular context analysis was a lack of trained staff able to facilitate and document the analysis. So then we thought what if Sida (and other donors) used their convening power to bring the organisations they fund in a country (or area) together to participate in periodic joint analyses facilitated by the donor’s in-country conflict advisers?

Think of the possibilities to create a better joint understanding of the context and each other’s work, and build on each other’s strengths rather than compete with each other creating a sense of zero-sum competition!

So what could joint analysis lead to?

At a minimum you would get a more complete picture of a complex, fragile context as each participant brings a little more knowledge of the situation on the ground. Knowledge, for example, of ethnic, clan or political tensions; harvest yields and water levels; armed group recruitment and movements; faith, community or political leaders’ power and positions and so on.

In discussing civil society and governmental response to crisis and underlying needs, we may identify gaps between life-saving humanitarian aid and transition to resilience-building. Or emerging local tensions around the actions of international agencies may be picked up earlier.

Joint analysis could also lead to the identification of joint outcomes. Organisations could still programme and fundraise separately, but joint outcomes may help to ensure we do not undermine each other’s work, while also building on organisational strengths in different areas.

We could also go one step further and develop joint programmes where we see real synergies, added value or greater efficiencies. Joint programmes would integrate a blend of humanitarian, development and peacebuilding as appropriate, based on the context. 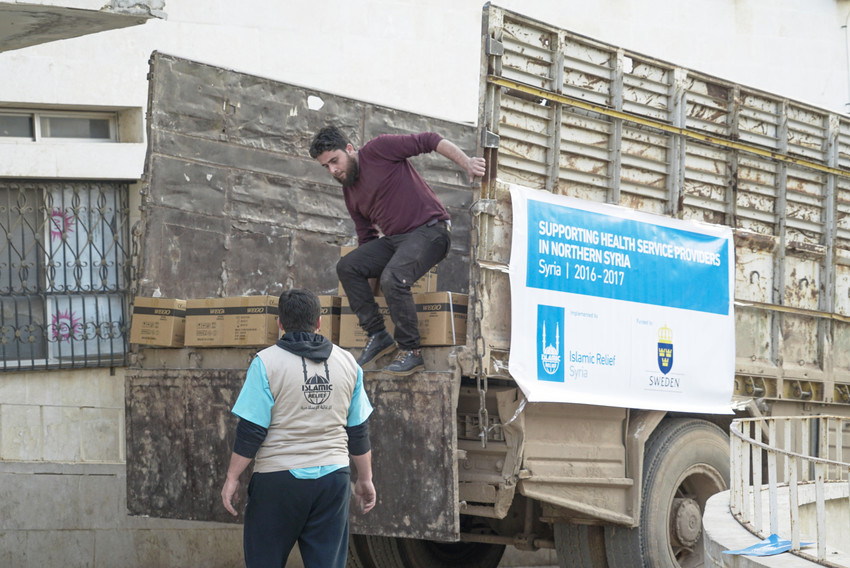 What would enable us to develop more integrated or joint programmes in future?

First of all there was a general consensus that a nexus approach would only work with multi-year funding. This is because a one-year funding period does not give anyone enough time to think, build programmatic linkages with other organisations (or departments) and consult with a wider array of stakeholders.

Second, there was much discussion about the need for a greater shift towards resilience programming (while recognising the need to continue ring-fencing some humanitarian funding).

Sida’s current approach to enabling resilience programming appears to rely on personalities rather than policies, i.e. strong, visionary programme managers or department heads who are able to convince others in their organisation to innovate. Delegates felt it would be better for nexus-working to be more systematic.

Third, greater flexibility in programming was highlighted as important in fragile places where the context can change quickly. NGOs could deal with heightened risk and uncertainty by planning a suite of activities which they scale up or down as conditions on the ground change and as they learn what works and what does not. This would require less donor prescription around the actual activities to be implemented.

Fourth, there was a cry at the conference for more flexible spending because of the extended time it often takes to gain permissions, conduct social outreach, liaise with a wider array of stakeholders and ensure projects do not inadvertently cause harm in fragile contexts.

No-cost extensions and the ability to rollover funds to the next year would greatly help to ensure that projects are delivered in a careful, considerate and reflexive manner, in a way which supports peace rather than raises tensions.

Sixth, including budget lines and time for context analysis in all programmes. Unless donors demand this, the competition for funds will likely continue to squeeze out context analysis budgets.

Other possibilities that were discussed include restructuring teams to be area-based, instead of separated according to humanitarian, development or peacebuilding departments, or at least co-locating staff. Related to this, organisations could make greater efforts to send staff from different departments on joint field visits to support relationship-building across structural silos. Sida, for example, encourages joint field trips between development and humanitarian personnel and encourages joint country coordination meetings.

Finally there was some discussion about pooled funds and the greater innovations sometimes possible with pooled funds as donor and organisational risk is lowered by being shared.

The SDGs represent an overarching framework with collective outcomes that for the first time are relevant for humanitarian, development and peacebuilding actors. The challenge now is to find innovative ways of achieving those goals by combining the unique strengths of different local, national and international actors.