Delivering on the Promises of Paris: Why the World’s Muslims Are Demanding Climate Action Now

HomeIn the mediaDelivering on the Promises of Paris: Why the World’s Muslims Are Demanding Climate Action Now 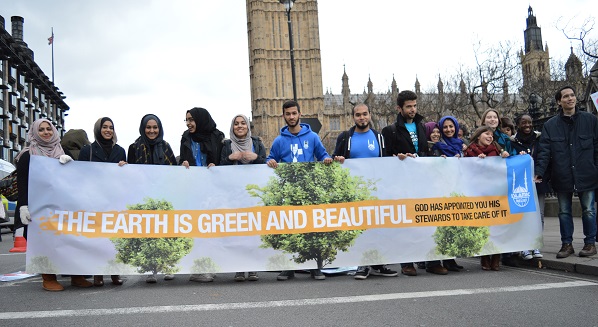 The global Muslim community – made up of around 1.6 billion followers from world leaders to academics, from teachers and healthcare workers to business people and investors – has incredible collective power. Islam is the fastest-growing religion: 1 in 5 people today are Muslim, and Muslims will make up around 30% of the global population in 2050. As the newly appointed CEO of the world’s largest Islamic humanitarian and emergency relief NGO, I have witnessed this collective power harnessed to achieve immense and noble things, from providing shelter and relief to victims of floods and earthquakes to supporting refugees from war-torn countries. However, one longstanding crisis constantly threatens to undermine our efforts to make the world a safer place to live in: climate change. With world leaders gathering in New York on April 22nd to reaffirm the commitment they made to end the fossil fuel era in Paris last December, it is time for a reminder of just how important it is that they turn their promises into action without delay.

We can’t fall into the trap of thinking that climate change is a problem for the next generation whose effects won’t be felt for years. Climate change is devastating the world. Now. Many Muslim majority countries are on the front lines: a recent report from the Asian Development Bank showed that in Indonesia, the world’s largest Muslim country and the fourth largest country in the world by population, climate change and the floods it causes are turning the poor into the ‘ultra-poor’. Most of the Middle East and North Africa is expected to become hotter and drier due to climate change, worsening droughts and exposing millions to water shortages. These changes provoke migration to other countries themselves facing resource deficiencies aggravated by climate change, thereby increasing the risk of violent conflict. This, and the ever-growing death toll among the world’s poorest who have contributed least to greenhouse gas emissions, are unjust realities with which we are all too familiar at Islamic Relief.

Whilst more and more Muslims are experiencing the ravages of climate change first hand, more Muslims and governments are in turn starting to join the fight against climate change. Last August, Muslim scholars, experts and activists from over 20 countries called on the world’s Muslims to act on climate, with a particular demand to governments to move away from fossil fuel sources of energy and towards societies where 100% of energy is provided by renewable sources such as solar and wind – resources which many Islamic countries have in abundance – as early as possible. There is nothing radical in the claim that acting on climate change is a fundamental part of Islam: we know from the Qur’an that Allah has made each of us a steward (khalifah) of the earth – a ‘precious home’ with finite resources – in order to maintain its delicate equilibrium (mizan). The fossil fuels that once brought us prosperity are now destroying this equilibrium and our prosperity along with it.

In January this year, the Islamic Development Bank agreed with the United Nations Environment Programme (UNEP) to use Islamic finance to combat climate change and food insecurity. Days later, in February, the world’s largest solar power plant opened in Morocco and could provide enough energy to power over 1 million homes by 2018. At the beginning of April, Saudi Arabia’s Deputy Crown Prince announced the country’s intention to create a $2 trillion megafund to help it transition to the post-oil era. Islamic Relief has also done its bit, building solar-powered homes in places like Bangladesh – the most disaster prone country in the world – and installing water harvesting systems in Kenya. However, the scale of the problem is so large that it will require a huge increase in efforts from Muslims and non-Muslims alike in solidarity.

That is why, together with 270 faith leaders, I have today issued an urgent call to faith communities around the world to divest their money from fossil fuels and reinvest it in renewable energy solutions. Together, we will reduce emissions in our homes, workplaces and centers of worship, standing in solidarity with those communities already facing the severe consequences of climate change. Such is my conviction, that on April 22nd, the day that a record number of countries will meet at the UN Headquarters in New York to sign the Paris Agreement, Islamic Relief Worldwide will be helping to launch a global Muslim network dedicated to tackling climate change issues in the Islamic world and will present the Islamic Climate Change Declaration to the President of the United Nations General Assembly, H.E. Mogens Lykketoft. To show they are equally serious, countries must implement the Paris Agreement as soon as possible, phasing out the astonishingly high fossil fuel subsidies that the International Monetary Fund estimated would be $10 million every minute in 2015, and endeavoring to peak greenhouse gas emissions by 2020 to give us the best chance of going 100% renewable and to keep the global temperature rise to 1.5 degrees celsius above pre-industrial levels to avoid the worst effects of climate change.

We must urge world leaders to make a real difference to prevent climate change and help people of all faiths and none to adapt to the climate change that we are already experiencing, in accordance with Islamic teachings. Much is already being done by both governments and citizens, but we are not fulfilling our collective potential. With the World Humanitarian Summit taking place in Istanbul in May and the implementation-focused sequel to last December’s successful conference in Paris taking place in Morocco in November, 2016 has to be the year that the world starts delivering on its promises in earnest, before we lose further lives in the fight against climate change.