As floods strike Mali again – this time, in the country’s lean season – Islamic Relief is a lifeline for families in dire need after losing their food stocks and homes.

Heavy rains which began at the end of August have triggered widespread flooding in parts of the west African country.

The deluge has caused houses to collapse and forced families to flee their homes. Damaged toilets and contaminated wells have fuelled an increase in diarrhoea and skin diseases.

The disaster comes during the country’s lean season. It has destroyed precious food stocks – which families were counting on to get them through to the next harvest – killed livestock, and decimated crops. 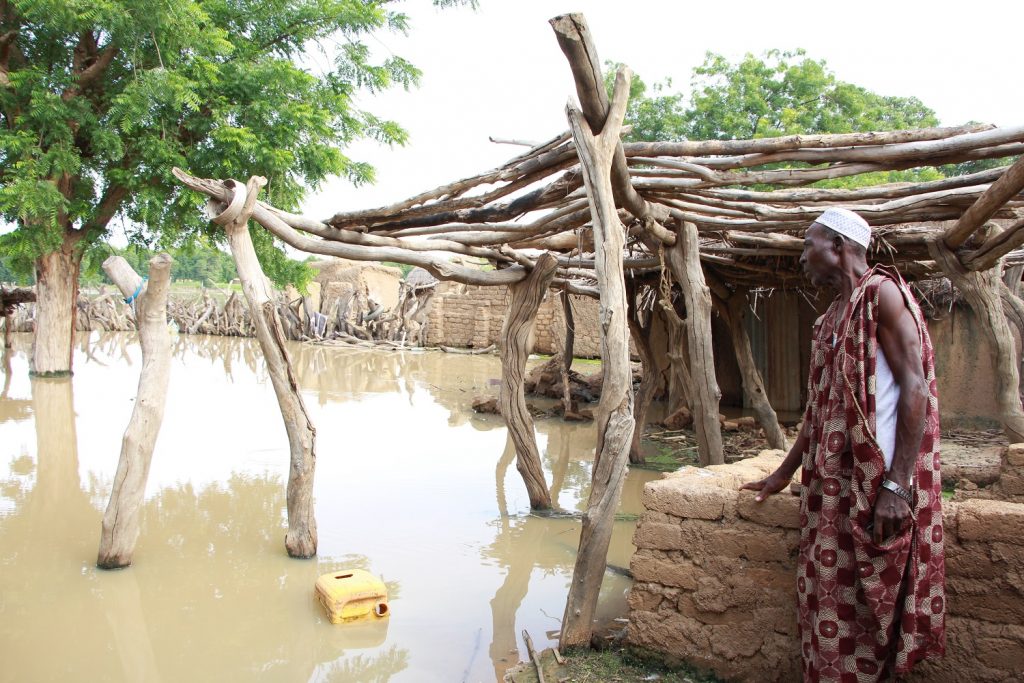 Gabkoro Traore assesses the damage to his home in Falou, Nara.

Islamic Relief’s emergency teams are working in one of the hardest hit regions, Gourma Rharous, where floods have affected over 28,000 people and communities are particularly hard to reach.

We are currently focusing our efforts on the Circle of Gourma Rharous and the Circle of Nara, which is the worst affected area in the country. Many have lost food reserves and the livestock their livelihoods depend on.

Bringing in supplies by boat where needed, we’re giving 360 families in Banikane essential staples like rice, spaghetti, oil and salt. Each food parcel is designed to last a month.

Nearly 880 other families in Serere, Banikane and Rharous will be able to buy food thanks to cash vouchers provided by Islamic Relief with support from the START Fund. 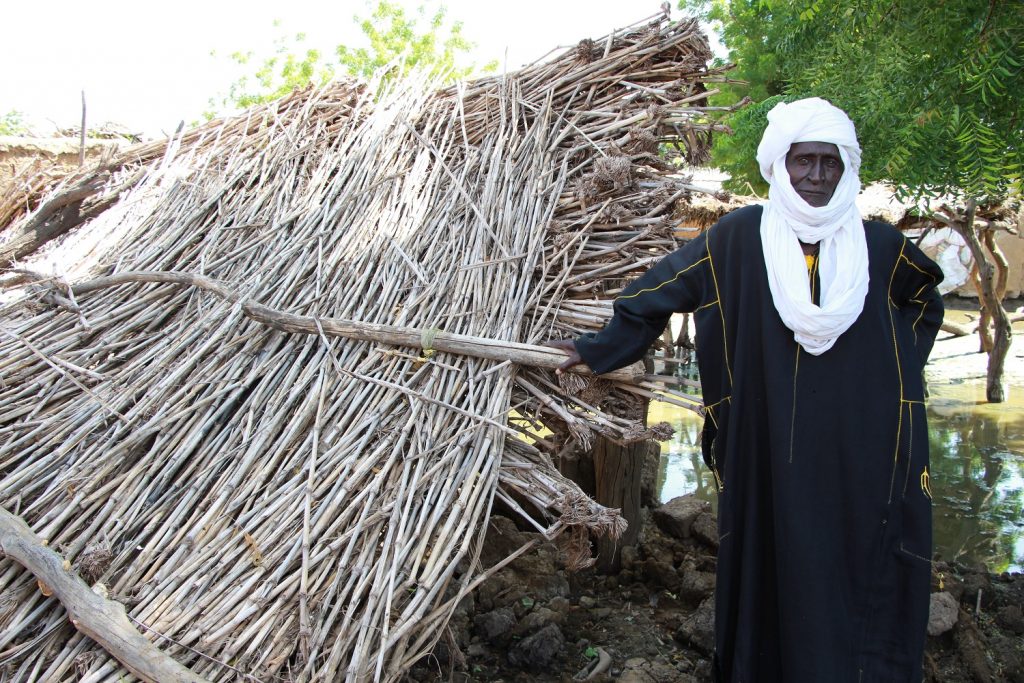 In Guire, the flooding has ruined Alou Tounkara’s home.

Also thanks to the START Fund’s support, over 1,330 households will be able to buy items that they badly need to survive. Communities will decide themselves what they need, but materials to repair their damaged homes, cooking sets and hygiene products are expected to be high on the list.

In Nara, our emergency relief efforts are being funded by the Humanitarian Coalition, through member agency Islamic Relief Canada, with support from the Canadian government.

Over 1,200 families in the commune will get urgently needed items as well as cash vouchers to buy items like hygiene and sanitation products. Nearly half of them will also receive help to construct temporary shelters to protect themselves from the elements. 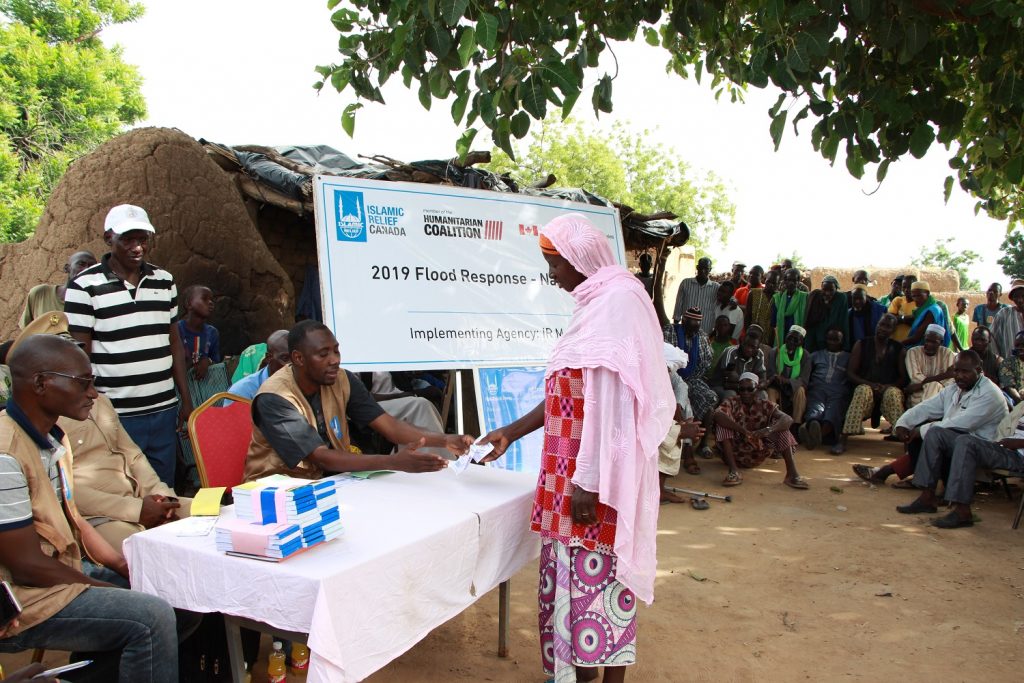 Protecting the most vulnerable during the crisis

Incidents of gender-based violence and child protection issues can rise at times of crisis. So as part of our emergency response to the floods, we’re equipping even more local people to tackle these issues by expanding our Channels of Hope programme in Nara.

As well as giving fresh new training to the community team already working in the area, we’re setting up another five teams to push for positive change.

Islamic Relief teams in Mali remain on high alert for further floods. The country, which saw its capital hit by flash floods just months ago, is now in its peak rainy season – with much more rainfall than is usual at this time of year.