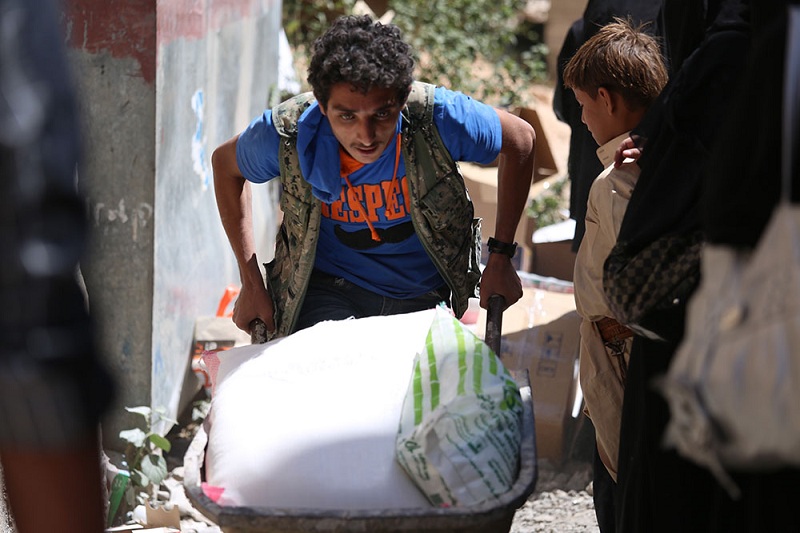 Photos from food distribution in Yemen.

The emergency response programme in Yemen began on 13th April, 2015. IRY has so far distributed food to Sanaa, Dhamar and Aden, and is planning to reach a further 9 cities in Yemen. As of the 16th, more than 240 families in Sanaa have received aid, and more than 220 people in Dhamar. IRY have started assessing the process in Abyan, Amran and Lahj cities.