Every year Islamic Relief provides vulnerable families with food parcels in Ramadan and qurbani meat on Eid al-Adha. These are our largest annual distribution programmes and take a coordinated global effort across more than 30 countries.

Wherever possible, our Ramadan and qurbani food distributions are integrated with other humanitarian and development programmes allowing us to reach the families of sponsored orphans for example, or those whose livelihoods have been impacted by disaster.

We also work year-round to help families who do not have access to enough food, empowering them to create sustainable livelihoods. In 2019 alone, we helped over three million people through our food and nutrition projects. Among them are the Tinga Valley community in Niger, whose lives have changed with the help of Islamic Relief.

Fishing and farming for livelihoods in the Tinga Valley

The rays of the midday sun shimmer on the Tinga River, which forms a perfect backdrop. In the foreground there are six fishponds, where a number of men are working while engaged in lively banter.

This is Tinga village in the Ouallam district of Niger’s Tillaberi region. One of the men working at the fishponds is Gabra Idrissa. Dressed in a colourful Africa print tunic and trousers, he is easily the most outspoken of the group. 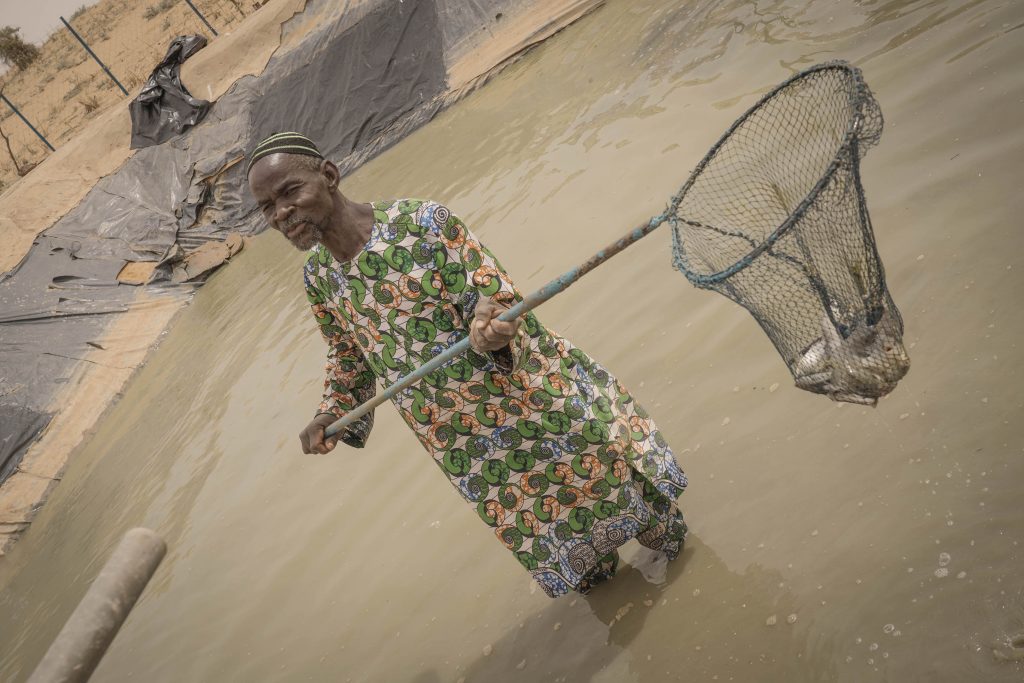 Idrissa has been a fisherman for 20 years, first working on the river and now at the fishponds. He’s part of the Kambé cooperative group, which Islamic Relief supports through a project tackling food insecurity and poverty in areas prone to drought.

“Our group was established 12 years ago,” says the father-of-seven, “We came together because we needed support.”

Ouallam has been regularly ranked among the most vulnerable areas of Niger according to National Vulnerability reports. Most of the people here rely on agriculture and livestock for food and livelihoods. 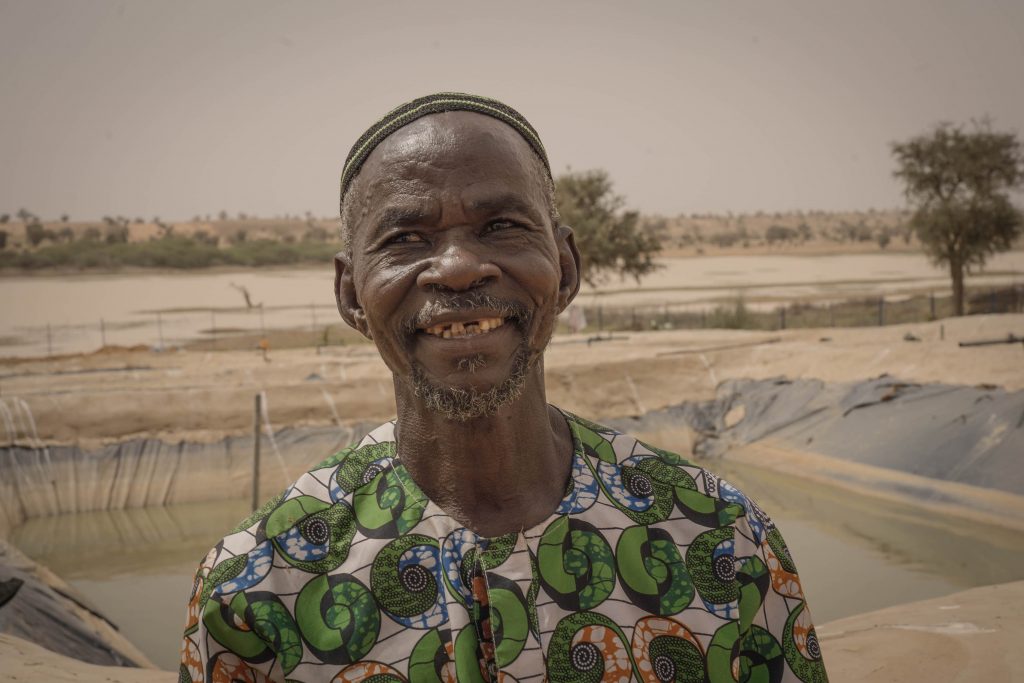 For Idrissa, Islamic Relief’s support has changed his life. “Before when we were fishing on the river, sometimes we used to catch nothing. With the fishponds, we are now able to control production.”

The project has linked the fish farmers’ community organisation to groups of local fishmongers, who are women brought together and trained by Islamic Relief.

“They come to buy fish from the fishermen and then sell it at the market,” Idrissa explains.

His family too have reason to smile from this change in circumstances. 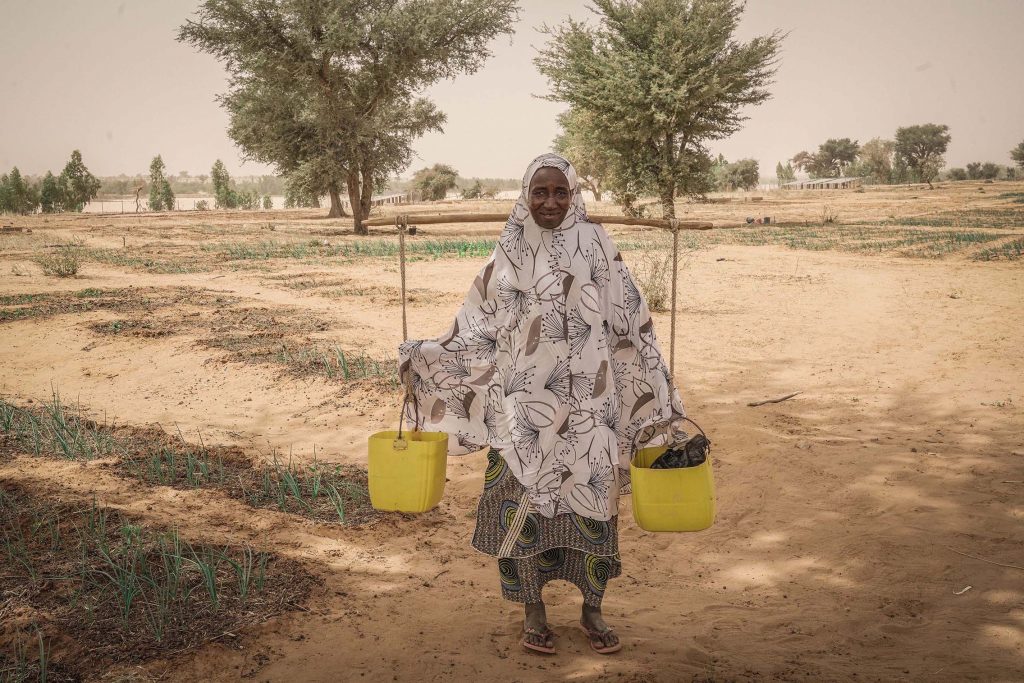 52-year-old Asma is working on her plot, weeding her onion plants. Asma is a member of a women’s cooperative group that has 589 members. The women farm on a 12-hectare piece of land, irrigated by a water pumped from the Tinga River thanks to a solar-powered system installed by Islamic Relief.

Asma was widowed 15 years ago. She takes care of nine dependants; eight children and one grandchild.

“I am a farmer. I produce okra and peanuts in the rainy season. I am involved in gardening activities during the dry season.”

Islamic Relief provided the women with training on how to establish and manage their cooperative and how to irrigate and take care of crops.

“I have personally received training on processing crops. I now use a solar dryer that I received from Islamic Relief,” says Asma, describing how this means her produce can fetch a higher price at the market.

Women face many challenges, says Asma. “Due to the poverty of their parents, many girls are unable to go to school. They usually drop out and get married.”

To try to lift its members out of poverty, the group has a savings and loan facility. “Women are able to save CFA 500 and with that amount are able to take a loan.”

For both the crop and fish farmers, this project seeks to establish a way in which they will be able to market their products.

Both Idrissa and Asma are optimistic about the future.

The fisherman looks forward to growth of his cooperative, through which they will be able to construct more fishponds.

“Now more people want to engage in fish farming. It is important for farmers to be in cooperatives to benefit from training and other benefits,” he says.

“Most of my children are going to school,” says Asma, who sees the education of her children as a priority. “If they succeed, I will also have succeeded.”

Help us to continue securing livelihoods

Islamic Relief project has supported 1,000 people in the Tinga Valley to produce food, reducing poverty and boosting nutrition in the area. It’s just one of the many projects we run year-round, in many countries.

We need your help to continue this vital work which helps to provide food security and empowerment to people across the world.