In 1990, as a very junior teacher in an American school in north Africa, I witnessed the effort of the biology professor to rouse interest in the newly global ‘Earth Day’. Posters and t-shirts were printed and banners proclaiming, ‘Who says you can’t change the world?’ were paraded.

Over the next few years, the school marked Earth Day with seminars, installing recycling bins, and planting the desert campus with trees.

But 30 years later a climate emergency threatens humanity in a way never witnessed before.

While others, including the UN’s World Environment Day, have strived to bring the world’s attention to this cataclysm, Earth Day has continued its focus on environmental protection, pollution, species protection and recycling.

But these are not enough.

Islamic Relief witnesses first-hand the devastating effects of storms and flooding, debilitating heat and drought and sea level rise on a daily basis. People are losing lives and livelihoods, homes and health, safety and security across Africa, Asia and the Pacific. The emissions from burning gas, oil and coal for energy, transport and agriculture are taking us towards a tipping point where the destruction of our climate will be unstoppable.

But we are not there yet.

While providing the resources to help people to adapt to the changes they are already facing, countries and industries can end fossil fuel use and mitigate further destruction. 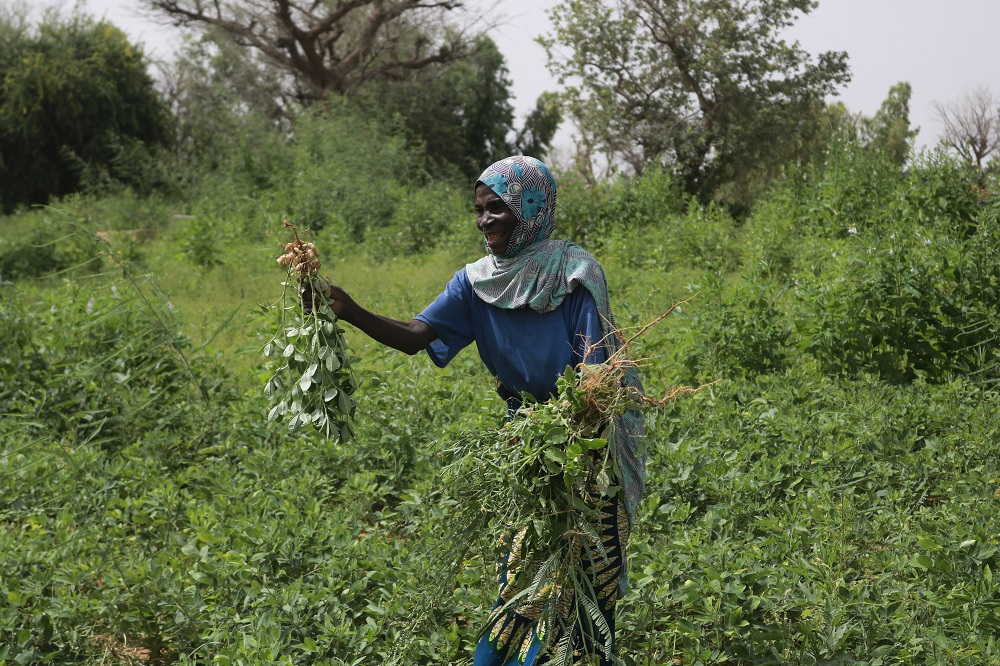 In Niger, a woman harvests peanuts grown on reclaimed land with the help of Islamic Relief. The project brings local people together in local cooperatives and supports them to establish climate-resilient livelihoods.

This year’s Earth Day theme, ‘Restore our Earth’, is as ever worthy and heart-warming. People will feel good.

The theme reflects the newly emerging track of Nature Based Solutions (NBS) which is rightly correcting the notion that more technology, more intervention and more everything is the way to a climate stable future.

Islamic Relief helps extremely poor families, who are most likely to be engaging already in necessarily low-input agriculture and farming, to adapt to the changes in weather patterns that are disrupting cultivation of plants and pasture for livestock. We support people in restoring depleted land with trees and plants which can provide income while contributing to carbon reduction.

NBS is a science-led approach which identifies carbon sinks such as forests, soils and oceans and their preservation as critical. For adaptation it suggests the use of nature in the re-creation of depleted forests, cleansed water and ‘agroecology’ to establish and maintain livelihoods as the climate changes.

But as George Monbiot suggests in another context ‘it still tends to direct us away from the massive commercial assaults on our life support systems’ and towards the issues I will call micro-consumerist baloney (MCB), such as plastic straws and cotton buds. He sees MCB as a displacement activity: ‘a safe substitute for confronting economic power. Far from saving the planet, it distracts us from systemic problems and undermines effective action’.

And the detail is questionable.

The Earth Day toolkit says Restore Our Earth ‘rejects the notion that mitigation or adaptation are the only ways to address climate change’. This is wrong, and worryingly liable to distract from the pertinent political and economic challenges.

Mitigation is about reducing the level of heating. Adaptation (and loss and damage) is about dealing with the effects of the heating already in the system. Together they are indeed the only ways to address climate change.

That these actions should involve ‘Nature Based Solutions’ (NBS) is undeniable, but to suggest that restoring ecosystems will deal with climate change in a way that is not boring old mitigation or adaptation is nonsense.

We don’t have time for nonsense.

The world has recently seen the end of the Trump presidency, which rejected climate action and failed to address this never seen before, massive, enormous, tremendous, huge, vast, biggest ever emergency.

But there is yet still hope.

30 years after my school celebrated the first global Earth Day, President Biden is using April 22nd to announce the resetting of United States policy and planning in the face of climate breakdown.

It is only big decisions by the rich and powerful, boldly taken and applied with urgency that can avoid catastrophe, and protect the vulnerable from what is facing them here and now.

Our feeling good, as individuals, for Earth Day won’t change the world at all. But large scale action by the powerful absolutely will.