Facing a bleak future in Gaza, enterprising young people feel let down and ignored, says Islamic Relief child welfare worker Mohammad Abdel Majeed Ismaeel. Some are losing their lives. Others are risking perilous journeys to seek opportunities elsewhere. Their stories must be heard this International Youth Day and beyond.

Today’s youth face many challenges. Globally around 126 million, or 30% of employed youth remain in extreme or moderate poverty despite having a job. More than 115 million are unable to read and write and close to 497 million are unemployed. In Gaza, young people are struggling more than usual, as they experience the world’s highest youth unemployment rate and limited spaces in which they can express themselves.

Many feel they face a bleak future.

Through my work with Islamic Relief in Gaza, I work directly with our targeted families and young people. Everywhere I go, I hear young people expressing their despair and exhaustion. Gaza’s youth feel there are no places where they can use their skills and knowledge.

They tell me they feel let down by everyone. Many believe their life has no purpose and have lost all hope for a better future. Tragically, some have even taken their own lives. 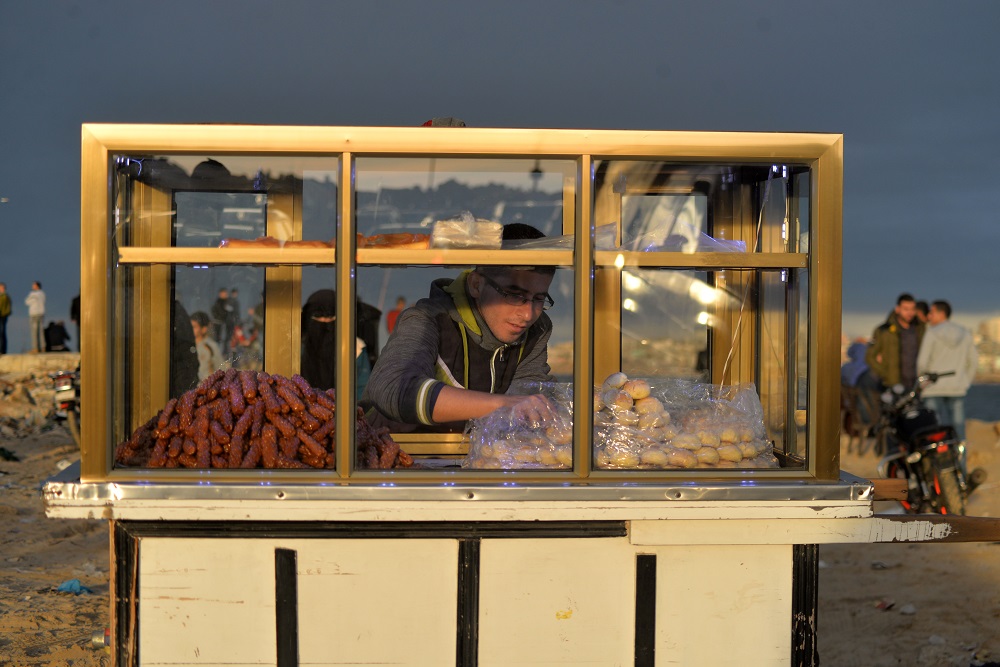 A food kiosk run by an enterprising young Gazan.

Struggling to build a livelihood

Others, in defiance of the challenges they face, have started their own micro-business like small restaurants and freelancing enterprises. It means they can depend on themselves rather than waiting for employers to recruit them.

However, these small projects face huge stumbling blocks. Their enterprises struggle as most potential customers here face the same uncertainty about the future – and therefore spend as little as they can.

Computing and programming businesses have begun facing financial restrains, leaving young freelance workers without payment. This can quickly land the freelancer in debt, and with little or nothing to fall back on they are unable to carry on with their business and feel they can’t try again.

The blockade has impacted every aspect of the Gaza Strip’s fragile economy, due to the tight restrictions imposed on importing and exporting goods. Unemployment rates soared to an unprecedented 46% (72% amongst youth aged 20-29). Moreover, the 40,000 people graduating from university are competing for fewer than 8,000 jobs.

Gaza has experienced 3 devastating wars in the last 14 years, inflicting tremendous damage on lives, property and the economy which is yet to recover.

The limited offering of goods caused a surge in the prices. I remember when it cost a fortune to buy a bed or sofa, let alone build a house. Many young people lost major opportunities for graduate studies and scholarships because of movement restrictions. Furthermore, job opportunities dwindled, leaving the youth with limited life chances. 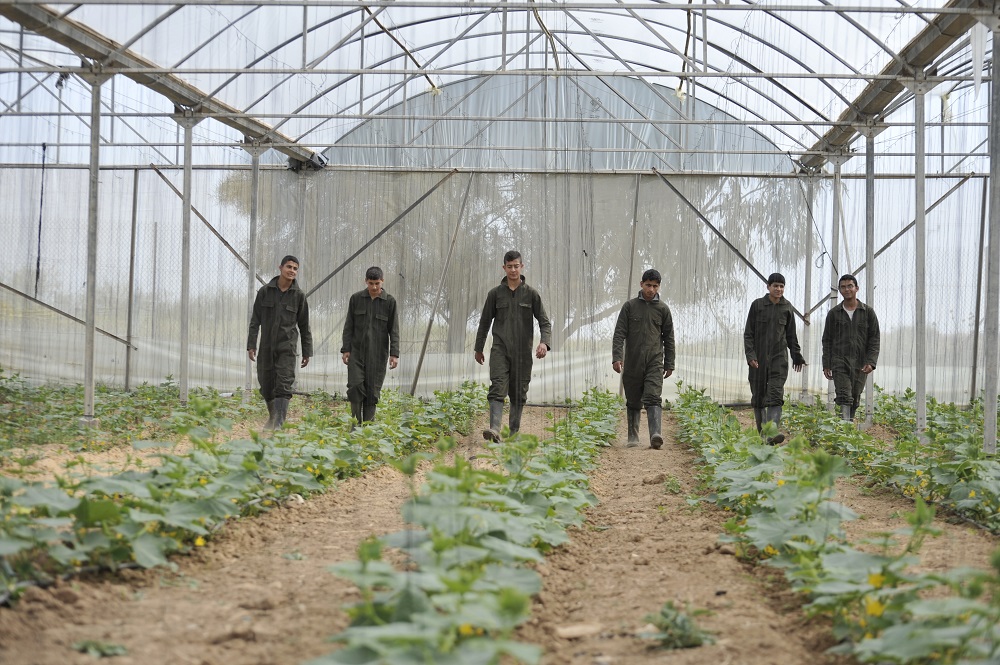 Sharif* is a business administration graduate who has been trying to provide for himself and his family – he is their sole breadwinner. He volunteered with many organisations hoping to gain the skills and experience to secure a decent job. But after a year applying for every available job, all in vain, he made the hard decision to leave everything behind to seek asylum in Europe in pursuit of a better life.

“You can’t say we are living normal life in Gaza. Once a young man cannot buy himself an item of clothing, a good meal, or even live a secure peaceful life, life becomes worthless. I am leaving Gaza holding a huge dream that things will get better for me. But I am uncertain how it will turn out,” Sharif told me in frustration.

Unlike Sharif, Rawand is not leaving Gaza, but she is feeling frustrated. An outstanding translator, she has worked in many organisations but has suffered as businesses downsize and jobs become increasingly scarce. When we were in college she graduated top of her class, yet she lost many chances for postgraduate studies abroad due to movement restrictions.

“Youth in Gaza are losing hope more and more without any way of salvation. I am one of the unemployed youth who graduated and volunteered for several years. Suddenly, with this chaotic situation, lack of funding, and the high unemployment rate, I have been jobless for more than two years now, even though I have extensive experience in translation. Furthermore our dreams of postgraduate studies, are suspended by the movement restrictions, social norms, and being financially incapacitated,” Rawand said.

Another example is Mahmoud, who grew up in an orphanage in Gaza Strip. He is a young artist who is trying to build a better future. Mahmoud told me, “I tried teaching, training, and volunteering for any opportunity, as I want to invest in something that I love and make a living from my passion.” Mahmoud tried to invest in his artistic talent to make a living for himself and his family, however it is very hard to convince families to spend money on artwork when they cannot meet their food and basic needs. Mahmoud traveled to Europe for higher education, and decided not to return.

Big dreams at risk of being extinguished

Securing a decent income, and the ability to start a family, is a human right. But they seem impossible for young people in the Gaza Strip. Each of these young people carry their big dreams and aspirations on their shoulders as they walk the path towards the light at the end of the tunnel. However, most do not reach the light. The challenges and hard times they face make some feel it’s impossible to go on.

Youth are leaving Gaza Strip for the unknown in Europe and other countries. They often risk and lose their lives taking perilous routes towards ‘freedom’ and prosperity, just because they cannot realise these simple human rights in Gaza.

The youth of Gaza are struggling to express their thoughts, hopes and desires to the world. They just ask for an opportunity to prove their worth, to contribute, to make lives for themselves. They are trying to tell the world they exist. It is time the world listened.