Five years on from the earthquake that struck Haiti, we look back at the work that has helped heal the country.

The earthquake, which shook the Caribbean country five years ago today, measured 7.0 on the Richter scale. Its impact was immense. It destroyed everything from schools and hospitals, to government buildings and the presidential palace. Around 200,000 people were killed and 1.5 million people were left homeless.

Assessments soon after the earthquake found that it could take 10 years to rebuild and would cost at least USD $8 billion.

Islamic Relief was one of the first humanitarian organisations on the scene in the aftermath of the earthquake and has spent more than GBP 14 million on programmes in Haiti over the last five years.

Eleven days after the earthquake, we set up the first organised camp for displaced people on a football field in Parc Sainte Claire.

We set up two other camps, together accommodating 1,100 displaced families. We provided water and food, including rice, beans, oil, sugar and powdered milk. We gave out tents, cooking sets, blankets and plastic buckets, hygiene kits, and water cans. We built washing and shower facilities and organised rubbish bag distribution and collections in the camps.

Jean Baptiste, a teacher, was playing basketball with friends when everything began to shake.

“Everything was moving back and forth, we tried to cling to one another,” he said. “I looked around and in one glance I could see that the houses had just collapsed.”

He ran home to be confronted by the sight of rubble piled up on the land where his house used to be. His children, thankfully, had survived, but months after the earthquake his heart still raced at any sudden noise as he tried to adapt to what had happened. 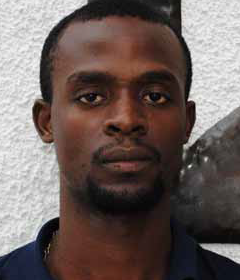 Soon after, Jean Baptiste managed to find work helping with Islamic Relief’s shelter programme. He was one of many who benefited from our scheme to pay people to help in the relief efforts. Others were paid to help clear rubble.

More long-term projects have mostly focused on reconstruction of schools, a cholera prevention programme, and vocational training. Nearly 3,000 people in Haiti died of cholera in the year following the earthquake.

Cholera, a bacterial infection, causes severe dehydration and often causes the affected person to go into shock. It is spread when people drink water that has been contaminated by someone who has already contracted the disease, and an outbreak of cholera is typical of conditions where there is a lack of access to clean water.

Last year, Islamic Relief opened four newly built schools in Haiti. Funded by the Islamic Development Bank, they were part of Islamic Relief’s work to help the country build itself up for the long term. Psychosocial schemes have also been run to help people adapt to the trauma of what happened.

Islamic Relief’s work in Haiti continues. This year, again with the Islamic Development Bank, we plan to open another school, meaning our overall schools programme will have provided safe disaster-resilient and modern learning spaces to 11,200 children today, and many more in the future.