On the ground in Yemen as the country enters a fifth year of fighting, Islamic Relief has renewed calls for world leaders to act to end the suffering.

Already one of the poorest countries in the Middle East before the conflict escalated in March 2015, Yemen is now widely seen as the world’s worst humanitarian crisis. Extreme hunger is commonplace and many live in the shadow of starvation. Water is scarce. Basic but essential services have all but broken down. Livelihoods lie in ruins and children are growing up without access to formal education.

“For the last four years, the people of Yemen have been held hostage to bombs, bullets and been forced to endure a near total collapse of basic services such as health and sanitation which have claimed tens of thousands of lives,” says Islamic Relief’s head of mission in Yemen, Muhammad Zulqarnain Abbas.

“As the conflict has lurched on and on, it has trapped families in an impossible situation of having to choose between feeding themselves or their children.”

No respite from war or hunger

Some 80% of the population have been affected by the war.

In one province after another, schools, factories, hospitals and farms have been destroyed. Some rural communities have for years been cut off from the outside world. The capital, Sanaa, has been repeatedly bombed and shelled. Roadblocks and restrictions in Taiz have pushed food prices to dangerous highs, whilst the sounds of battle have become the backdrop to life in Hodeida, where civilians fear the fragile ceasefire may not hold. 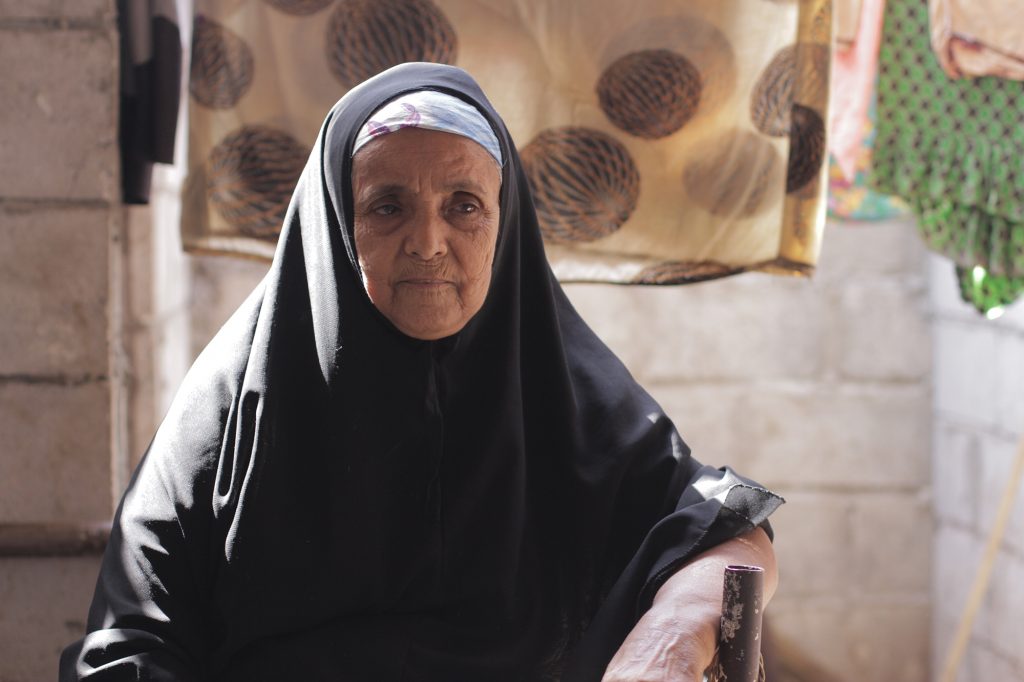 Juma’ah Quhri and her family fled the fighting but are still struggling to survive.

Grandmother Juma’ah Quhri is from Mandhar, now the frontline in the conflict. In June she fled with her son, who is a teacher, and her eight grandchildren.

“When the clashes arrived in our neighbourhood, we did not think to take anything with us and we fled with just the clothes on our back,” Juma’ah said. “Our houses were destroyed after we left the village.”

Now the family live in one room in Hudaydah. The children sleep in the hall, and instead of going to school they try to earn money to pay rent and buy food. Ahmed Mor’ie, also from Mandhar, is also struggling to feed his family after leaving behind his livelihood.

“My daughters were hiding under beds during the fighting, afraid they were going to be hit,” he said, describing the day he fled with his family. “While people celebrated Eid we fled our house barefoot.

“After we fled our house, it was hit in the fighting and our belongings were stolen, but we are happy that we are still alive.”

Despite the fact that his village remains the frontline, and violence in Hudaydah continues in violation of a peace agreement signed in December, two of Mor’ie’s children were forced to return to the village a month ago, to fish: the family’s only source of income.

“We have been suffering since we left our house and we are struggling to stay alive. I hope to get food for me and my family and hope to return to my house in Mandhar as soon as the warring sides agree and stop the war.”

Sadly, there are millions more people like Juma’ah and Ahmed who are suffering in the war-torn country.

Islamic Relief is on the ground in Yemen

Islamic Relief has been working in Yemen for over 20 years, and has continued its lifesaving work on the ground throughout the catastrophic conflict. With offices in Sanaa, Hodeida, Sa’ada, Amran, Raymah, Aden, Marib, Dhamar and Taiz, our incredible staff and volunteers provide critical humanitarian aid, often at great personal risk. Earlier this year, a stray bullet took the life of an Islamic Relief aid worker.

Thanks to your support, we treated malnutrition, enabled families to rebuild livelihoods, provided clean drinking water and basic sanitation services and hygiene items – and made sure orphaned children received sponsorship to meet their basic needs.

We are now stepping up food distributions across Yemen and alongside the World Food Programme, will deliver much needed food supplies to 2.2 million people every month – up from 1.8 million that we were reaching previously.

Ahmed Mor’ie wants the war to stop, to be free from hunger, and to return home.

More humanitarian aid and an end to the crisis urgently needed

Islamic Relief is determined to carry on doing all we can to ease the suffering in Yemen, and recently pledged to spend $7.6 million on humanitarian efforts in the war-torn country. However, we know this is a fraction of what is needed and so we are renewing calls for world leaders to provide aid to Yemen – and to bring about a total ceasefire and peace talks that end this devastating crisis.

“After four years of war, an estimated 24 million people need humanitarian aid or protection – including a staggering ten million people are at risk of starvation. These are big numbers, almost impossible to comprehend,” adds the Yemen head of mission, Muhammad Zulqarnain Abbas.

“Every day, Islamic Relief aid workers and volunteers see the ordinary people who make up those extraordinary numbers. They are men, women and children who want nothing more than to live in peace and rebuild their shattered lives. An end to this horrendous suffering is long overdue.”

As the war grinds mercilessly on, the people of Yemen need your help today more than ever. With your support, we can continue to provide the lifeline they so desperately need. Please donate to our Yemen Crisis Appeal now.