‘I lost all my belongings, my land, my home’: Climate-induced migration in Pakistan

HomeBlogs‘I lost all my belongings, my land, my home’: Climate-induced migration in Pakistan

In recent years, climate change has become an increasingly recognised factor driving migration. But while researchers continue to debate the phenomenon, vulnerable communities are forced to uproot themselves as their land becomes uninhabitable. Islamic Relief Pakistan’s Research and Advocacy Officer Zahra Khan Durrani and former Research and Development Intern Amna Shahzad shed light on the experiences of women in coastal areas of Pakistan who were forced to leave their homes due to climate change. 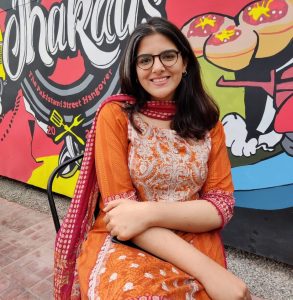 While holding consultations in Pakistan’s Sindh province ahead of the publication of Islamic Relief’s Climate Induced Migration – Global Discourse, Local Realities, and Governance report, we had the opportunity to witness the effects of climate induced migration on communities first hand.

We were part of a 4-person team who visited areas hit hard by extreme weather and interviewed people who had migrated in the hopes of escaping its ill effects. We also spoke with people who were considering migrating, as survival in their local area was becoming more difficult each day. 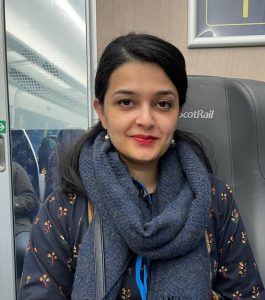 Of all the places we visited, it was Abu-Bakr Khaskheli village in the Keti Bander Tehsil of District Thatta that struck us most. There, we held an in-depth focus group discussion with women from the community, gaining an insight into their lives both before and after migrating.

Women are disproportionately affected by changing weather patterns but speaking to women in coastal and rural settlements in Pakistan can be difficult as socio-cultural norms restrict many women and girls to their homes. The focus group provided a platform for us to hear directly from women on their experiences of climate induced migration.

10 women aged between 20 and 70 took part in the focus group, sharing stories of their lives before migration, their experiences of moving and their current living conditions. These women were forced to flee their native village in Kharo Chan in 2007 after sea intrusion destroyed the community’s agricultural land, and local livelihoods with it. Villagers were left miserable and extremely vulnerable.

They had no choice but to move away, and this was only possible after 100 households collectively sold their livestock which was used to buy a piece of land in a neighbouring area. For rural and coastal communities, livestock is more than a source of food and labour. It can be a means to strengthen social bonds – such as when a cow or goat is gifted in marriage ceremonies – or used as a form of savings and loan. In order to secure a safe home for themselves elsewhere, the villagers were forced to let go of these important tokens of cultural and traditional value.

After deciding to migrate, the men of the community set off first, leaving the women and children behind as they searched for a suitable place to settle.

In their absence, disaster struck.

Mariat Khatun, a 70-year-old woman was one of the villagers that spoke to Islamic Relief about her experiences of migration.

Torrential rains and Cyclone Yemyin wreaked havoc in coastal Pakistan, and the women and children of Kharo Chan were forced to move to escape the danger without the assistance of male community members.

“I was all alone, with no money to migrate from Kharo Chan, so I had to take a loan so that I could safely lead my family out of the disaster zone. I lost all our belongings, land and my home as well,” Mariat, a 70-year-old woman now living in Abu-Bakr Khaskheli village said.

Life after migration was not as easy as the women had anticipated, they said. The community members had to abandon their native area and restart their lives from scratch in a new location, which came with its own challenges.

The men now make a living through fishing and cultivating rice, while the women tend to children, livestock and household chores. The practice of purdah restricts women from working, gaining an education, or leaving their homes.

Although the community now enjoys some improved facilities like electricity, access to markets, and limited fresh water, the majority of people we spoke to said that their lives were very difficult.

The challenges of starting again

The women mentioned economic loss, security issues and the limited supply of fresh water as some of the most critical issues they faced in their new home. Other problems included poor sanitation and hygiene, a heavy disease burden and the cultural restriction on their movement that confines them to the home.

“We don’t have washrooms here. The conditions are so dire that we have to go to the fields. We are in desperate need of a washroom,” Amma Haleema, a community elder said. The lack of a washroom prompts not only concerns about hygiene but also security as traveling to fields to relieve themselves puts women in a vulnerable position.

A recent cyclone in the area caused a power cut and electricity is not expected to be restored anytime soon. Some community members are trying to find their own solutions. Haseena, a young woman, said that her brother had bought a solar panel, but not everyone can afford one or has the knowledge to maintain it.

Another pressing concern is an enormous pool of stagnant rainwater which has accumulated in the middle of the settlement. Community members do not have the resources to pump the dirty water out, so it has created a health and hygiene risk.

Villagers tend to the livestock they were able to take with them while migrating.

The stagnant water is causing diseases among the residents. “There are a lot of mosquitos here. I guess it is because of the water outside. They are just too much. We even use coils to keep them away, but it hardly works. All of us have been vaccinated against Covid-19, but I’ve heard that dengue and malaria are spreading a lot these days,” Haseena said.

An older woman, Meena, said that the villages’ children were complaining of stomach aches due to a lack of clean water. Women may suffer more from diseases related to the stagnant water as they have less access to healthcare than male members of the community.

Despite the challenges they face, the women we spoke to unanimously agreed that they do not want to return to their previous homes as the agricultural land has been washed away and they would not have access to clean water.

The community migrated to protect themselves from the devastating impacts of climate change. In search of better opportunities and a safer place to live. While they have found comparative safety, life remains hard.

Meena said she did not want to move again and urged our team to go to the capital and advocate on her behalf.

Researchers continue to debate the nature of climate induced migration but in rural Pakistan the reality is plain to see. It is high time for governments and civil society to focus on the plight of communities who are bearing the brunt of climate change.

The immediate focus should be promoting research on climate induced migration, while building the resilience of at-risk communities so that they can better cope with the adverse impacts of climate change.

Islamic Relief works with communities to help them mitigate and adapt to the negative effects of climate change. Please help us continue this vital work. Donate now.