International Women’s Day: we are all in it together

HomeBlogsInternational Women’s Day: we are all in it together

This International Women’s Day, Najah Almugahed, gender protection and inclusion advisor for Islamic Relief, points out that gender equality is not a women’s issue, but a social issue that requires everyone’s attention. 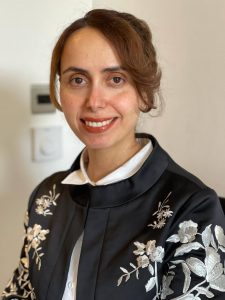 I am 4 years older than my brother. I love him to bits, we look alike, have very similar characters, and have been each other’s support. We used to do everything together, until we finished school. At a certain point society imposed its rules.

A lot of things became socially acceptable for him but not me, without any explanation other than our different genders.

This angered me, I couldn’t accept it. I am older than him, and I can certainly look after myself, but social rules are bigger than one person’s action. It needs collective response by women and men for change to occur.

For 100 years there has been a single day every year focused on promoting women’s rights: now known around the world as International Women’s Day.

In the late 90s men called for an equivalent to highlight their issues as well. While International Men’s Day is now marked in November by a growing number of countries, it is not recognised by the United Nations amongst the 153 international days highlighting 192 causes.

International days are significant: they acknowledge and advocate on issues that range from social, political and health rights to climate change awareness. Each issue is as important, and a dedicated day per year only scratches the tip of the iceberg.

I think this growing narrative of a mirroring international day for men is problematic. The core message for International Women’s Day is to advocate for gender equality. Equality doesn’t happen in a vacuum, but rather in relation to other social groups.

Having separate days, in which one recognises women’s challenges and obstacles and another for men, isolates the conversation. It detaches women from their surroundings and looks at symptoms without addressing social interlinkages and root causes for women’s equality.

The systematic discrimination against women and girls is deeply rooted in our world today, and it is estimated that it will take more than 136 years to close the gender gap. In another words – realistically speaking – unless we act now we will not see gender equality in our lifetime, and probably nor will our children. For that, men must be engaged in the conversation.

What we mean by gender equality

It is sometimes difficult to explain the meaning of gender equality. It can mean different things to different people. I find it easier to use tables, numbers and indicators, as a common universal language. Looking to the dedicated Sustainable Development Goal helps: Goal 5 focuses on achieving gender equality and empowering all women and girls. We can measure progress by looking at data on things such as women’s participation in education, politics, employment, and incidents of violence against women and girls to name just a few.

Islamic Relief of course works in places in which men and women are living in poverty and often without access to basic human needs. Factors such as age, disability, race, and ethnicity can all deepen their vulnerability – and we know that being a woman or a girl makes a person more likely to be in a position of disadvantage than being a man or a boy.

Let’s look at some of the facts:

The more numbers we analyse, the more we understand that women and girls are in a disadvantaged position.

The fact that there is an International Women’s Day is not something to celebrate: it means there is a big problem that requires attention.

There is no rivalry between men and women about which international day is worthy of recognition. Rivalry can only exist between parties on an equal footing.

Imagine a marathon in which some athletes must run 10 miles before they even reach the starting line. A cycling competition in which half of the competitors have flat tyres. Or a chess match in which one contestant has twice as many playing pieces.

Even in the most challenging contexts men have the advantage over women. It might be laws that discriminate against women, the preference of families to educate boys rather than girls, or hiring practices that see a man as a more attractive candidate for a job than their female counterpart. These are just some examples – I’m sure you can think of others.

The world must have gender equality

Understanding this, we also understand that competition between privileged and under-privileged groups is inherently unfair. There is therefore no rivalry between men and women, and debating whether to mark an international day for women or for men is little more than a distraction.

At Islamic Relief, many of our programmes ensure women and girls can access education, health, water and sanitation, and livelihoods. But while responding to these immediate needs is important, this on its own cannot tackle the root causes of gender equality. Therefore, we work on raising awareness on gender-related issues, engaging faith leaders to become advocates for change in their communities.

It is a long process, and everyone’s support is needed. For me, personally, I have had to negotiate a great deal in life, and throughout that my brother has been my most steadfast ally.

While there is still disparity between men and women, there will be a need for International Women’s Day. The aim is not to push women above men but to put them at the same starting point, and for that we also need men to push with us as hard as they can.