This World Earth Day, Islamic Relief is backing calls for greater protection for the planets’ species and highlighting how we are responding.

In Islamic Relief’s policy stance on biodiversity, issued today, we are highlighting the need for urgent action to tackle the accelerated rate of species extinction. Many species are already extinct and countless others face the same fate.

Biological diversity – or biodiversity – is the term given to the variety of life on Earth and the natural patterns it forms: the animals, plants, fungi, bacteria, and other intertwined life forms within any ecosystem.

As for the earth, We have spread it out, set firm mountains on it, and made everything grow there in due balance. We have provided sustenance in it for you and for all those creatures for whom you do not provide. (Qur’an 15:19-20)

The dangers of biodiversity loss

Climate change, alongside factors like land degradation and habitat loss, is emerging as a top threat to wildlife around the globe. Scientists are warning of the continuing and imminent loss of species of plants, insects animals and marine life.

It is predicted that animal numbers in Africa will decline by as much as 50% by the end of the century and 90% of precious coral reefs in the Pacific Ocean will bleach or degrade by the year 2050.

A continued loss of biodiversity will disrupt these services even further. If the global temperature is allowed to rise to 2°C, the risks facing plants, animals and insects roughly doubles.

The ocean provides most of the life-supporting environment on the planet. It hosts a large portion of biodiversity, plays a major role in climate regulation, sustains a vibrant economy and contributes to food security worldwide. 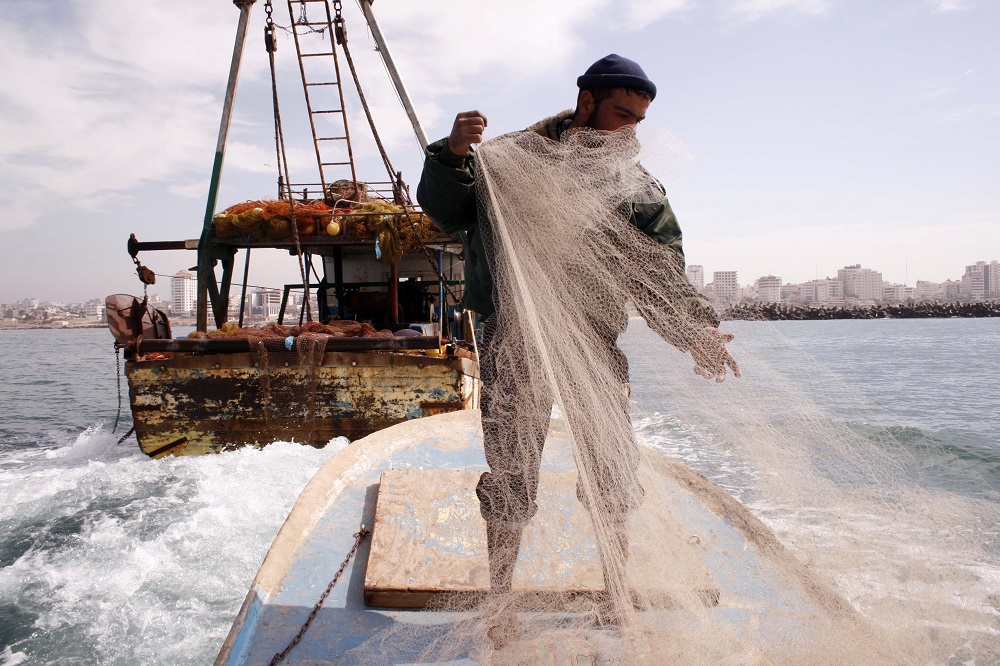 Fishermen off the coast of Gaza.

To protect marine biodiversity and ecosystems and counter the effects of climate change, the most practical and promising actions have been shown to be habitat protection, eliminating overexploitation, reducing pollution, restoring vegetation, relocating and reef restoration.

Securing community land rights is an effective, efficient and equitable climate action that governments can take to protect the world’s forests and ecosystems. Deforestation must end, globally, on an absolute basis. Reforestation and improved forest management are opportunities for increasing mitigation ambition. Protecting forests while allowing for indigenous and community-based forest management to provide biodiversity, food security, and carbon sequestration benefits is an urgent priority.

Islamic Relief recognises that poverty and environmental degradation need to be tackled together to alleviate the suffering of the world’s poorest people in the long term, and to be true to Islamic teachings. Fortified by God-given duties towards stewardship and responsibilities to protect the environment, and through our programmes and organisational behaviour, Islamic Relief can do much to tackle environmental degradation.

We believe that humankind has the responsibility to maintain the balance and proportion that God has built into the Creation, and that much suffering is being caused by disruption of that balance and proportion. We endorse the Islamic Declaration on Climate Change which states that because of human action “we are in danger of ending life as we know it on our planet”. Islamic Relief believes that a rich biological heritage, a stable climate and clean water are as important to communities as their material needs.

While recognising that Islamic Relief cannot single-handedly change the world’s economic system and modes of production, we can ensure that our own actions and programmes do not place more than a minimum additional burden on the environment.

Progress has been made through Islamic Relief Worldwide’s Climate Change Policy, and the Islamic Declaration on Climate Change. A major programme by our Humanitarian Academy for Development has added much-needed momentum on sustainable consumption and production.

We have also directly shaped global climate change policy through giving the United Nations Framework Convention on Climate Change the results of our ‘Talanoa Dialogue’ consultations, which were held across 13 countries.

In addition, in our Environmental Policy we commit to reducing our environmental impact and continually improving our environmental performance as an integral part of our business strategy and operating methods. We pledge to assess our work to ensure that our activities do not contribute to species extinction and biodiversity loss.