Islamic Relief gets VOCAL on climate change policy in Pakistan

Islamic Relief is campaigning to bridge gaps between climate change policy and practice in Pakistan.

The nationwide campaign, Voices Organized for Climate Change Advocacy and Lobbying (VOCAL), targets grass roots policy makers and planners in one of the world’s most climate vulnerable countries.

Unpredictable and uncertain rainfall has brought devastating floods to some areas, while in others communities have struggled for food and water through severe droughts.

The campaign aims to find common understanding of the impacts of climate change in the context of policy and the realities facing ordinary people.

The strategy is to use this knowledge to mobilise the public to influence decision makers to reduce inconsistencies in planning and budgeting. 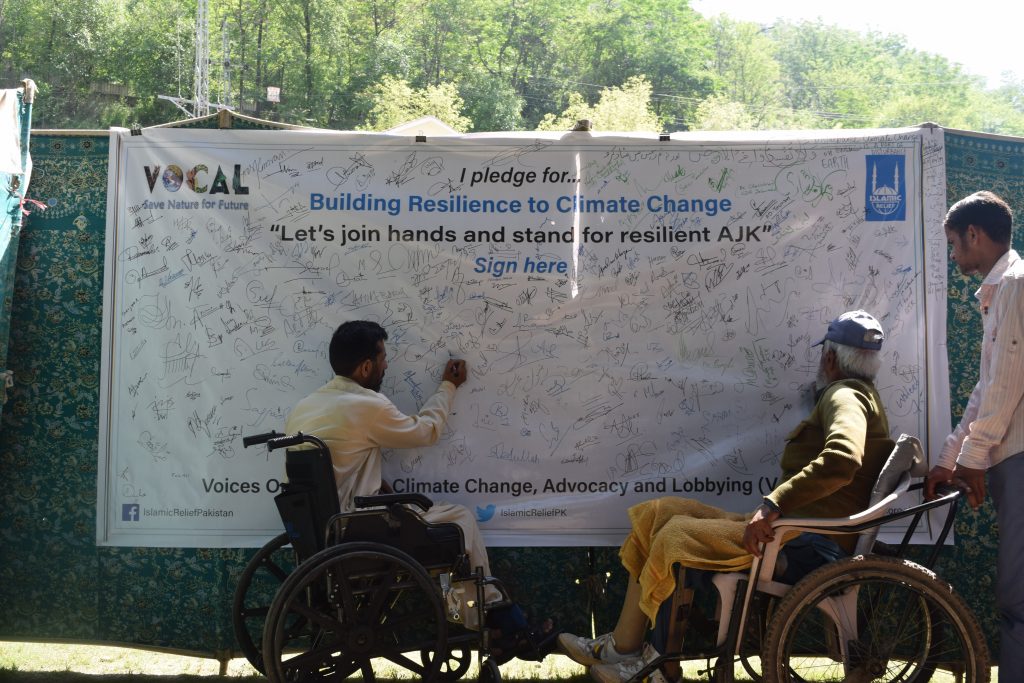 To address incoherence and inconsistency between policies and actions, the baseline report recommends including climate change concerns in sectoral policies and administrative arrangements for implementing them.

Islamic Relief has started piloting this approach in our programmes in Pakistan. We are also helping mobilise communities to push for the approach to be widely adopted.

By engaging with chief ministers, governors, public representatives, faith leaders, media and academic institutions, we are building a consensus understanding of the issue and devising ways forward.