More than 1,300 people have lost their lives to this disease in the past two months and 30 people (many women and children) are dying every day.

Hospitals and health centres across the country are overwhelmed by the increasing numbers of patients needing urgent treatment.

We have provided 60 tents for three hospitals in Sana’a, which can accommodate 300 patients.

One of these hospitals is Al Sabeen hospital which is receiving between 100-150 cholera patients a day who are being forced to share hospital beds. Staff here are working around the clock to treat these patients but haven’t received a salary for the past eight months.

Muhammad Abbas Zulqarnain, Country Director for Islamic Relief in Yemen said: “This cholera outbreak is now affecting every part of the country in Yemen and it’s hardly surprising that the health facilities are struggling to cope. Less than half of them are fully functioning after two years of war; many lack some of the most basic medical equipment and drugs and staff haven’t been paid for over eight months.”

“The level of suffering in Yemen, even without the cholera crisis, is absolutely tragic. People are contracting the disease because they don’t have enough food to eat or any clean water. And once they get the disease they are struggling to afford the costs to get them to hospital.”

Islamic Relief staff on the ground met some of the many children suffering from the disease. 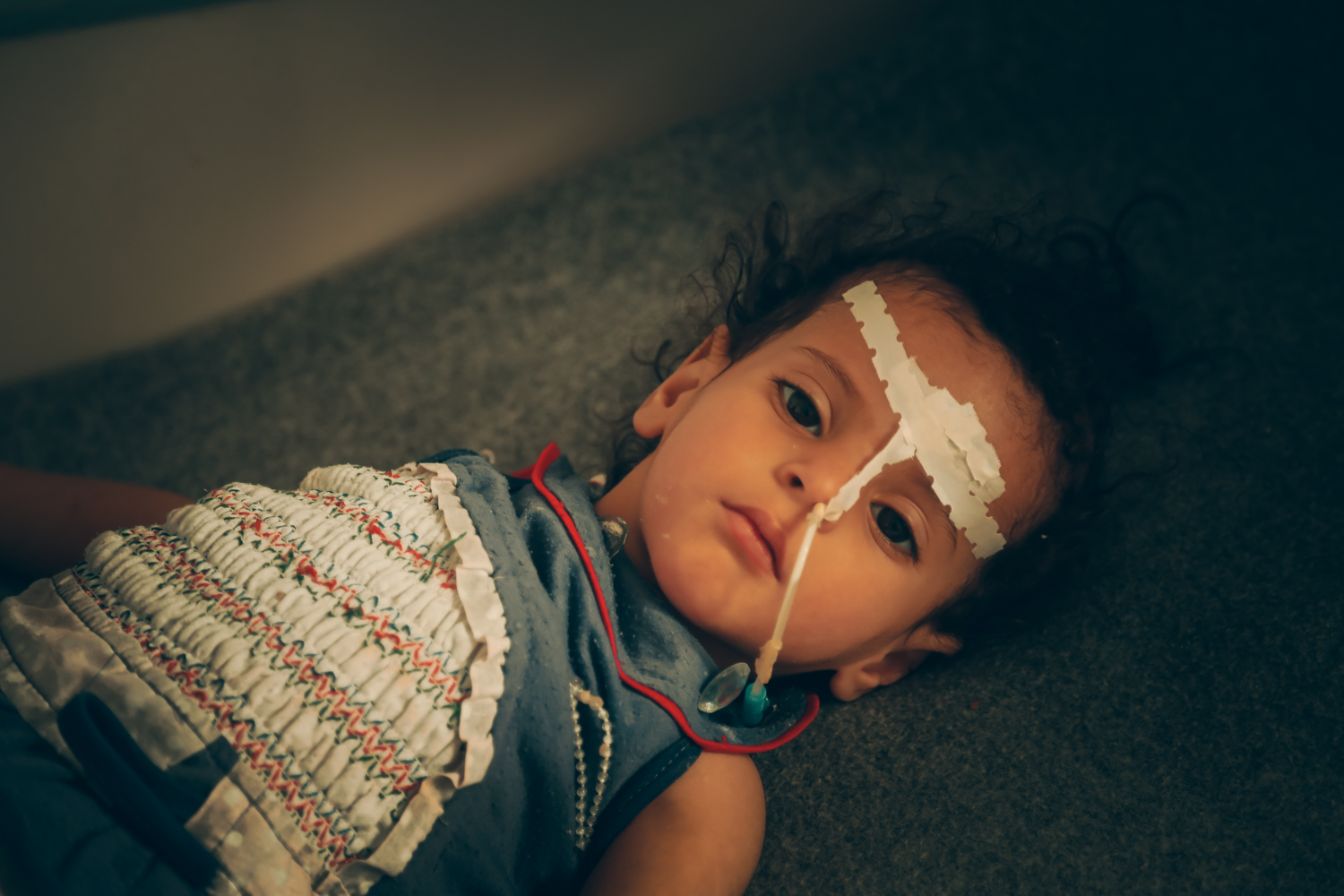 Rahaf Ibrahim is three years and seven months old. She and her family were displaced from Raymah Governorate and are now living in Sana’a. She was suffering from malnutrition and then became sick with acute watery diarrhoea. Her mum, Iftikhar, took her to the hospital where she was diagnosed with cholera and is receiving treatment alongside her older brother. Her other brother Mohab and mum and dad have all been treated for the disease and fortunately made a recovery. Iftikhar’s husband recently informed her that another son at home has started to have diarrhoea. Iftikhar is desperately worried about being able to care for her children. Her husband, like so many in Yemen, has no work and they are several months behind on the rent. She is worried that they will be thrown out of their house and they won’t be able to afford the treatment costs.

Nabeel Saleh Mohammed (6) suddenly contracted acute watery diarrhoea and was in a lot of pain. His grandmother rushed him to hospital and he was unconscious by the time he arrived. She was beside herself with worry as she had no idea what was wrong with him. The doctor diagnosed cholera and he is now receiving treatment.

Looking around the hospital, the grandmother was very concerned She explained: “There are so many people who are suffering from this disease. The hospital is already full and many new patients are arriving every day. I hope my grandson and all the other children will get better soon. This conflict is making living conditions more and more difficult every day. I pray that it ends soon.