Islamic Relief Worldwide has welcomed the appointment of Islamic Relief USA’s President to the leadership team at the World Food Programme (WFP) USA.

Last week WFP USA announced it had appointed Anwar Khan, whose experience in the humanitarian and development sector spans two decades, to its board of directors.

“It is an honour to be on the board of WFP USA, an organisation that is one of the leading advocates for helping those experiencing hunger,” says Anwar Khan. “I have seen the lifesaving work of WFP in conflict zones, natural disasters and some of the neediest places in the world. To many people, it is a lifeline.”

Influential in ensuring Islamic Relief’s positive impact across the globe

The appointment is warmly welcomed by Islamic Relief Worldwide, with whom Anwar worked before helping to set up Islamic Relief USA in 1994 and going on to hold numerous key roles within the charity.

“Anwar Khan has been absolutely pivotal in developing Islamic Relief into a leading charity in the United States,” says Islamic Relief Worldwide CEO Naser Haghamed. “Islamic Relief USA is respected for its domestic programmes, including the contribution its volunteers make alongside the Red Cross in humanitarian response to hurricanes and other emergencies. It also makes a huge contribution to the collective efforts of the global Islamic Relief family to alleviate poverty and suffering around the world.

“Islamic Relief Worldwide is delighted that Anwar’s dedication, expertise and passion for humanitarianism will now also benefit the World Food Programme, who are one of our key humanitarian partners internationally. This appointment reflects our positive partnership with the WFP not just in the United States, but right around the world.” 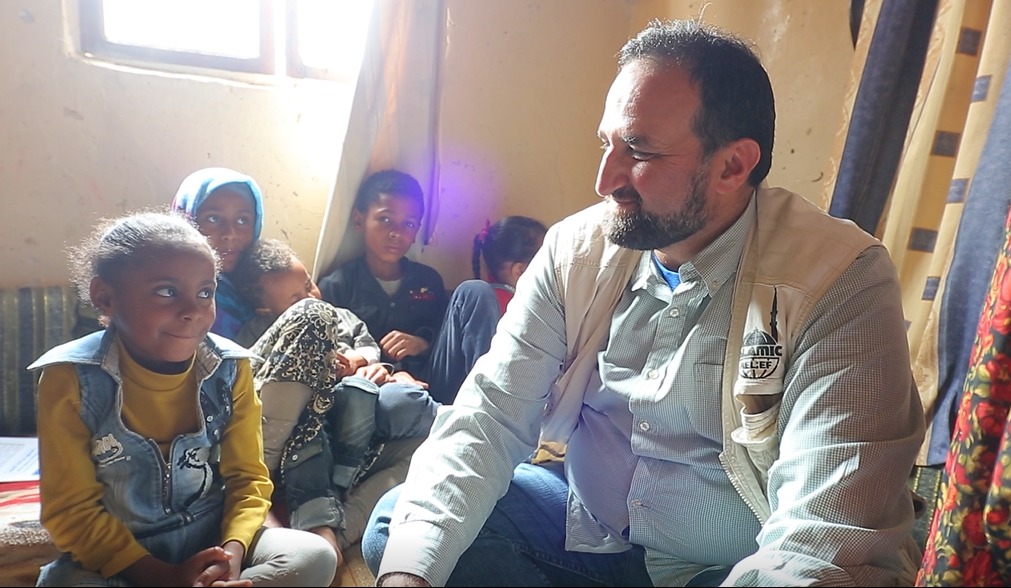 Anwar Khan speaks with children in Yemen who are supported by Islamic Relief’s orphan sponsorship programme.

WFP a key Islamic Relief partner in battle against hunger

Islamic Relief’s biggest operation with the WFP involves food distribution in war-torn Yemen, where 80 per cent of the population rely on outside aid. Since 2015, our partnership with the WFP has been a lifeline for families on the edge of survival in the country. Last year alone, it meant Islamic Relief could feed around 2.2 million people every month, with over 300 staff and thousands of volunteers operating 700 distribution points across 6 governorates.

Naser Haghamed and Anwar Khan saw the partnership in action during separate visits to Yemen last year, with both speaking movingly of the suffering they witnessed and how Islamic Relief’s biggest ever relief operation is helping.

A lifeline for families in Yemen and beyond

Having worked in Yemen for over 20 years, Islamic Relief has been a lifeline throughout the conflict, operating in 17 of 22 governorates and supporting 156 health facilities across the country.

As well as giving vulnerable families Ramadan food parcels this month, through our global coronavirus response we are supporting people in Yemen as they face the spectre of COVID-19. Installing hand sanitation facilities at all our food distribution points and supporting a health system already on the brink of collapse, we have also worked with other United Nations agencies to provide meals and hygiene kits to people in quarantine centres.