“It was extremely difficult to witness his suffering”

For World Humanitarian Day we’re paying tribute to our humanitarian heroes in the field.

Bodour Abukuwaik, our communications officer in Gaza, explains the challenges of working in the Occupied Palestinian Territories:

“I made a field visit two years ago to Al Shejahea neighborhood to meet seven-year-old Yousef, an active little boy sponsored by Islamic Relief.

“I talked with him about his daily life, hopes, and ambitions, and about his dream of becoming a football player. I recall a small lovely garden at his house where he used to spend happy time playing and drawing with his elder sister, Iman. 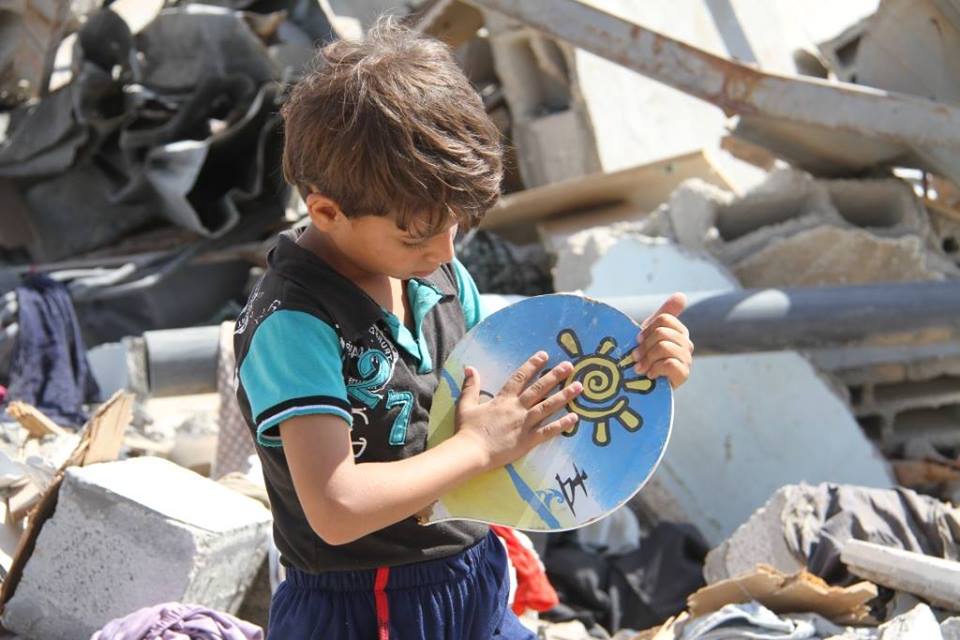 “Two days after that visit, war blew up in Gaza and days later, Yousef’s neighbourhood was hit.  When a ceasefire was announced for few hours I went to visit and was shocked as I could not recognize the area.

“Everything had changed. Massive destruction was everywhere – damaged houses, destroyed sewage networks, severed electricity wires, and rescue teams searching for dead bodies. We walked over the rubble, and I was hardly able to move or identify the scene around us.

“When we reached the place where Yousef used to live, rubble was everywhere putting an end to all his hopes and dreams. In front of this catastrophic scene, Yousef failed to hide his shock when finding that all his toys were broken.

“It was extremely difficult to witness his unbearable suffering after seeing his previous happiness.

“Misery can be seen in the eyes of those injured kids waiting for their parents in Gaza hospitals. Shima’a is one of those children who spent days in a hospital waiting for her mom to come, unknowing that she passed away days ago.

“What is most difficult in Gaza is that you find yourself helping the needy today fearing that you, yourself, will be one of those asking for relief tomorrow.”

See pictures of our staff in action in the field here.