The effects of recent flash floods have been devastating. People have lost their homes, livelihoods and family members.

Ongoing seasonal rainfalls have led to lethal flash floods in Ethiopia, Kenya, and Somalia. This flooding has affected over 1 million people so far. People have been evacuating their homes in order to find safer ground, infrastructure has been severely damaged in some regions and this is affecting aid efforts.

This part of the world is often afflicted by drought, but now it is facing an emergency situation due to the flash floods. These cyclical disasters have severely depleted the coping mechanisms of communities that were already vulnerable. 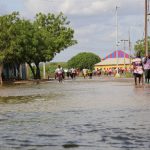 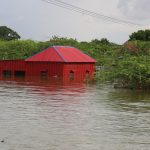 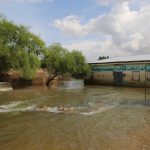 Those who have not been able to escape the flooding have been marooned as floods have swept away their homes and a possessions.

“The ever-changing climate is wreaking havoc in East Africa. Only last year we saw the impact of drought on local farmers and pastoralists who were forced to flee their homes to find water. This year they are fleeing their homes to save themselves from flooding.

Our teams across the region are delivering much needed emergency relief, but we will continue to see the number of people affected by flooding rise given this is an unpredictable situation due to access to affected areas and continuing rainfall.”

The Patel dam in Solai, northern Kenya burst on Wednesday night. At least 38 people have been killed and hundreds have been displaced. Many more are feared to be trapped under the mud and debris. The government and humanitarian partners have begun enacting assessments of the situation and responding where they can.

Islamic Relief Kenya has conducted is rapid needs assessment for affected areas. Logistics and mobilisation of food packs and non-food items (NFIs) are now closer to the affected areas. Our team in Somalia are distributing food and NFIS to affected households.

Almost 500,000 sachets of water treatment chemicals have been procured and delivered to project areas and are ready for distribution. The promotion of hygiene and sanitation projects have been strengthened during critical times of rains and flooding.

We are doing all we can to help the people affected by this disaster. Please donate, your donation could save lives.