Naser Haghamed to step down as CEO for health reasons

Naser Haghamed, CEO of Islamic Relief Worldwide, has announced that he will be stepping down at the end of January 2021 for health reasons, after nearly five years in the role.

“On behalf of the Board of Trustees, I would like to thank Naser for his decades of dedicated service and for his successful time as our CEO. Under his tireless and passionate leadership, the number of lives touched by our work across the world has passed the 120 million mark, and last year IRW generated its highest ever annual income. This means that we are now able to reach more people, in more places, than ever before.

“In 2019 alone we provided vital support to more than 9.5 million people worldwide. This included life-saving aid for over 5 million people in Yemen and Syria, transformative water and education programmes, and innovative projects helping communities cope with the devastating effects of climate change.

“We sincerely hope that Naser will be able to return to Islamic Relief in some capacity in the future, once his health improves.”

Naser Haghamed, 54, was born in Eritrea but was forced to leave his homeland as a refugee before he could complete his schooling – an experience that shaped his life and later fuelled his passion to serve the world’s poor and marginalised through Islamic Relief. He has been with the organisation for 27 years, having initially joined as an IT Manager and risen through a variety of roles before being appointed CEO in April 2016. 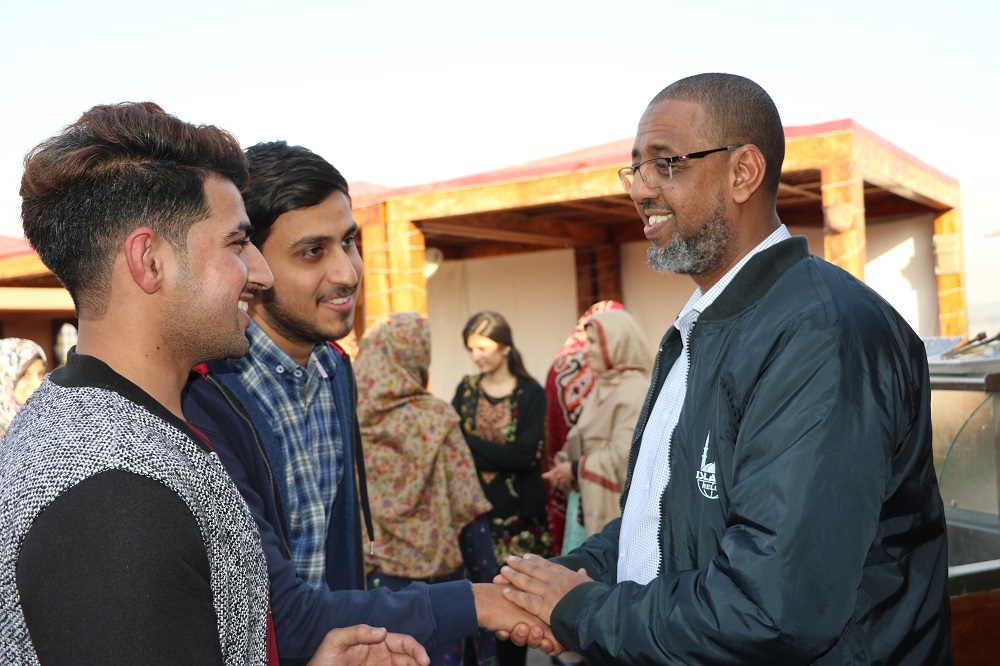 In Pakistan, Naser Haghamed meets some of the young people to have benefited from Islamic Relief’s orphan sponsorship scheme.

During his Islamic Relief career Naser has led the International Programmes Division through a period of positive growth and diversification; overseen the establishment of the Humanitarian Academy for Development as a global centre of excellence; and expanded TIC International as a retail subsidiary generating income from charity shops and recycling.

“It has been an honour and a privilege to serve the millions of people we support around the world, and it is with great sadness that I am stepping down. I have seen for myself in so many countries that the impact of what we do is hugely positive and we have made great progress, but there is a lot more to do. Islamic Relief has been a big part of my life and I will continue to support the organisation’s work and the next CEO in any way that I can.”

Naser will continue in the role until 31st January 2021. The recruitment process for a new CEO will begin this month.