Islamic Relief Worldwide is proud to announce the appointment of a new Chair and Vice Chair to oversee the completion of the organisation’s new five-year strategy for 2016-2020 and carry forward a far-reaching governance reform programme launched last year. 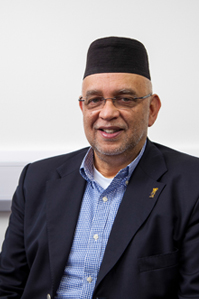 The new Chair is Tahir Salie, a South African citizen who helped bring about equality for all in his native country and shape a positive future through his active involvement in the anti-apartheid movement. Mr Salie brought his vast experience with local, national and international NGOs to the Board of Islamic Relief Worldwide in 2007, and has continued his work for the poor of Africa and Asia through several key initiatives in recent years. Mr Salie has a professional background in business consultancy for private and public sector institutions.

The new Vice Chair is Lamia El Amri, a Muslim women’s rights activist and former elected representative on Stockholm City Council who now works at the Swedish Labour Agency as a Senior Manager. Mrs El Amri joined the board of Islamic Relief Worldwide in 2013.

“I am privileged to be taking on the chairmanship of Islamic Relief Worldwide at what is an important and exciting time for the organisation, and I’m excited by this opportunity to lead further steps forward in our global mission to alleviate poverty and suffering,” says Tahir Salie. 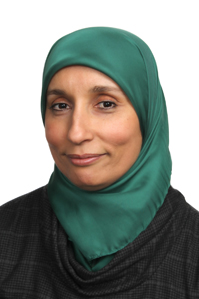 “I am looking forward to finalising the new five-year strategy, capturing our vision for the years to come and setting out the contribution we hope to make to achieve the UN Sustainable Development Goals. I am also keen to build on the good work that began in April 2014 to reform Islamic Relief’s governance. The changes we are implementing are a natural and necessary part of the significant expansion we have experienced, and include the introduction of an inclusive democratic process in which all partner offices around the world have the opportunity to elect trustees to the global board.

“I would like to pay tribute on behalf of the board to our three longest serving trustees, who have been in the forefront of initiating these governance changes.  Dr Mohammed El-Alfy, Dr Abdulwahab Nourwali and our outgoing Chair, Ibrahim El-Zayat, are stepping down to hand over to the next generation, and we thank them for their many years of distinguished service.”