Nine years since the conflict in Syria began, many are at breaking point

HomeAppealsEmergenciesSyria CrisisLatest NewsNine years since the conflict in Syria began, many are at breaking point

This week marks nine years since the beginning of the devastating war in Syria, which has left 11.7 million people in need of humanitarian assistance. Countless lives have been shattered by this complex crisis and the situation remains unstable.

Since the conflict began, the country has experienced turmoil in almost every way possible. It has seen deepening poverty, a lack of access to resources and successive rounds of violence. Many do not know where their next meal is coming from. Children continue to be killed, orphaned and deprived of their right to an education.

What’s more, the healthcare sector is on the brink of collapse. In the past few months more than fifteen hospitals supported by Islamic Relief have come under attack. This is “a reminder of how urgently we need to see an end to this crisis”, says Naser Haghamed, CEO of Islamic Relief Worldwide.

In northwest Syria where Islamic Relief is one of the few international non-governmental organisations still working on the ground, violence has recently escalated. More than 900, 000 people have now been displaced, 80% of which have been women and children. Islamic Relief’s Syria Country Director describes the dire conditions facing those in the area:

“There is simply nowhere left to go. People are living in bombed out buildings and even a prison which briefly doubled up as a refuge before it too was attacked. They’re squeezing into tiny rooms with relatives, sleeping at the edge of squalid overcrowded camps”. 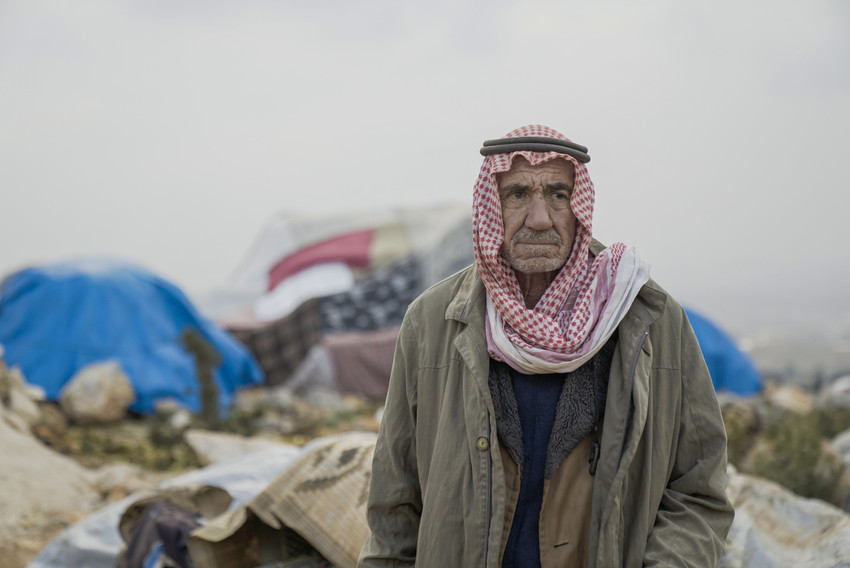 “We have no breadwinner but Allah”

For many, being forced to flee their homes comes as no surprise. 6.2 million people have been displaced from the country since the war began, becoming one of the largest refugee crises of our era.

Less than a year ago, Fatima lived in a comfortable house with her husband and their children. Now she is alone with her children and living in a camp near the Turkish border.

“I lost my husband almost a year ago when a rocket fell on the village,” explains the mother-of-four. “He had gone to tend our land on the outskirts of the village. I was at home with my children when the bombing started. I picked up my young children and we ran, frightened, among the olive trees… fleeing the bombing.”

They hid in a cave until night fell. Then they started walking.

“We did not know where to go. A passing car took us to one of the camps on the Syrian-Turkish border. Now I am here alone with my young children. We sleep in a tent with other widowed women, waiting for a tent of our own.

“I never thought my life would become what it is now. We have nothing. No bed or blankets. We have no breadwinner except Allah, then the good people and humanitarian organisations that help us.”

Grappling with the dire conditions in the camp, the thirty-nine year old desperately misses her family. “This conflict separated our people. I no longer know where my elder brothers and mother are. My dream is to see my family again soon. I hope that Allah will end this fighting and that we can return to my village and home to live in safety and peace.” 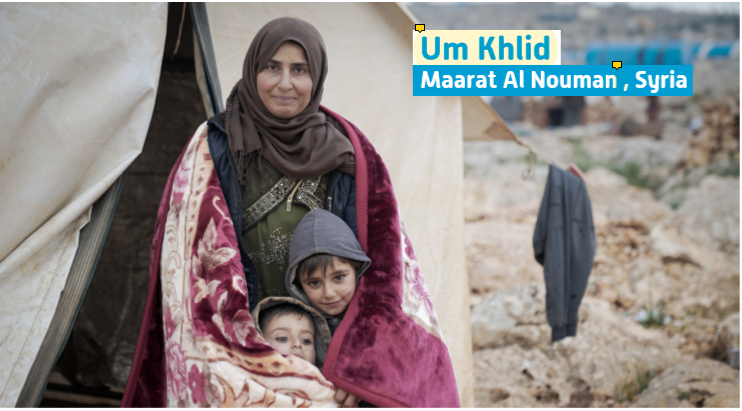 Push harder than ever before to end the crisis in Syria

Since the conflict began, Islamic Relief have provided humanitarian aid to nearly three million Syrians. We have provided food, healthcare, education and child welfare, as well as shelter and wash facilities.

However, Syria’s people are still very much in need of our help and there are many who continue to suffer.

The world must recognise the responsibility we all have to end their suffering – and act now.

“As the people of Syria enter a decade of brutal conflict, we urge the international community to remember their plight and push harder than ever before to end this catastrophe” says Naser Haghamed, CEO.

Read more in our ‘Syria: Nine Years of Suffering report’. Help us continue to be a lifeline for those still suffering: please donate to our Syria appeal.