Our CEO’s statement on the Coronavirus crisis

From Islamic Relief’s inception in the early 1980s, when a group of young British-based doctors travelled to Ethiopia to help people dying of famine, to the wars and ethnic cleansing in Bosnia during the 1990s that shocked the world’s conscience, we have fought against unspeakable tragedy to bring hope to situations that seem utterly desperate. 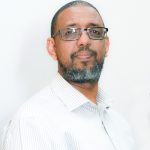 For all our decades of experience though, I can truly say that we are now living in unprecedented times. In just a few weeks, the coronavirus has rocked the very fabric of societies the world over and is quickly reaching its claws into every country, every city, every town and soon maybe even every family.

By the time this crisis is over, it is likely millions would have been infected and many will have lost their lives or loved ones. The long-term consequences are far from clear but one thing I am certain of is that this cruel virus will hit those least able to cope the hardest.

Healthcare systems in the developing world will be utterly overwhelmed.

In places like Syria and Yemen where conflict has caused mass malnutrition and displacement, doctors are already sending out warnings that the situation could quickly become catastrophic. On Sunday 22 March, Gaza registered its first cases with the chronic overcrowding in the Strip, coupled with years of blockade, likely to provide a fertile breeding ground for COVID-19.

In places like these, our teams are taking swift action and either already providing or gearing up to provide supplies like basic medical equipment, hygiene kits while constantly trying to improve access to sanitation and continue to deliver hygiene awareness programmes.

But nowhere is immune. Even relatively wealthy African states, such as South Africa where 13 per cent of the population is living with HIV/AIDS, will seriously struggle and we’ve already seen that almost all Western countries are feeling the pain with things only set to get worse.

This is why in Britain, Islamic Relief, has awarded half a million pounds to community groups helping the vulnerable. Our partner affiliate in Canada meanwhile, has started providing basic supplies and financial assistance to families living below the poverty line, while our colleagues in the US have allocated $1.9m (£1.6m) to support community groups and are looking how to expand food delivery programmes during the upcoming holy month of Ramadan when they fear many needy families will miss out.

However, as shops shut, businesses close and events and gatherings are cancelled, the aid sector too faces an uncertain future. If donations dry up, our ability to continue operating and providing aid to millions of people at home and abroad will be hard hit. With Ramadan less than a month away, we are potentially facing a month of fasting where all the normal rituals and customs are not performed in the traditional manner.

But these are not normal circumstances and we will need to support so many more people than ever, both domestically in countries like the UK, USA, Canada and Germany and in places where we work such as Syria, Somalia and Pakistan.

As the CEO of Islamic Relief Worldwide, I vow to do everything in my power to ensure that we keep vital, often lifesaving services going and that we do whatever we can support our brave staff around the world who work tirelessly to help those in need. During times such as these, I am reminded of the following hadith of the Prophet Muhammad (PBUH):

The Prophet (pbuh) said: “Give charity without delay, for it stands in the way of calamity,” (Hadith, Tirmidhi)

Sometimes, we don’t appreciate the power of charity and at a time like this it can make the stark difference between life and death. I humbly ask that you continue to think of those less fortunate and trust us to keep doing everything we can to not only stop this cruel disease from spreading, but to help those impacted by it in the short and long term.

Vulnerable communities around the world need us now more than ever. We must not turn our backs on them.