Fourteen-year old Josephine received a “merciless” beating for objecting to plans to marry her to a man handpicked by her uncles.

“As darkness fell one evening, my uncles sat me down to introduce me to my husband,” says Josephine, who went to live with her uncles in Nangatuny, South Sudan, after her father died.

“I broke down in tears, pleading that I should be given more time to grow up. As I stuck to my point of view, I was beaten mercilessly – and so was my mother, who was accused of influencing my opinion.”

Early and forced marriage is common in South Sudan, where girls are traditionally seen as commodities to be married off to fetch a ‘bride price’ – a practice particularly prevalent in rural areas and within pastoral communities. 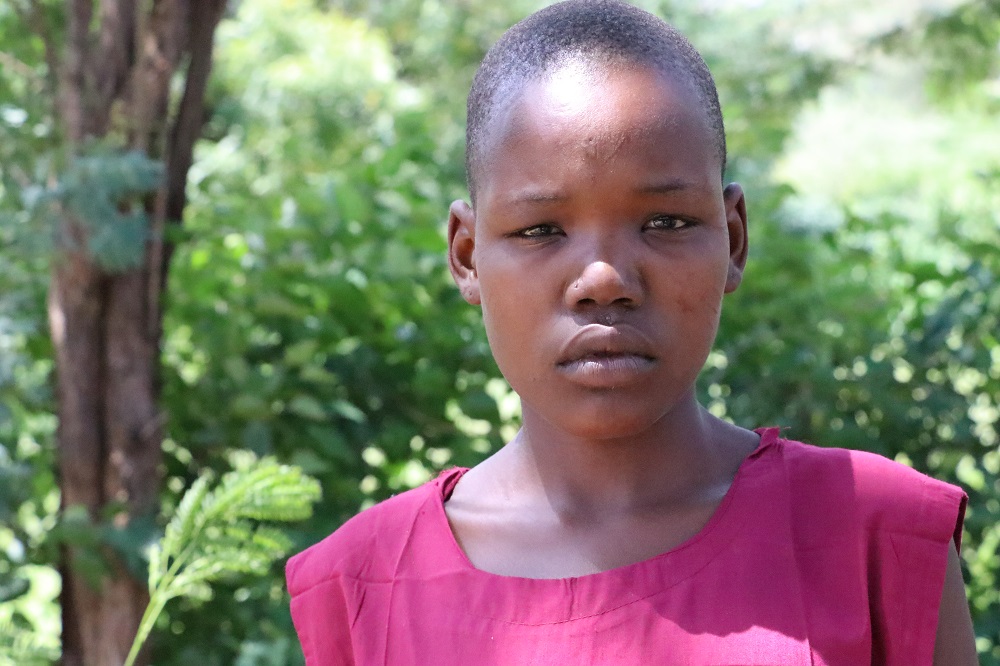 Josephine, 14, has found safety – and a future – at a boarding school for girls.

Many women in rural Kapoeta County, where Josephine lives, say that family decision making is the domain of men – and early and forced marriages are destroying lives.

“We have lost many girls to suicide due to attempts to force them into early marriages,” explains one mother, whose identity we have protected.

Josephine decided to run away rather than be married. She ran and walked for three days through the forest before finding her way to St. Bakitha Girls Boarding School in Narus.

A safe place for survivors of early and forced marriages

The school is a haven for many survivors of forced marriages, giving them an education, accommodation, and counselling to help them overcome their trauma.

Some 105 girls escaping forced marriage are enrolled at the school, with 40 joining this year alone. Many arrived bruised and scarred, signs of physical abuse, says Sister Jane Masiko, who runs St. Bakitha. 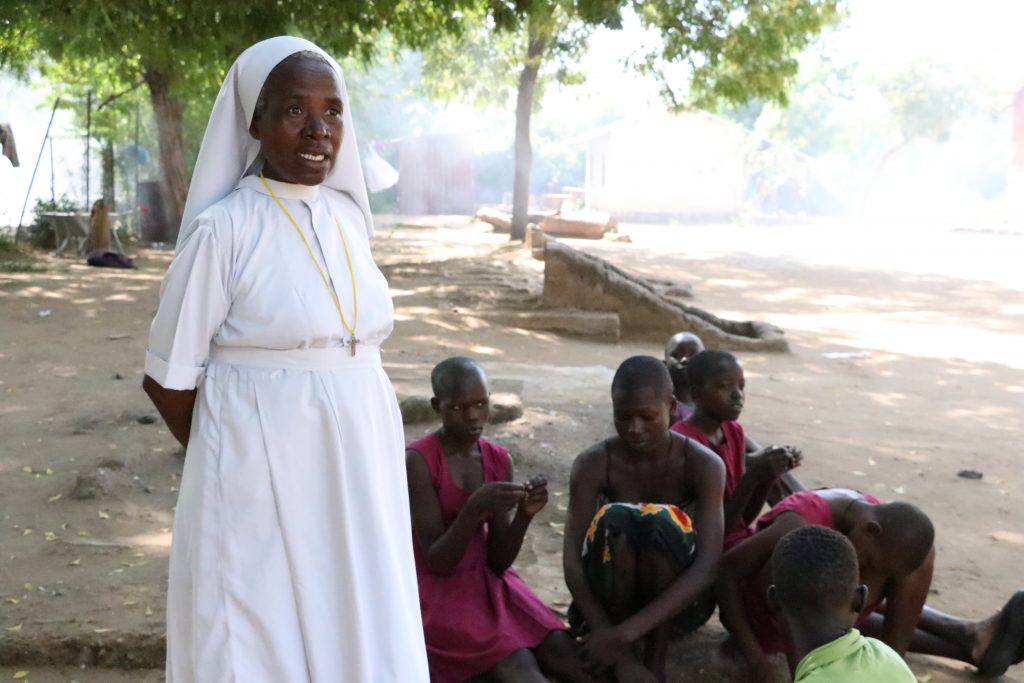 Determined to protect the girls in her care, Sister Jane is regularly subject to intimidation and harassment – even death threats.

The most recent incident saw a father storm into the school to retrieve his daughter, threatening to kill Sister Jane if she refused to give up the 14-year old. The missionary sister stood her ground, declaring she was ready to die to prevent the teenager from being forced into marriage.

The parents of another girl, 15-year old Elizabeth, used a local official to try to persuade Sister Jane to give up their daughter. When that failed, they had an arrest warrant made out for Elizabeth, to try to force her to return.

“In 2017 I escaped from my parents as they planned to give me to an old man,” says Elizabeth. “I heard rumours that my parents were plotting to give me away. My mother was told she would be killed if she disclosed this plot.”

With her elder sister’s help, Elizabeth made it into the forest and then hitched a ride in a car to reach the school in Narus. Due to Sister Jane’s steely determination, all attempts to force the girl to return home to be married have failed. The teenager is now enjoying her second year of primary education. 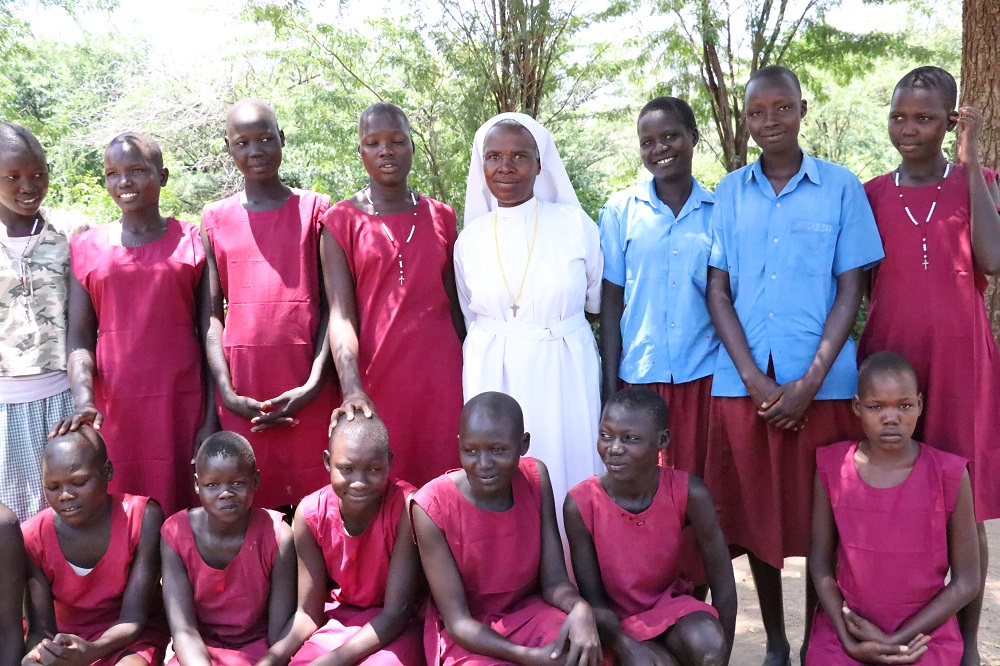 Elizabeth stands to the left of school director Sister Jane Masiko, and other survivors of early and forced marriage.

Life has also much improved for Josephine, who is now looking forward to the future.

“Life in the school is good. The teacher told me that education will enable me to marry a husband of my choice. I want to become a leader,” she adds.

Over the years we have supported the school by building toilets, repairing water wells, and helping it to grow vegetables to eat and sell.

Islamic Relief uses faith-based perspectives to campaign against early and forced marriage as part of our strategy to promote universal human rights and in particular, establish gender justice.

Support our vital humanitarian work around the world: Donate now.