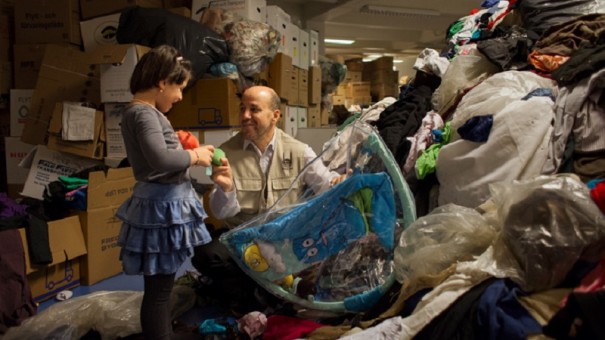 Christian and Muslim communities are coming together to support Syrian refugees.

Christian Today has commended Katarina Church and Stockholm Mosque, Sweden’s largest Christian and Muslim congregations, as they unite to assist those that have fled war-torn Syria.

Christian and Muslims are going into business together to provide accommodation for refugees in Sweden.

Since September 2015, two of Sweden’s largest Muslim and Christian congregations – Katarina Church and the Stockholm Mosque – have been working together to serve those fleeing war and persecution, according to the UN’s refugee agency.

The church and mosque have provided beds for a third of all refugees who come through Stockholm on their way to other countries. They are fed and washed at the mosque, and then sleep in the church.

“In Stockholm at the station I was met by volunteers with food and water. They asked where I would prefer to go, the mosque or the church? I said the church,” said 27-year-old Mohammed, a Muslim who fled sectarian violence in Baghdad.

“It was a beautiful feeling. Back home Muslims are not allowed to go to churches. Some refugees came to the church just because they wanted to find out what it was like. They found people respected them, even though they were Christians and we were Muslims,” he said.

“Everyone was treated like a king at the church, I felt like a real human being for the first time in my life, I wasn’t used to it. They were really good people.”

The church and mosque are now entering into a new stage of collaboration by starting a joint venture. They hope to compete with private companies that have been criticised for allegedly making profits through providing refugee shelters with state money.

“We are small, but we have a unique cooperation with an organisation that has a lot of information, and the big asylum companies don’t have that,” said Olle Carlsson, the vicar of Katarina Church.

The two congregations hope to “export this idea to other countries,” said Abdallah Salah, secretary general of Islamic Relief in Sweden.

“We have to work together, live together… we have a future together.”
The reception has not been entirely positive, however.

“There is some resistance and concern about this joint organisation,” said Carlsson.

“Some people within our Christian community think we are submissive, but Jesus says ‘Put yourself last in line.’ I mean, there is no reason to see this as a matter of prestige.”

“There have been a number of questions within our community, such as: ‘How will you manage not to discuss theological issues?’… Some think it’s a problem for Muslims to sleep in a church,” added Salah.

“But I think we are managing it really well, I’m convinced this will work out… We need to stop getting hung up on the 10 per cent that separates our religions, and instead focus on the 90 per cent we have in common in our values and our perception of good and evil.”

With aid stations established in major rail and ferry terminals in Malmö, Gothenburg and Stockholm, Islamic Relief Sweden has been at the forefront offering food, shelter and advice to all those in search of safety.