Syria: Caring for siblings amidst grief

HomeWhere We WorkSyrian Arab RepublicSyria: Caring for siblings amidst grief

When conflict tears apart communities, it’s not only lives that are lost but also hopes and dreams.

After nine years of ongoing conflict in Syria, millions of people have been displaced, many multiple times within Syria’s borders.

What’s more, over seven million men, women and children have fled to safety in neighbouring countries such as Lebanon, Jordan and Turkey.

When forced to flee their homes, families are sometimes separated from each other; in the worst cases, family members die. Many childhood dreams are shattered as roles and responsibilities within the family change.

When we met 16-year-old Ayesha from Syria, we soon discovered just how much the war had changed her and her family’s life forever.

As Ayesha huddled around her five siblings, there was no sign of their parents.

We learned that their father had been killed in the Syrian conflict. Ayesha’s mother then remarried.

After their step-father disappeared, Ayesha’s mother found it too difficult to cope and abandoned Ayesha and her younger siblings.

Ayesha was left alone to care for her five brothers and sisters. She was only 12 years old.

Ayesha took her siblings from camp to camp until they reached Lebanon. Living in a refugee camp run by the UN, and working any job she could to earn enough money to feed her siblings, life was extremely tough. She worked as a cleaner, but sadly she wasn’t always paid for her work.

When the children became sick, Ayesha wasn’t able to look after them, despite having sacrificed her education at such a young age to provide for her siblings.

Like any teenager, she simply wants to live a normal life for someone her age without such continuous struggles. 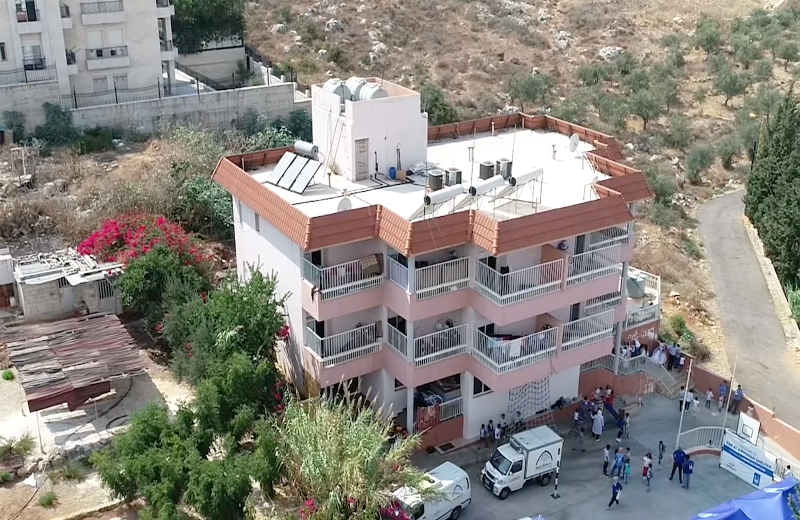 Our safe shelter project is supporting Syrians in need in Lebanon.

However, after years of adversity, insha’Allah things will now be easier for Ayesha and her siblings.

As part of our work supporting Syrian refugees in Lebanon, we’ve been helping Ayesha and her brothers and sisters, alongside many more people in need. Alhamdulillah!

We took Ayesha and her siblings out of the refugee camp and move them into one of our safe shelters for orphans and windows.

As well as providing a safe home, we’re also ensuring that Ayesha and her family have all the essentials they need such as food, access to education and psychosocial support.

During Ramadan, as well as throughout the year, Ayesha will receive food that she can cook and eat with her brothers and sisters.

SubhanAllah, it’s thanks to the support of people such as yourself that all of this is possible. Your donations are enabling vulnerable people from Syria such as Ayesha to work towards a better future.

A future filled with hope, insha’Allah.

Thank you for your generous support. You are life-savers.

Orphans and widows are often the worst affected by war. We want to protect them by helping them to move out of refugee camps and into a safe home. Your Sadaqah and Zakat help protect vulnerable people, enable them to earn a living and rebuild their lives.

Will you keep an orphan safe from conflict? Donate to Islamic Relief today and help save lives.