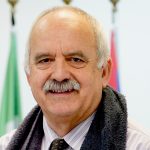 Published today (February 28) is the second part of the Intergovernmental Panel on Climate Change (IPCC) sixth assessment report which will be providing evidence and guidance to all responding to the climate breakdown.

Into a world wracked with poverty, suffering and conflict driven by climate instability, Islamic Relief welcomes the report. This is the science that underpins climate adaptation – why we need to adapt and how – and the vital role of locally-led adaptation is clear throughout:

“The ability to adapt to climate change will depend on our knowledge of which adaptation options are feasible and effective in their local context”.

The report confirms that community-based action plans deal with the causes of vulnerability and social, gender, class and ethnic injustices.

It shows that effective adaptation strategies – that combine Indigenous and local knowledge passed down through generations and embedded in cultures with community-based adaptation – generate ‘transformative sustainable changes’.

These are just the radical, lasting and positive changes that are needed to deal with the unique and unprecedented challenge of climate breakdown. And they are culturally appropriate and relevant to the specific place and time.

Evidence from consultations run by Adaptation Action Coalition across the world is clear that:

Islamic Relief understand that the people affected know best what is needed to adapt to climate breakdown. We work closely with communities. We continue to help those most vulnerable lead the action needed and achieve those transformative sustainable changes to protect them, their families and their communities now and in the future.

Around the world, Islamic Relief is helping to communities bearing the brunt of the climate breakdown to boost their resilience. Donate now to support our work.