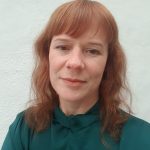 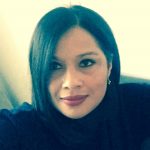 Throughout the world, more than 600 million young people live in fragile and conflict-affected contexts today.

Yet often they are viewed as a threat to peace that must be contained due to their perceived propensity for violence, extremism, drug-addiction and destabilisation of society. But youths are also vulnerable to exploitation and are themselves victims of violence.

In reality, many young people navigate their lives in extremely complex and insecure contexts, at times drawing on incredible reserves of courage and resilience. 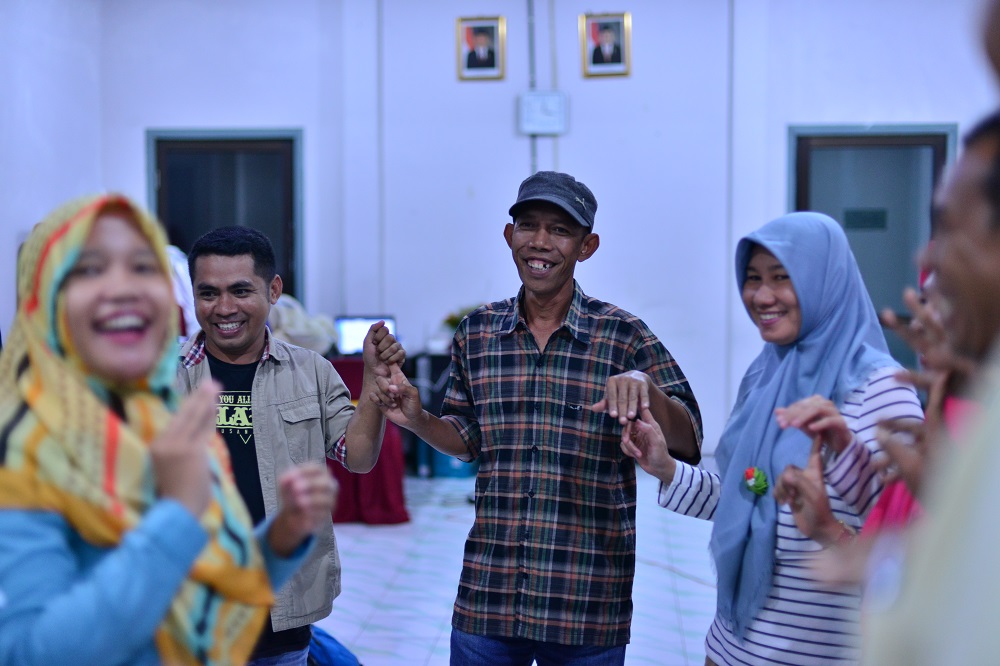 Islamic Relief’s Youth training on peacebuilding, gender and human rights in Indonesia in 2019.

Youth can make a powerful contribution to peacebuilding

The launch of UN Security Council (UNSC) Resolution 2250 on Youth, Peace and Security in 2015 moves away from a negative narrative by recognising the positive contribution that young people may play in building peaceful societies by:

Islamic Relief’s peacebuilding and social cohesion work with communities affected by conflict recognises young people – male and female, including those with disabilities – as valuable advocates for peace, as political actors, agents of social change and as important stakeholders in a post-conflict reorganisation of governance, livelihoods and local economies.

Aligned with UNSC Resolution 2250, we consider young people as active participants in peacebuilding, as individuals whose human rights should always be protected, and as valuable actors in conflict prevention. We work in partnership with donor agencies, local governments, customary authorities, local police, faith leaders, women and youth leaders, teachers and others to develop inclusive, community-owned strategies for sustainable peace.

In Pakistan, youth have traditionally tended to be excluded from peacebuilding and reconciliation efforts, and from engagement with policy and decision makers.

Cultural norms of deference to elders meant that youths were not permitted to speak in traditional Jirga where disputes were discussed and settled. With decisions made by a small group of older men, community support for the process and the outcomes of the Jirga has waned.

The merger of the former tribal districts of Pakistan into the formal governance system presented a new opportunity to transform local dispute resolution processes to be more inclusive of the younger generation and more aligned with the formal justice system. 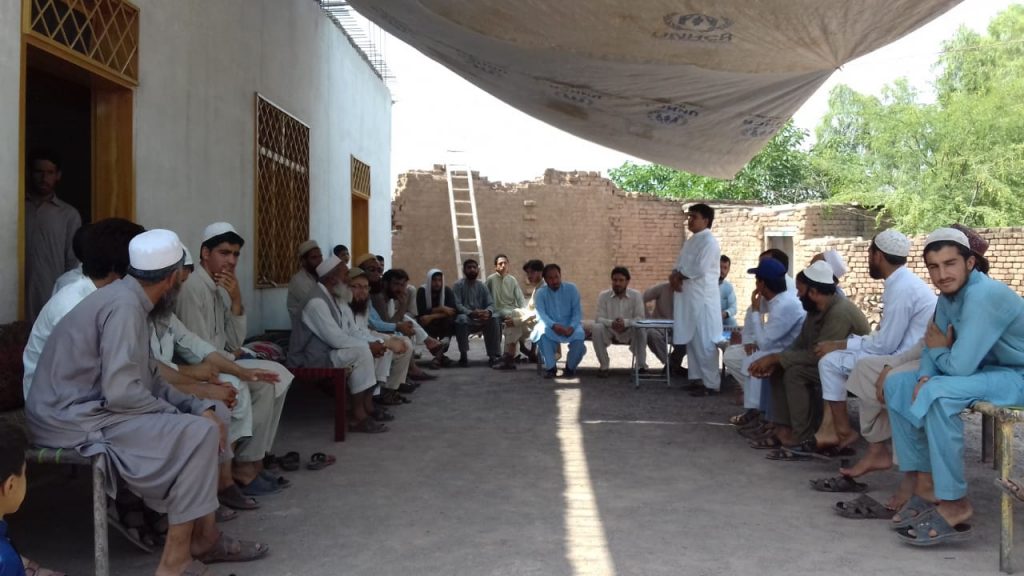 A village youth group supported by Islamic Relief in Pakistan recently resolved a community dispute over access to a water well. In the past, disputes like this would drag on for years, bringing in extended families and tribal networks until the two sides became entrenched.

Working together with the local police, the youth group resolved this dispute in two months. After this early success the elders in the community accepted the role of youths in local dispute resolution processes and they have gone on to resolve eight other community disputes in the last year.

They also work with the local government to address community concerns such as access to basic health care and employment. As Sheikh Gul stated, “The youth group played a major role in the resolution of this dispute [over access to the water well] and we are happy”.

This youth group is one of many supported by Islamic Relief with funding from SIDA to build social cohesion between communities and positive working relations with local government in the aftermath of displacement in the former tribal areas of Pakistan. 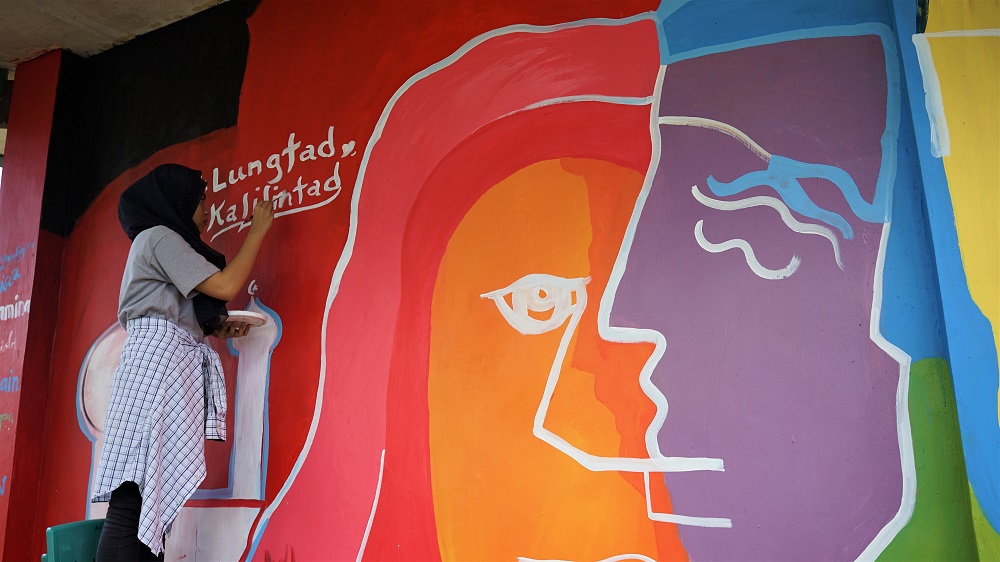 Mural painting during a youth peace camp in the Philippines.

Peace advocates in the Philippines

In the Bangsamoro region in the southern Philippines, decades of conflict and displacement has left a generation of young people feeling powerless. Although a final peace agreement was signed in 2014, paving the way for the establishment of the Bangsamoro Autonomous Region in Muslim Mindanao (BARMM), a culture of fear, mistrust and helplessness remains and the social divisions and trauma caused by conflict will take time to heal.

Youth continue to feel that they are constantly excluded from discussions and decision making.

“Perhaps they talk about peace, but we were not included nor informed,” said Joharis, 26.

Islamic Relief works intensively with youth peace advocates to address this culture of fear and mistrust of others and support the engagement of young men and women in local dispute resolution, conflict prevention and peacebuilding.

Youth peace advocates were supported to engage in community conflict prevention work, dispute resolution and community development to change the narratives in their communities that encourage prejudice and division between Muslims, Christians and Indigenous People. Using art, drama and song, as well as social media and radio broadcasts to reach their peers, youth peace advocates are together building a vision of unity in diversity.

“As youth leaders, we lobby and talk to barangay officials regarding youth and peace concerns of the community,” said Gapor 23, of barangay Damabalas. 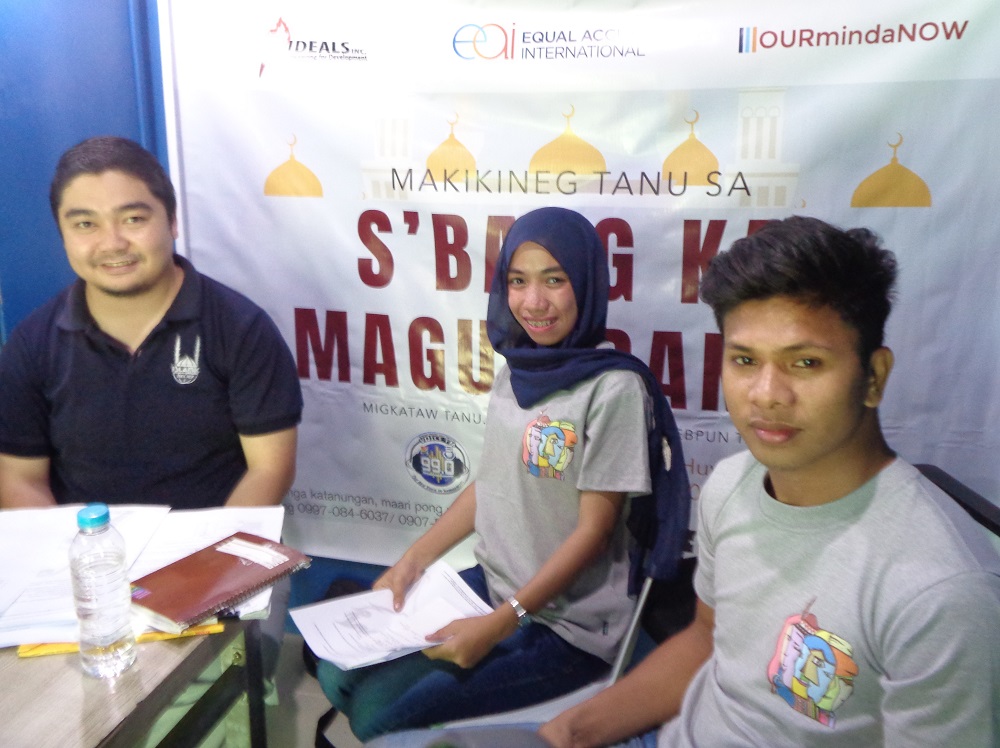 These examples from Pakistan and the Philippines demonstrate that young people are not ‘future leaders’ whose contributions can only be valued at some elusive point in the future when they have achieved age, status, wealth or marriage; they are today’s leaders who have a legitimate stake and say in the peace and prosperity of their communities.

They care deeply about their societies and their perspectives are just as valuable as those of older generations.

Islamic Relief supports the harnessing of young people’s energy, creativity and innovation to rebuild destroyed infrastructure, tap into economic opportunities, repair broken relationships, lobby for equal access to justice and public services, and address other complex drivers of conflict – together with community elders.

As Bailyn, 26, a youth peace advocate in the Philippines states, “Ang kapayapaan ay hindi laman para sa matatanda” meaning “peace is not just for the elders”.

In peacebuilding and in the resolution and prevention of conflict it is essential to address young people’s perceptions of injustice and the systemic and structural character of young people’s marginalisation.

It is critical to involve youths in the diverse policy arenas that directly impact their lives, some of which are related to the underlying causes of conflict.

Youth involvement must be genuine and meaningful to build their trust in governance systems and government actors. It must move beyond tokenistic representation of youth organisations and discussion of typical ‘youth issues’ such as vocational training, education and employment to include the full gamut of political, social, economic and security issues that they are rightly concerned about.