Islamic Relief is launching an urgent humanitarian response as devastating flooding intensifies in Sudan, plunging hundreds of thousands of people into dire need. Nearly 100 people are reported to have lost their lives so far, and this number is expected to rise.

The flooding, which began in July, is a result of extremely heavy rainfall, causing the River Nile to rise to its highest level in 100 years.

The situation has significantly worsened in recent days and the country has declared a state of national emergency.

More than 110,000 people have been affected by the flooding in the first week of September alone, according to the Government’s Humanitarian Aid Commission.

The states of Khartoum, Blue Nile, River Nile, Gezira, West Kordofan and South Darfur are amongst the worst hit.

The country was already struggling to cope amid the Covid-19 pandemic, as over 13, 000 people have now tested positive for the virus. Sudan is also experiencing a severe food crisis in which 9.6 million people do not know where their next meal is coming from.

The flooding has also damaged cropland

Suffering is now expected to increase further, with Islamic Relief estimating that this latest disaster has now left up to 500,000 people in need of urgent humanitarian aid.

We urgently need your support

Islamic Relief are on the ground and working in coordination with other humanitarian actors to provide essential support to affected families.

Our current priorities are providing food, temporary shelter and household water treatment to families affected by the flooding in West Kordofan, which has been very badly hit. 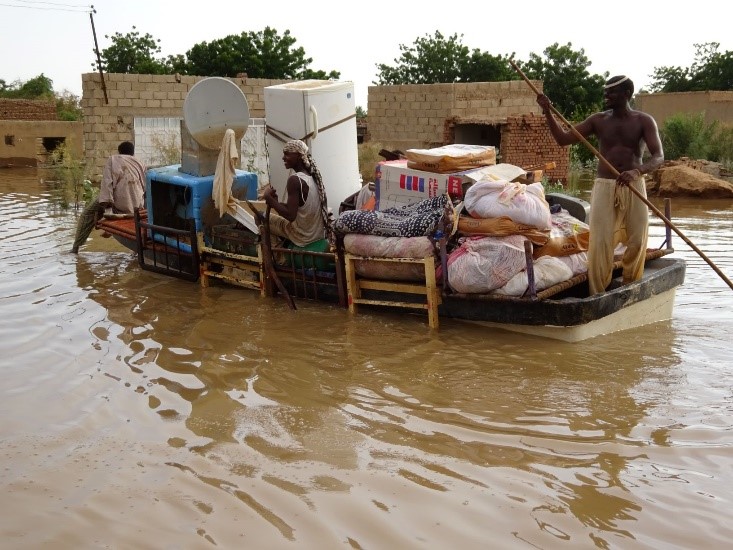 The flooding has left many homeless

Every year heavy rains trigger devastating flooding in Sudan, a country on the frontline of the climate emergency as natural disasters become increasingly frequent and intense.

More rainfall is expected in the coming days and weeks and we are in urgent need of your help to increase our support in Sudan as the situation worsens: donate to our Global Emergencies Fund now.