When sectarian violence escalated in the Central African Republic in 2012, Lydie and Kadidja ran away from their neighbours. Christian and Muslim faith leaders working for peace in the troubled country are now helping them to heal.

This Peace Day, work continues to end conflict in the Central African Republic, a country which has grappled with instability for decades.

As recently as 2012, armed groups, largely split along religious lines, battled for control. Thousands lost their lives and 1.2 million people fled their homes during months of violence. Towns like Boda, where Lydie and Kadidja live, became hotspots for violence.

When Lydie heard Muslims were firing into the air, she fled to the forest with her family. Kadidja also heard that the conflict was escalating.

“One of my neighbours informed me of what was going on, and told me to flee with my children to the Muslim area,” she says.

Kadidja lives in Boda, a Central African Republic town that was separated by ‘red lines’ during the conflict.

Kadidja’s son-in-law and Lydie’s brother both died during the conflict, which left over half of the population in need of urgent humanitarian aid. Towns, including Boda, became places where communities lived apart, separated by so called ‘red lines.’

Determined to secure peace, Christian and Muslim faith leaders decided to work together.

“We came together to say ‘no’ to the hijacking of religion,” says Imam Oumar Kobine Layama, president of the Islamic Council of the Central African Republic. He, together with the Archbishop of Bangui, Cardinal Dieudonné Nzapalainga, and the President of the Evangelical Alliance Pastor Nicolas Guérékoyaméné-Gbangou, set up an influential interfaith platform.

And in 2016, it began working with a new five-year interfaith community peacebuilding programme.

The new initiative built on interfaith efforts by Islamic Relief, Catholic Relief Services, and World Vision. Through the intensive programme, which is supported by USAID, we were joined in the push for peace by the PCRC and Aegis Trust.

The initiative is paving the way for peace by supporting social and economic recovery. As a member of the consortium delivering the programme, Islamic Relief focuses on rebuilding livelihoods lost to the violence.

We have already supported 4,000 people – including Lydie and Kadidja – to set up small enterprises, through which they are building brighter futures. And, we’re encouraging them to work together in business associations and community savings groups. 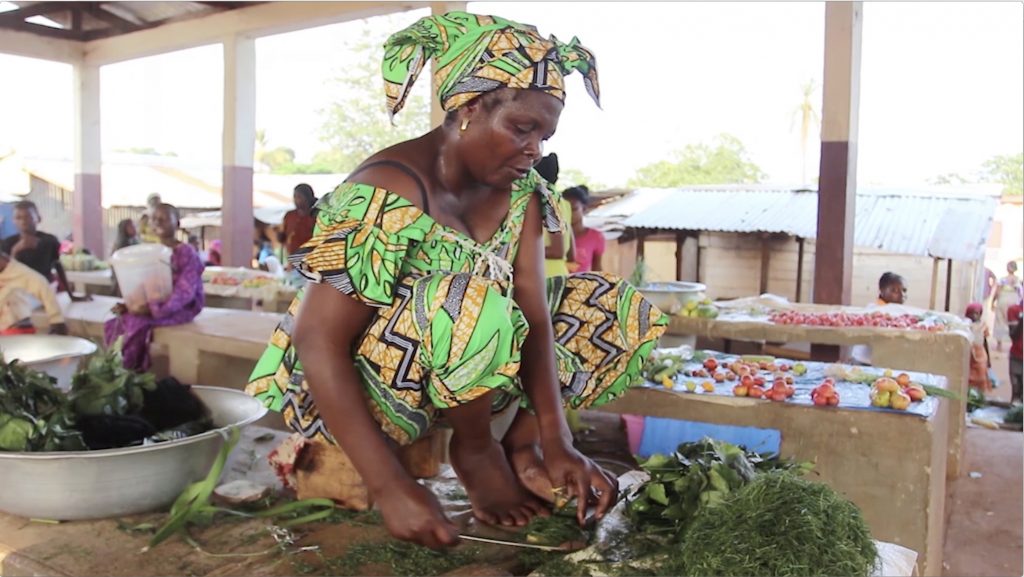 Lydie is among the thousands of people we’ve supported to set up small businesses.

“This is lifting families from different backgrounds out of poverty and it is also encouraging them to support each other. Shared interests and common ground are crucial to building peace in communities,” says Noor Ismail, Islamic Relief’s head of West Africa region.

“Masks fell down, anger fell down, and hate emptied,” says Dieudonne Nzapalainga, the Archbishop of Bangui, describing the impact of the programme, which is already making a difference in communities like Boda.

Dieudonne Nzapalainga, the Archbishop of Bangui.