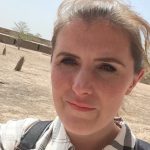 Going to school in one of the world’s poorest countries can mean dodging snakes and sunstroke. Islamic Relief’s Kelly Paterson finds out how a child centred programme has changed that for hundreds of children.

It’s a February morning in the Circle of Kati. The sun, still low in the cloudless sky, already feels overbearing.

I’m in Mali, a country facing a massive but often overlooked humanitarian crisis. Millions of lives here are being shattered by persistent conflict and insecurity as well as the climate emergency.

It’s my seventh day in the west African country, and though I’m getting used to the punishing heat, I can’t imagine sitting outside, hour after hour, trying to study.

“We would study under a straw roof,” he tells me as we sit together in the shady playground at his school in Siramana, a village set in the red-brown dust of rural Ouélessebougou.

Just over a year ago, first and second year students in his village had to take lessons out in the open under makeshift shelters. 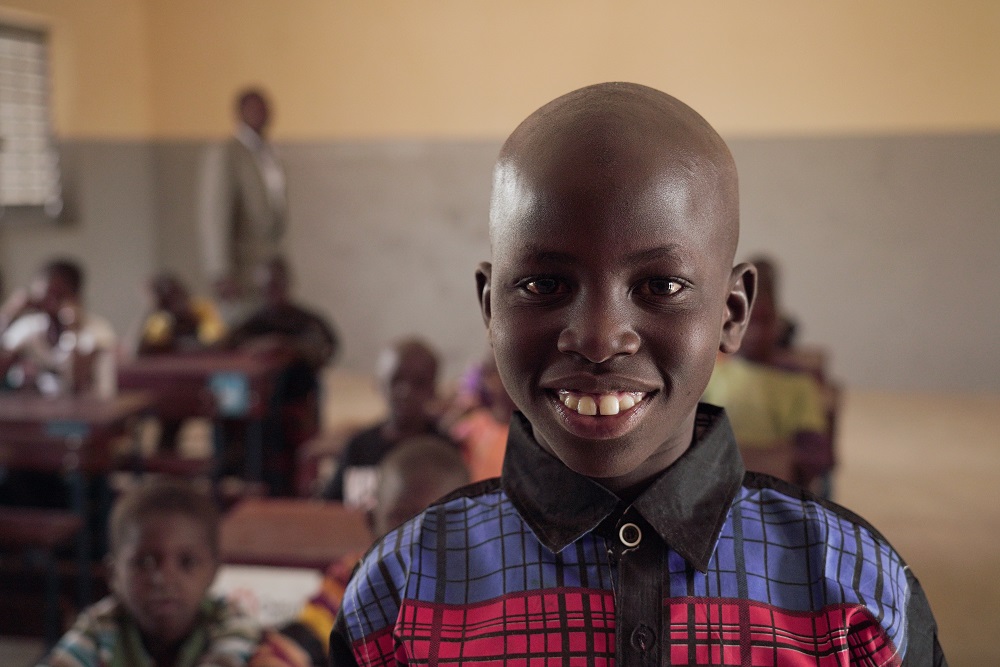 Mamadou and his classmates had to study outside under a flimsy straw roof.

Trying to learn in a makeshift classroom

On the hottest days, Mamadou explains, the children would fall sick. When it rained they’d have to run home for shelter.

And some days, worse things than rain fell between the gaps in the thatch.

“When there was a snake we were afraid and ran away. Sometimes, the roof even fell down.”

A quiet and polite boy in flip flops and a smart, colourful shirt, Mamadou isn’t much older than my son. As his mother smiles over at us, I’m sad that anyone should have to send their child to a school where they aren’t safe.

But Mamadou loves school. His favourite subject is maths, and when I ask him how he’d feel if there were no school in his village, his brown eyes gleam and he sticks out his chin.

“I like coming to school to learn. If I couldn’t go to school I’d be illiterate. If there was no school here, I’d move to a place where there is a school.”

As well as building the school, Islamic Relief installed a solar-powered borehole providing fresh water for drinking and washing, plus a toilet block for boys, and another for girls.

Most children in Siramana did not go to school

With its squat, crumbling classrooms, Siramana school’s dilapidated conditions and poor quality teaching led many families here to withdraw their children. Instead, children helped out at home or supported their parents in earning a living – including at hazardous local mining sites.

Altogether, less than a third of school-aged children in the village were enrolled in school, while some others attended a madrassa (religious school).

Things are different now – not least because Mamadou and his classmates no longer have to study outdoors. As keen students hurry to their lessons, he delights in showing us the new school building that Islamic Relief built last year. 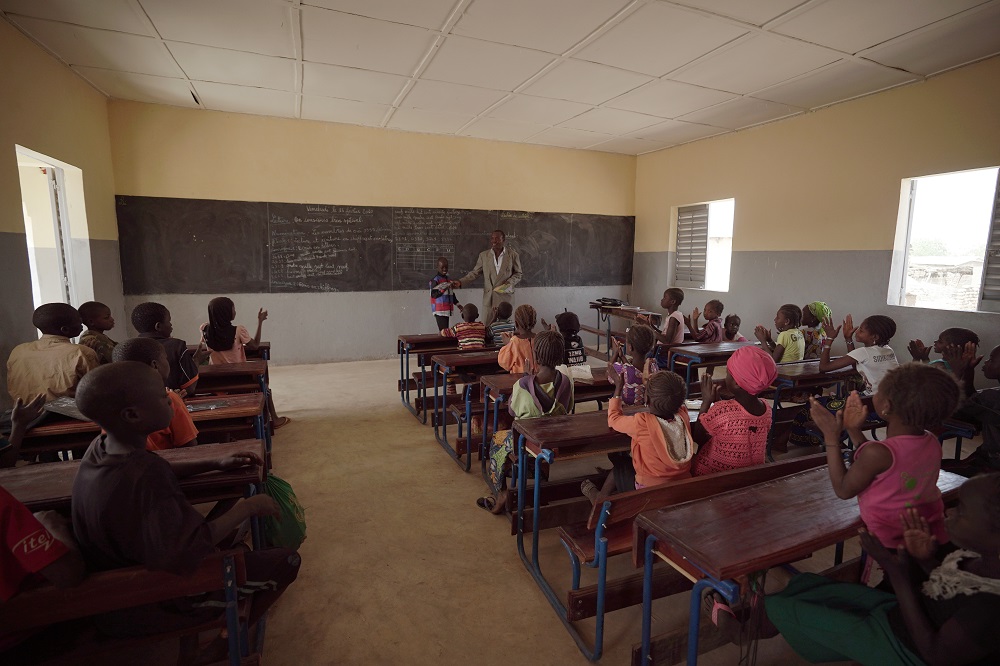 One of the three airy and fully furnished classrooms constructed by Islamic Relief.

Here I meet the deputy headteacher, a serious man wearing a woollen hat that reminds me that Mali’s hottest season is not yet here.

“It’s difficult to imagine [now] that children had to study in those dangerous conditions,” says Sayon Konate’.

“For a teacher to leave those conditions [behind] and come into a classroom, it brings much joy. Now the teachers can easily teach, with the right equipment, and all children have a place to sit.” 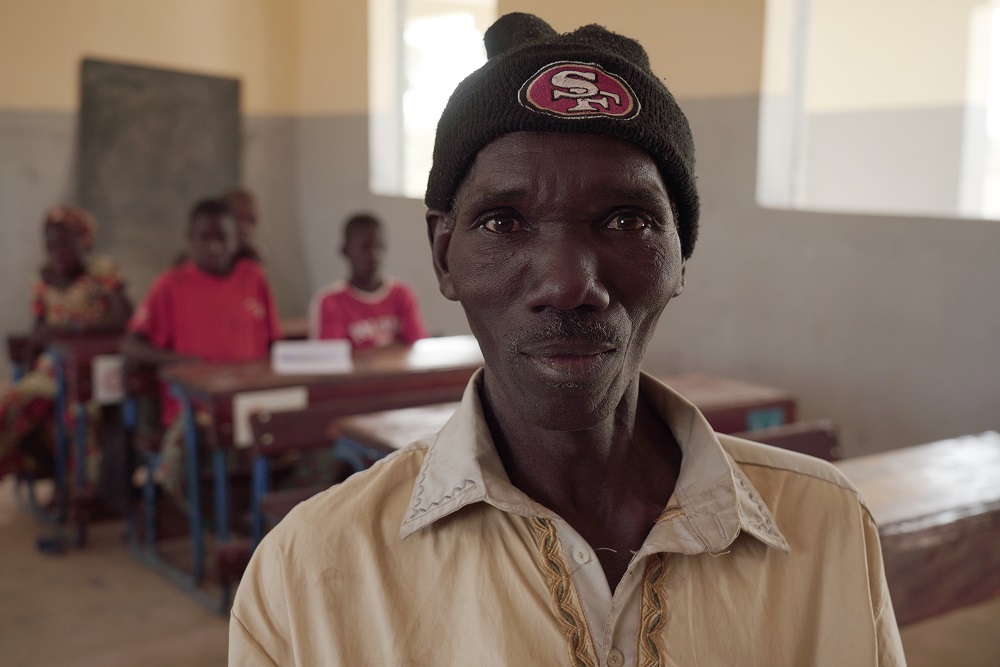 Sayon Konate’, deputy head of Siramana school, which is also receiving specialist training to boost the quality of education on offer.

Islamic Relief also installed a school playground, he points out.

“One of the rights children have is the right to play. They’re eager to come back to school because there is a playground. [Islamic Relief] also planted trees around the school… it will make the school very beautiful.”

Communities in which children can learn and play

I’m thrilled to hear that Mamadou, one of 500 children we’re helping through the intervention, is now looking forward to a brighter future.

“Now with the new school we are so happy. We can stay and study. It makes me happy,” he smiles. “When I grow up I would like to be a police officer to catch thieves.” 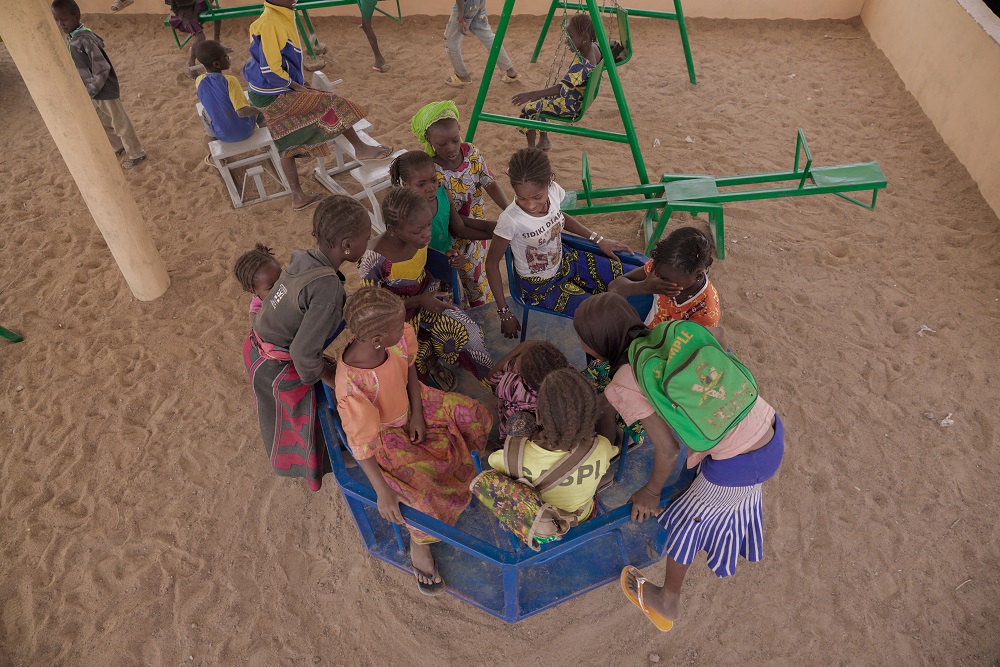 A new, covered school playground boasts swings, a slide and a merry-go-round. And, of course, lots of whooping and laughing children.

Leaving Siramana with a sincere ‘aw ni ce’ (thank you) to this incredible, resilient community, I feel more keenly than ever that safe spaces in which to learn and play should be available to every child, everywhere.

The school is one of three Islamic Relief is building through an extensive project covering six villages. It includes providing communities with child friendly spaces, access to a dedicated maternity centre, and helping widowed women and vulnerable young people earn a reliable living.

Donate now to support our life-changing work in communities like Siramana.