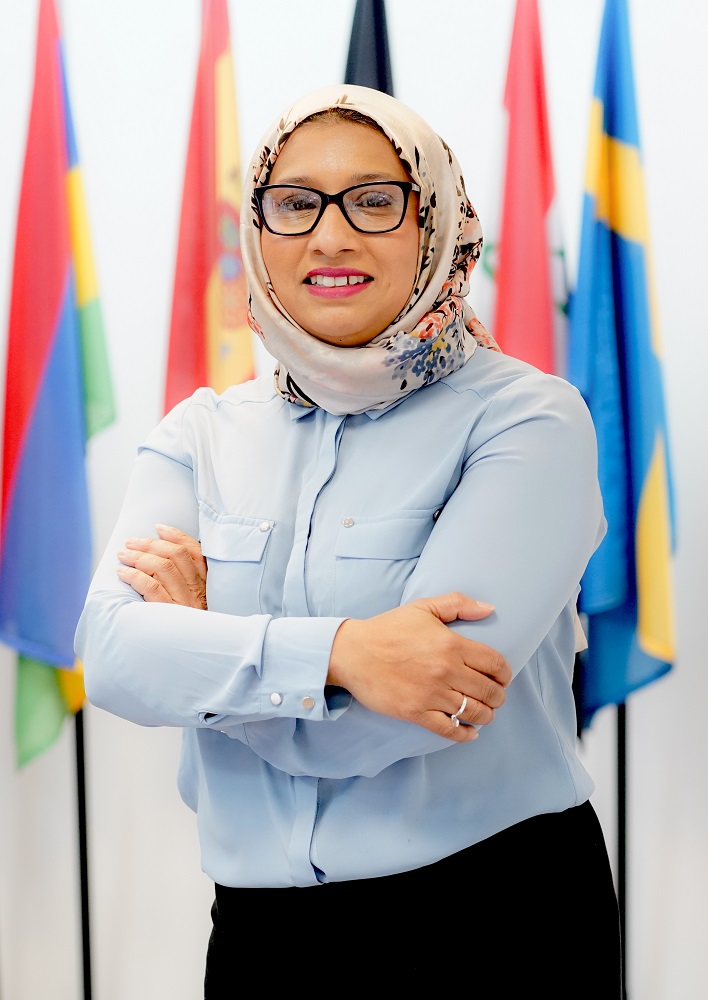 As the world commemorates the atrocities that happened at Srebrenica 25 years ago, Islamic Relief’s head of global advocacy, Shahin Ashraf, reflects on the horrifying accounts of suffering that are seared on her memory.

As the world commemorates the atrocities that happened at Srebrenica 25 years ago, Islamic Relief’s head of global advocacy, Shahin Ashraf, reflects on the horrifying accounts of suffering that are seared on her memory.

I remember clearly the shocking images of emaciated men which the ITN News projected into our living rooms in 1992. One picture, of Fikret Alic stood out. Photographed behind barbed wire in a prison camp in Bosnia, Fikret was gaunt, all protruding ribs and a face hollowed by all he had endured, too traumatised to speak.

The same image then appeared on the front cover of Time magazine.

Back then I’d never heard of Bosnia. Never known of the horror unfolding on European soil. My father had told us about what happened to Chams, Cambodia’s Muslim minority, and I’d seen the distressing images from Ethiopia and at school in the UK had raised funds for BandAid.

But this was new.

Soon I was supporting Islamic Relief’s humanitarian efforts to help those suffering. A student loading trucks with food, clothes and blankets, I was at the frontline of fundraising and community initiatives to ease the suffering.

The Islamic Relief response to the Bosnian War, which began in 1992 and continued throughout the grim years that followed, was a watershed moment for the charity, setting us on a different trajectory. We were one of the first international organisations to deliver humanitarian aid and emergency relief in the country. Through our offices and warehouses, we distributed food, clothes, water and firewood.

Then there was the first wave of Bosniaks arriving to the UK. In those very early days, one of those families became our neighbours.

They began to tell us of the atrocities that were being inflicted. From that point, it all became so real for me. Among the stories they reported were tales the horror of the tragedy of violence against women and girls.

I met many of the survivors, heard their stories first-hand; women and children who had not eaten for days, who had witnessed the brutal murder of their loved ones. I didn’t need to go to the country: the stories that my neighbour shared were the reality of what they had escaped.

She told me of her teenaged cousins who were kidnapped and raped, confined for five months in a school that was once their sanctuary. By the time they were found they were pregnant. A hadji, Muslim who has been to Mecca, was forced to watch as his daughter was raped. The horror of it all was that neighbour turned against neighbour.

In 1993, I left for USA, as one of five founders to establish Islamic Relief USA. The Bosnian War was one of our key campaigns from 1993-1995, and I travelled the US with various Bosniak guests to highlight and advocate for their plight and fundraise for the humanitarian aid.

On 16th April 1993 the United Nations Security Council adopted Resolution 819 (1993), demanding that Srebrenica and the surrounding areas, be treated as a safe area. It became a UN ‘safe zone’ which must not be exposed to hostility and armed attack. In 1994 the Dutch battalion of UN peacekeepers arrived in Srebrenica. On June 3rd the peacekeepers were attacked in Zeleni Jadar, a town in the easternmost part of Srebrenica.

The horror of all horrors came on July 11th -22nd July 1995 in Srebrenica, a small village near the eastern border with Serbia swollen with some 60,000 Muslim refugees. A day that will never be erased from my memory.

“You are now under UN protection of the United Nations…. I will never abandon you.” Despite the UN flag flying over the enclave, the Bosnian Serb assault in July 1995, led by General Ratko Mladić, met no UN resistance.

Tens of thousands of Muslim refugees streamed into the Muslim-controlled city of Tuzla. Missing from the stream of refugees were more than 8,372 men and boys of all ages, who had been systematically executed in cold blood – mass murder on a scale not witnessed in Europe since the end of World War II.

These individuals are more than just a statistic; they were the fathers, husbands, sons and loved ones of those that were left behind.

I was told about a woman called Sabriya, a 24-year old mother of two girls, four-year old Samira and Amira, aged two. I listened to her story (the award-winning journalist Maggie O’Kane wrote about her too). The Serbs had come to her village and killed all the men. They took the women and young children away to ‘rape houses’. Sabriya was dragged into a room and raped by seven soldiers. She then saw Samira in the next room lying naked and unconscious with blood on her legs.

Forgetting her own ordeal, she picked up her two girls and fled the building. On their way to Tuzla, Samira cried when she tried to urinate. The doctors confirmed the four-year old had been gang-raped.

Hearing this sickened me. I cannot forget it, and many other similar stories of wickedness and brutality.

I remember Dr Hany El Banna had told me about poem that he wrote called Suada, the young woman who hanged herself from a tree after being repeatedly raped by Serb soldiers.

Many of us wrote and spoke out eloquently and passionately to explain what was happening in the Bosnian War, and the failure to stop the ethnic cleansing, the concentration camps, and the massacres of hundreds of thousands of civilians. In the summer of 1995, the United States finally took on a leadership role to end the war.

In 2014 I visited Srebrenica. A powerful trip that reminded me of why I do what I do.

I met the mothers of Srebrenica who spoke openly and powerfully of the 10 days in which their whole life came crashing down. Hatidza Mehmedovic’s husband, two sons, and brother were among those killed. “I go to bed with sadness and I wake up with sadness because it’s hard. You know that a child is the biggest joy in the world and the biggest sadness and sorrow in the world.”.

I also met another mother who said that through DNA she found the hand of her son. She said she will never stop searching for the rest of his body.

I met Fadila Efendić who described the trauma that comes from losing your husband and son. She has remained strong for her daughter, and works in a shop opposite the cemetery to support her family.

“It was terrible,” she said, recalling the scene at the building used by the UN forces that failed to stop the slaughter and violence. “Everybody was lying on the ground in the battery factory: old people, children, women. It was complete chaos. I stood up and I was just watching.”All of this occurred in what supposed to be a safe haven.

Twenty-five years since the horror of Srebrenica, we honour the memory of those who lost their lives, and the courage of those left behind. We try to use the lessons from these terrible events to create a better world, one in which our differences become our strengths, and the only thing that is intolerable is injustice.