Without help this winter, Umm Yasser’s children will wake in the night to rain dripping on them from the flimsy roof of their home.

“My children wish the winter season never comes,” says Umm Yasser, who lives with her children and the rest of their family in a rundown house in Gaza, in the Occupied Palestinian Territories.

They are among the many families suffering as poverty deepens in Gaza.

Years of blockade and conflict have brought its economy close to collapse, according to the United Nations Conference on Trade and Development, which recently warned that the enclave is “increasingly becoming unliveable.”

Rising poverty in Gaza is fuelling greater hardship in winter

“I wish I could find a job to support my family,” says Umm Yasser, whose husband and eldest son are too sick to work. Work is hard to get in Gaza, where the unemployment rate now exceeds 50%, so the family of 14 depend on charity.

“Winter is coming soon, and my anxiety and tension have increased. It is the season of suffering for me and my children because of the condition of our house,” Umm Yasser tells us.

“Every year our house is flooded with rainwater because of cracks in the walls. The roof is made of tin sheets, which often flies off due to the wind or aerial bombardment. [The children] have to wake up in the middle of the night to move away from the rainwater that reaches their sleeping places,” she says, pointing out that the children are often ill during the winter.

“The windows were shattered in the shelling and unfortunately, we couldn’t repair them,” she adds, explaining that last winter she tried putting blankets over the broken windows but they “quickly got wet and the water leaked into the house.” 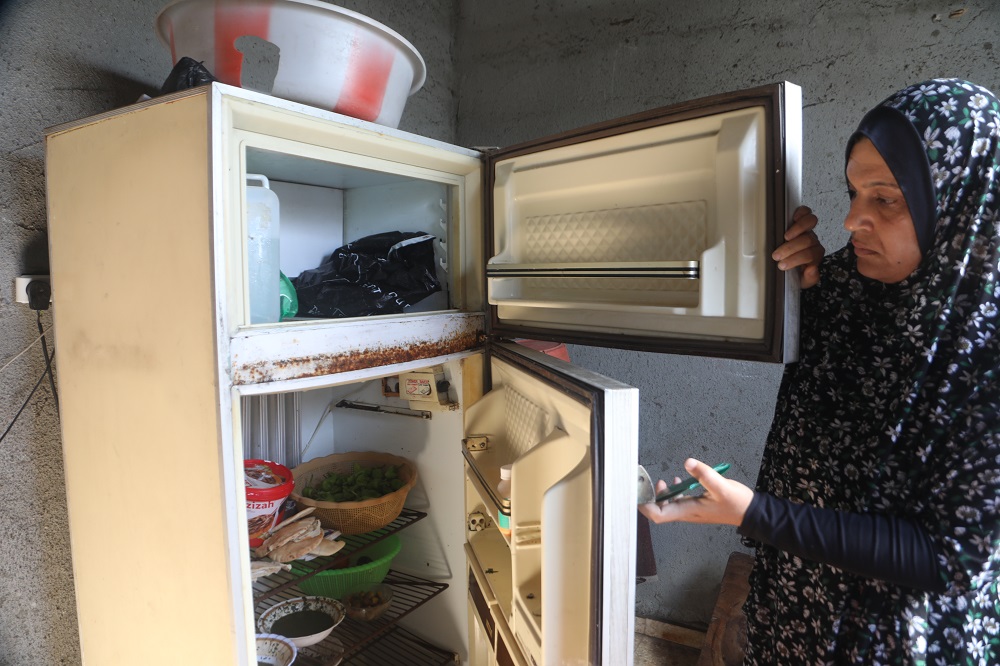 The rain has broken the family’s rusty refrigerator, their washing machine, and even damaged the children’s schoolbooks.

Umm Yasser’s family is not the only household dreading winter’s arrival.

Hazardous housing provides no protection from the rain and cold

The season means greater hardship for Abu Ali and his family too. His home, which he shares with 13 relatives, also has cracked walls, broken windows and a roof patched from tin and asbestos sheeting.

The house’s dilapidated condition makes it impossible to keep out the rain and the cold.

“We don’t have heating and rely on a wood fire to keep warm… this isn’t safe because I have small children and old parents who can inhale the bad fumes. But what can we do and how can we get warm when the rain soaks us every year?”

As a farmer who only has work in the harvest seasons, Abu Ali can rarely afford even essentials like medicine and warm clothes.

“We adults try to endure the cold and do not complain, but the children… need a lot of clothes in winter. Unfortunately, every winter comes without them having the necessary clothes.” 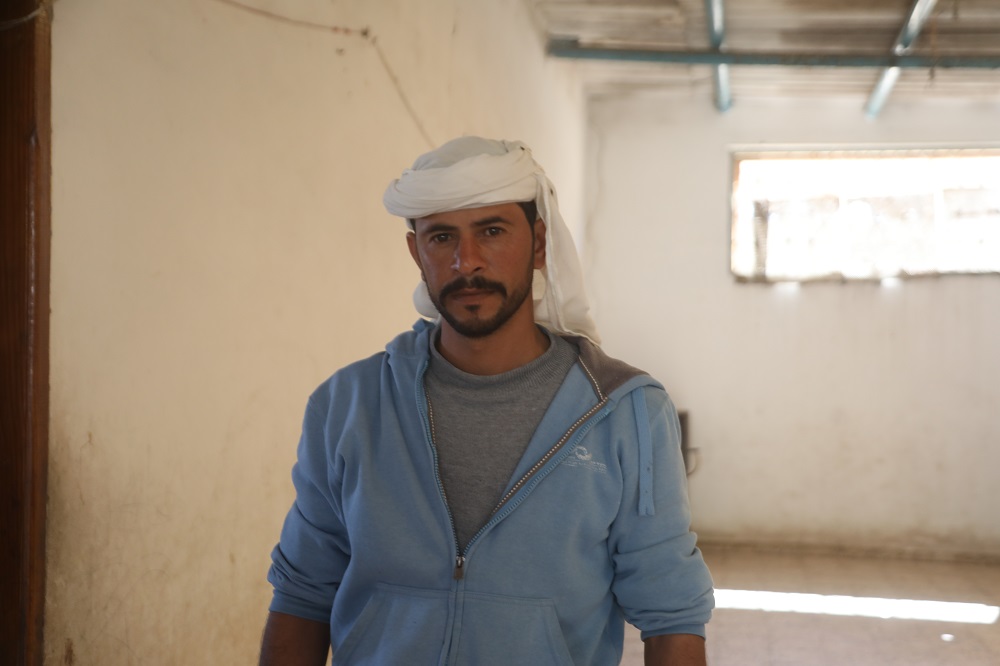 Abu Ali struggles to keep his family warm and dry during the winter.

A safe and warm home for the most vulnerable families

On Saturday those in inadequate housing had an especially bleak day, as Gaza experienced its first rain of the season.

“I remember visiting a family who had benefited from one of these projects. The mother told me this was the first winter she wasn’t dreading. She said the family used to have to move out to live with relatives during the winter, and for the first time was able to stay at home and even have others come to stay.”

But there are still over 8,000 families living in hazardous homes that put them at particular risk this winter. Islamic Relief plans to help as many as we can.

As well as supporting people like Umm Yasser and Abu Ali to repair and improve their housing in time for winter, we plan to give them warm clothes and blankets.

Last year, over 485 vulnerable people benefited from our winter survival programme. They received mattresses, blankets, pillows as well as gas heaters and cookers.