Zeynab was only 7-years-old when she underwent female genital mutilation/cutting (FGM/C) in Somalia.

“My whole family advocated for my marriage and genital circumcision,” recalls Zeynab, who is now 40-years old. “What shocked and hurt me the most is that it was women who surrounded me – my mother, aunts, my neighbours, everyone – the women all urged me to accept it.”

Zeynab was subjected to FGM/C – which is the total or partial removal of the external female genitalia, or other injury to female genitalia for non-medical reasons. The practice is deeply rooted in Somali culture and 98% of Somali women have undergone it.

The ritual is usually performed by a local woman, with the use of knives, scissors or razor blades to remove parts of the genitals, while female relatives hold the girl down.

FGM/C is divided into four subcategories, depending on the severity of the procedure. The most severe form is the total removal of the clitoris, the labia minora and the intersection of the labia majora. The sides of the labia majora are sewn together, leaving only a small hole for urine and menstrual blood to pass through. 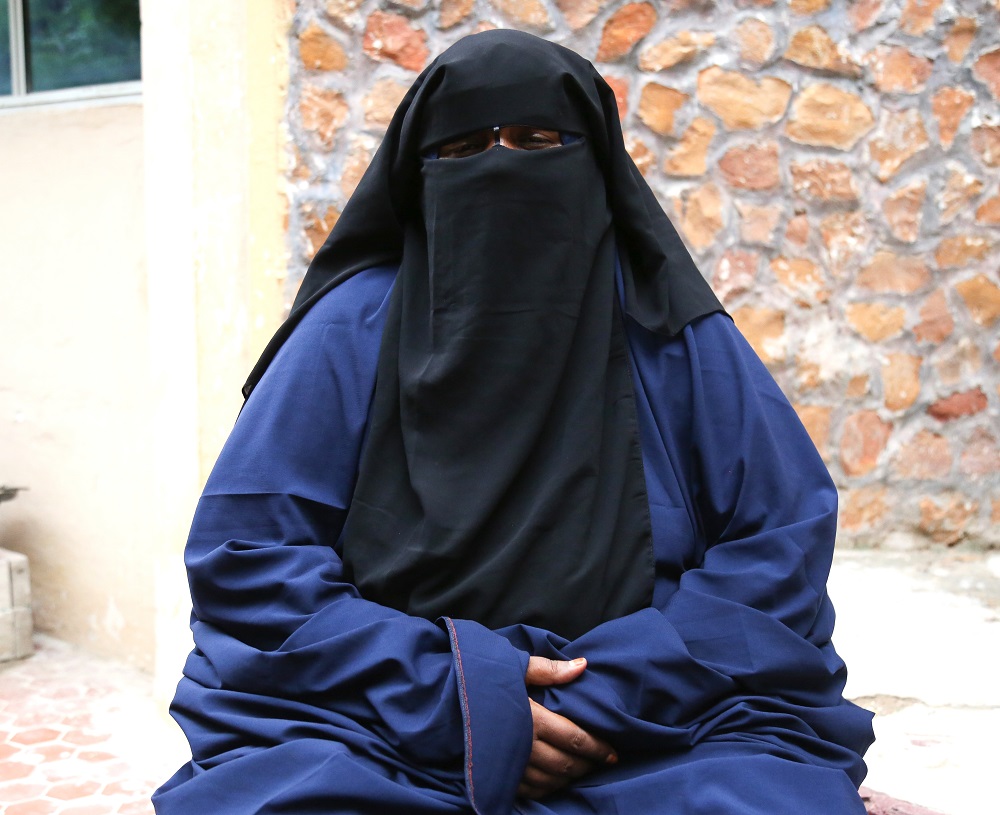 Although Zeynab is used to telling her story honestly and openly, discussing the painful details of her life still exacts a great emotional toll.

“My family married me off when I was 13 years old, after they circumcised me. I was told that I now was a woman, and that I finally stepped into womanhood. But no one told me that if you have had female genital mutilation, you cannot walk for 3 or 4 days after having had sex for the first time,” Zeynab says.

Many do not understand the harms caused to the health and well-being of girls and women. While the FGM/C itself takes less than half an hour, the consequences last a lifetime. Afterwards girls may develop infections or excessive bleeding, and face problems with childbirth, urination and menstruation.

“I was one of those women, I had to give birth by caesarean section, as I could not deliver normally due to the genital mutilation,” explains Zeynab.

Beliefs relating to maintaining and preserving the family’s honour fuel FGM/C. The older generations of women, who often make decisions about FGM/C, see it as a fundamental part of female identity and as a social obligation. Many boys and men expect to marry a girl who has been circumcised. And girls fear social exclusion and lack of marriage prospects if they do not undergo FGM/C.

“Women don’t do it because they hate their daughters. They do it to please men.”

Thanks to Islamic Relief’s training on literacy and health education, highlighting the risks of FGM and the rights of women and girls, Zeynab is now committed to protecting others from the same suffering. She provides information to women about the harmful consequences of FGM/C. She also raises awareness amongst men, warning them against being silent.

“Not all men are bad in Somalia, but the good men are silent and as long as they are silent, they are not good men”.

Community attitudes to FGM/C are changing, slowly but surely, thanks to women like Zeynab speaking out.

Islamic Relief is responding to the Covid-19 pandemic in more than 20 countries, including Somalia, with a focus on protecting vulnerable children and communities from the impacts of the pandemic.

Measures to address increased risk of gender-based violence and harmful practices, including FGM/C, are included in our response.

Help protect women and girls. Your donation could save lives. Donate now.