Five years since the outbreak of conflict in Yemen and Yemeni men, women and children are struggling to survive.

Gripped by one of the worst humanitarian crises in decades, every day, almost 16 million Yemeni people wake up hungry.

What’s more, without food assistance, this number would sadly jump to a staggering 20 million overnight.

For local families, simply having enough food to eat has become increasingly difficult across the country. People’s livelihoods have been destroyed by the conflict and opportunities to earn a living devastated by the fallout.

With a lack of money and food, a staggering 9.6 million people are one step away from famine. 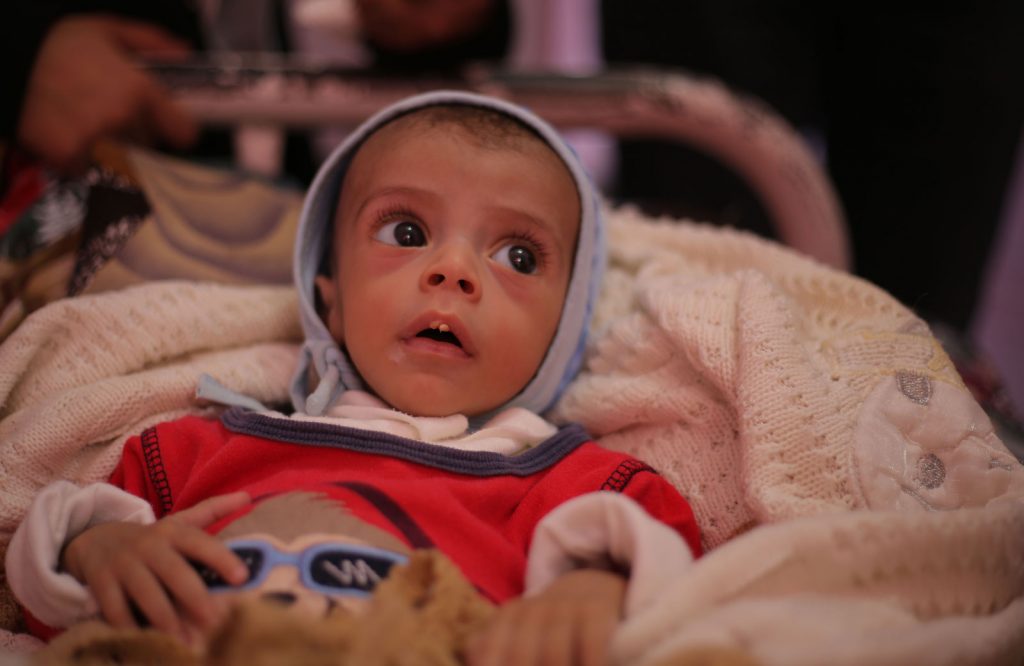 High numbers of children are facing severe malnutrition across Yemen due to the impact of the five-year-long conflict.

With the ongoing impact of the war on local services and the economy, growing up in Yemen is immensely challenging. For babies and young children in particular, levels of malnutrition are incredibly high.

Out of an estimated 7.4 million people who require services to treat or prevent malnutrition, two million are children under five years of age.

Children like Leila*, just 12-months and living near Hodeida in the west of Yemen.

When we met Leila, she was in desperate need of care. However, paying for healthcare was completely out of reach for Leila’s family.

Leila’s father Ahmad* is a labourer and struggles to support his family of five on the little he earns building straw houses.

When Leila’s parents brought her to Al Qozan health unit supported by Islamic Relief, the doctor weighed her. Sadly, the doctor confirmed that she was suffering from severe acute malnutrition:

My daughter was skinny and sick. She weighed 4.7 kg. She was so weak and had a small appetite, which intensified her condition. (Fatima*, Leila’s mother)

Weighing so little, Leila urgently needed medical assistance. Alhamdulillah, that’s where we were able to help. 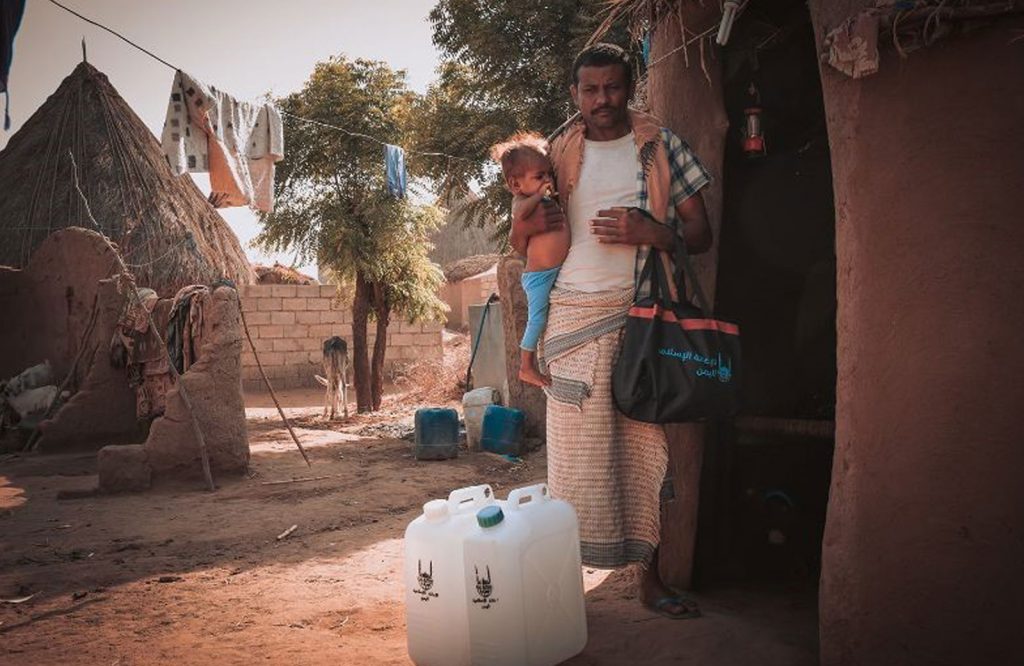 Living in war-torn Yemen, Ahmad was struggling to provide healthcare for his children.

Here at Islamic Relief, not only did we build the Al Qozan health unit in Hodeida to provide families with critical care, but we’ve also been supporting it so that it can provide malnutrition treatment.

Alhamdulillah, with the help of the unit, Leila recovered from malnutrition. She now weighs 6.8 kg – much better than before, but still two kilos less than an average baby.

Of course, her family were delighted with the support they received:

I was committed to bringing Leila regularly to the health facility to take her measurements and get nutritional support. Thank God my lovely daughter is better now. She is healthy and beautiful.

Before the Al Qozan health unit was built, we suffered a lot. The closest health facility was five hours away. That’s too far for me to be able to get regular treatment for my child.

[The health unit] is providing life-saving assistance for my daughter and all the people in the village. Leila’s father, Ahmad)

It’s thanks to the clinic, that Leila can face a much healthier future with her family insha’Allah.

Since the outbreak of conflict in Yemen, we’ve been supporting communities in crisis during their time of need. So far, we’ve helped over 3.4 million people across 17 governorates.

Of course, none of this would be possible without your help. Your generous donations are saving the lives of children like Leila and tens of thousands more.

Thank you for supporting our critical work. You are life-savers.

This Ramadan, food supply chains have been disrupted by COVID-19. Those most vulnerable around the world desperately need your support to provide food to families in critical need. Your Sadaqah and Zakat have the power to help change this.

Will you keep a child safe from hunger?

Donate to Islamic Relief today and help save lives.