This International Day of Peace, discover how young people in the Philippines are overcoming walang pakialam (apathy) to embrace pagkakaroon ng pakialam (social engagement) in the push for peace in Mindanao.

Around the world young people are often sidelined in peace dialogues and peacebuilding work as political elites try to tackle the critical political, social and economic issues that give rise to conflict. Young people in the Philippines are no strangers to this.

“There was a time when I was angry with my family for giving birth to me in this place of unending armed conflict and violence,” says Munisa, 21, who lives in Gawang barangay (village) in Datu Saudi Ampatuan district.

Like many other communities in her area, Munisa’s village had experienced decades of conflict as armed groups clashed with government forces. The war left the Bangsamoro region in Mindanao with the worst human development indicators in the country.

“We did not know what peace is. I felt hopeless and saw no future for me, as war burned our house to the ground on two occasions, drove us from our community, and my studies were continuously disrupted,” adds Munisa.

In their communities, most disputes, whether over land, violent attacks or marriages, were traditionally handled through community leaders, elders and faith leaders. Few young people were involved. Many say they felt their voices were not heard and that they had no confidence to contribute, since their communities saw this as the domain of adults.

Then Munisa joined an Islamic Relief peacebuilding project funded by the Swedish International Development Cooperation Agency (SIDA). Some 50 young people took part in a peace camp, where they learned to strengthen social cohesion in their communities and understand the drivers of conflict and how to prevent them. 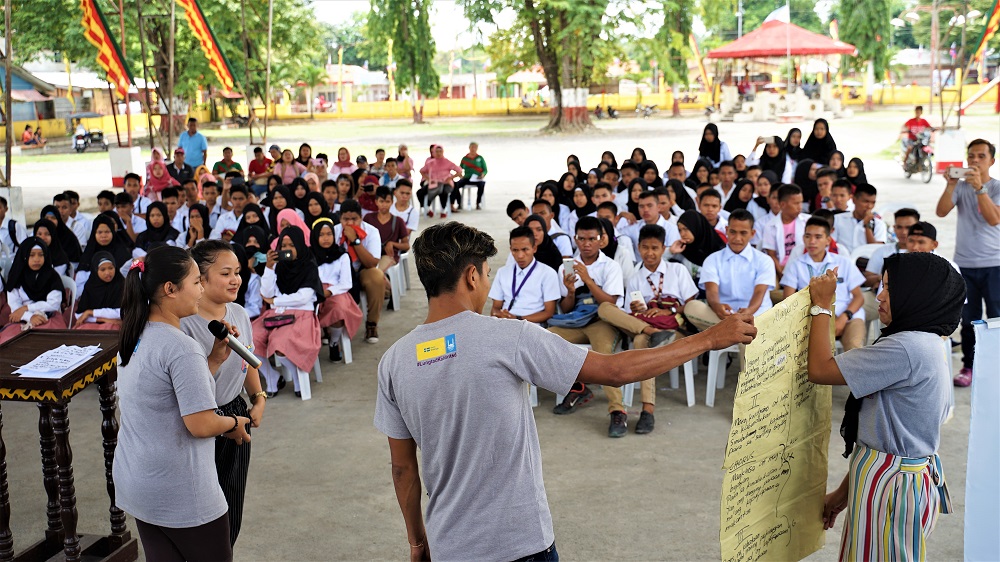 In addition to the camp the young people received training on dialogue, negotiation and mediation skills and were shown how to advocate for peace through writing, singing, social media and more. 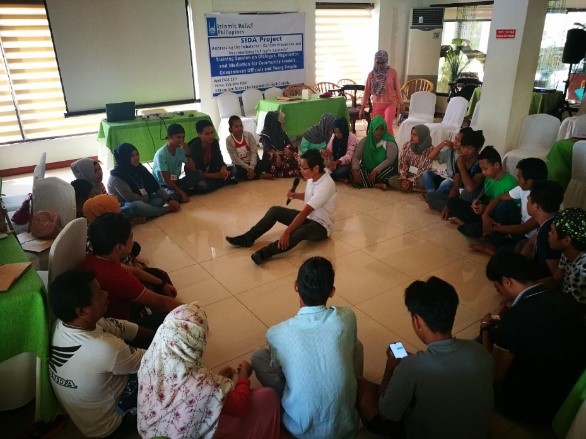 The Islamic Relief project sought to enable young people to overcome walang pakialam, a Tagalog term referring to the state of apathy, to pagkakaroon ng pakialam.

“Ang pagkakaroon ng pakialam is about caring for the members of the community,” explains Rehana, 21, of Magaslong village. “Caring means walang maiiwan (nobody is left behind).”

The project inspired Rehana and other young people to take action, she says.

“We have fed children and conducted cleaning of public places in the barangay and other civic activities. This builds harmony and unity among the people. In this manner conflict is avoided.”

Munisa was also motivated to contribute.

“The project rekindled my spirit,” she says. “I thought Allah may have a plan for me. Perhaps I have a role to play in the building of peace. Perhaps I could encourage my fellow youth to go back to school and build our future.” 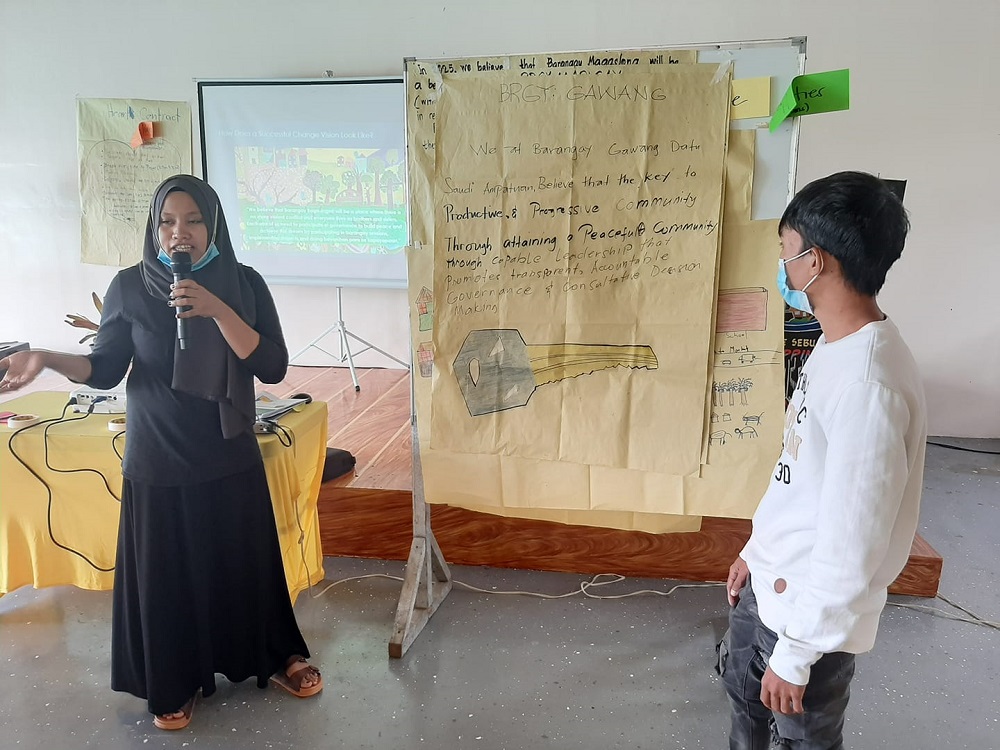 Munisa is now a youth peace advocate in Gawang village.

Buoyed by her newfound knowledge and confidence, Munisa decided to become one of 30 youth peace advocates working across three districts. It is a key role, as 23-year old Namrah, another of the peace advocates, explains.

“As peace advocates, we help verify information every time there is [a rumour] about conflicts and the security situation and we share only correct information. We use social media and text messages to minimise the fear of our relatives and friends and guide them into proper actions to take.”

Determined to make sure that young people can contribute to peace in their communities, the advocates are already making progress. Some are now members of peace councils, others represent youth in negotiating with village officials and lobbying municipal government.

“I am using the local radio as a platform for peace advocacy,” says Noraisa 30, who lives in Talibadok. She now regularly guests on a local radio programme and has helped organise a youth group in her village to help them push for better public services.

Though the Bangsamoro peace agreement has been in place since 2014, people remained hesitant to interact with those on opposing sides. So Munisa has been building bridges between communities in her village.

With friends on both sides, Munisa and her classmates decided to organise a ‘boodle fight’. Held before Covid-19 social distancing restrictions, diners were invited to gather around a long table to eat food with their hands.

“We wanted to show our friends from both sides that it is alright and safe now to interact with one another, as the conflict has already been settled,” she says, describing how the gathering removed boundaries between people as they enjoyed their meal, renewing friendships and sharing happy moments.

Islamic Relief believes that it is only possible to achieve lasting change if all marginalised groups are involved in the solution. Our peacebuilding work also includes empowering young people in countries such as Pakistan, Indonesia and Kenya.

With your support, we can continue to build bridges between communities and equip local people to secure lasting peace. Donate now.